With the help of a nearly $1 million grant, Child Advocates, Inc., is partnering with Indianapolis Legal Aid Society in a pilot project designed to sweep youths from the child in need of services process and get them into stable homes.

The Child Permanency Pilot Project was developed to help ease the increasing number of abused and neglected children flowing into the juvenile division of Marion Superior Court. It will identify families who have either a relative or friend available to care for the youngster, and then help those adults get guardianship of the minor. Once the guardianship is established, the CHINS case is closed and removed from the court’s docket.

“I think the whole goal is to get that child into a familiar, nurturing setting which these other family members often can provide,” said ILAS staff attorney Laurie Goggins. “For the child, it takes away the stress and conflict of not knowing what tomorrow is going to hold.”

The idea for the project sprouted during a lunch between Child Advocates executive director Cindy Booth and ILAS general counsel John Floreancig. Both agencies, each well aware of the fallout that comes from CHINS cases, thought this pilot would enable them to pool their resources to help troubled families as well as the court.

A three-year, $990,000 grant from the Lilly Endowment helped to turn the idea for the program into a reality. The funds will be divided between the two nonprofits with ILAS receiving a total of $360,000 and Child Advocates getting $630,000. When the grant runs out, the hope is the pilot will continue as a self-sustaining program.

Once the initiative is launched Dec. 1, Booth estimated the pilot project could help 400 to 450 children annually get their CHINS cases closed and into permanent homes.

Those numbers are dwarfed by the rise in CHINS cases in Marion County and the resulting ripple effect. Driven largely by the opioid and heroin crisis, new CHINS cases have more than doubled from 2,336 filed in 2011 to 4,797 in 2016, according statistics from the Indiana Supreme Court. Now more than 40 percent of all new cases filed in the juvenile division are CHINS.

At Child Advocates, staff members are taking more cases because there are not enough volunteers. Booth said her organization will have 700 volunteers by the end of the year but will need 1,200.

“When that onslaught of children started to happen, everything was overwhelmed,” Booth said. “… You start in the courtroom, the dockets, not enough bailiffs, not enough court reporters. Then you just go out from there, not enough foster families, not enough service providers, not enough volunteers for Child Advocates.”

Linked to the classroom 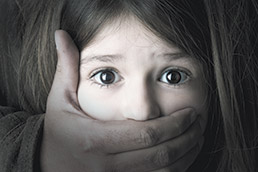 The key to the pilot program is the new position of permanency facilitator being created at Child Advocates. Long the idea of the agency’s juvenile court program director Gregg Ellis, the facilitator will meet with all the parties in the CHINS case, including the parents, their attorneys, and representatives from the Indiana Department of Child Services, and assess the family’s situation.

As a part of this process, the facilitator will help the participants identify a relative or close family friend who could serve as a guardian for the minor children. That individual will then be directed to ILAS, where the attorneys will file the petition for guardianship.

The bulk of the grant money will be used for additional personnel. Child Advocates will hire the permanency facilitator along with two more mediators who will be available to work with families at the beginning of the CHINS case and during a termination of parental rights proceeding. ILAS will bring on two new attorneys to primarily focus on the guardianships.

Child Advocates and ILAS say this project will provide security and stability for the children. The youngsters will likely already have a bond with the guardian and feel safe living with that adult. In addition, the child will be in a stable environment rather than having to undergo the repeated trauma of moving from one foster home to the next.

The Lilly Endowment sees the project as aligning with its interest in promoting the healthy development of youth. Through its grantmaking, Lilly wants to support programs that enhance what the children are learning in school and help them reach their full potential.

“The pilot project holds the promise of helping at-risk and vulnerable children move more quickly and smoothly from the child welfare system into safe permanent homes where they can have the opportunity to thrive,” said Judith Cebula, communications director for Lilly Endowment.

Floreancig applauded Lilly for understanding what happens outside the classroom can hinder a child’s ability to learn. Flooded with worries and fears about the problems at home, children will have difficulty concentrating on reading, writing and arithmetic.

“I think a lot of funders are looking at childhood education but they’re ignoring some of the big base problems that these kids can’t get an education if they don’t know where they’re going to be,” he said. “I’m really glad the endowment really looked at it from a base perspective. If these kids are being bounced around the system, how can they get an education?”

The agencies believe the benefit from the pilot project will also reach the parents and guardians.

Along with filing the petitions for guardianship, ILAS also plans to take the extra step of filing expungements for those adults who want to be guardians but are ineligible because of a past felony. Staff attorney Amy Tate explained an individual might be a good fit for the child but a misstep several years ago that led to a conviction may make providing for the minor a struggle. The expungement can remove the barriers to getting a driver’s license, a higher-paying job and better housing.

Tate and Goggins, who are both social workers in addition to being attorneys, like that the project is about finding solutions rather than fighting an adversary. “We’re thrilled to have this opportunity to really be able to say, ‘We can help this many children get stability by helping these family members,’” Goggins said.

For the parents, the project offers some peace of mind. They will know their child is safe and with someone they trust so they can focus on their own problems and work toward reunification.

Even so, Booth sees the need to offer parents more help once the CHINS case has ended. The work for the Department of Child Services, the public defenders and Child Advocates concludes when the guardianship is complete, but the parents will still have to face the issue that got their children taken away in the first place. She wants to give parents an exit strategy. When the case is over, they should be pointed toward some resources and services that can assist them in the next steps.

After the pilot is started, the agencies will be required to submit program and financial reports every six months to the Lilly Endowment. Floreancig is optimistic about the project’s success.

“Really there’s no downside,” he said. “You’re just doing good. I don’t see failure in this.”•