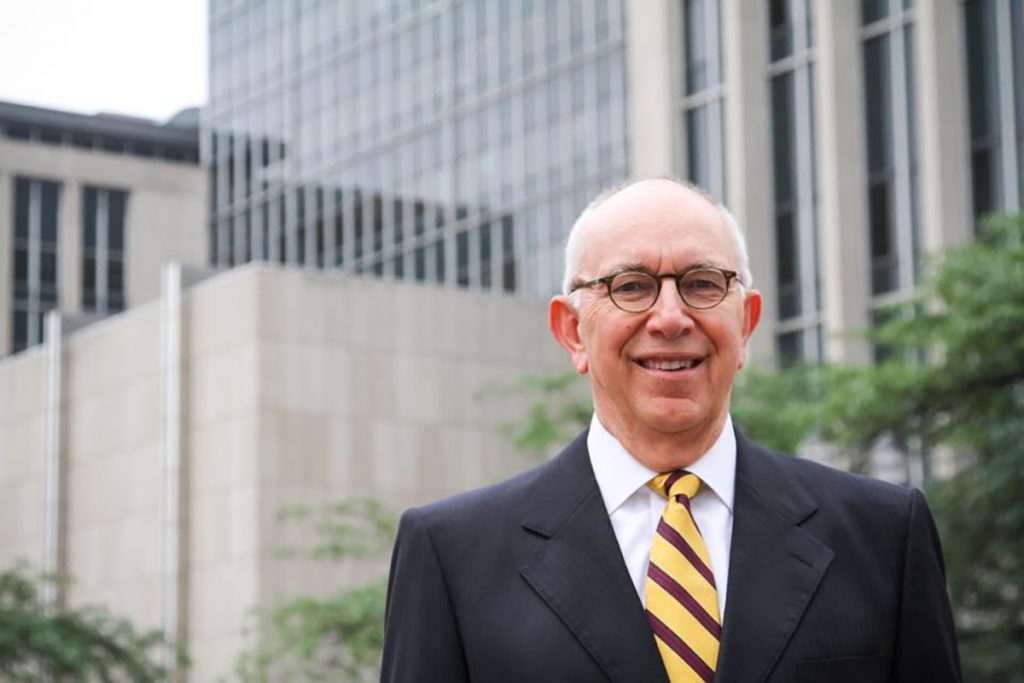 As a three-term elected prosecutor in Marion County, Terry Curry had a well-defined philosophy: The work the office did was serious, but its employees should never take themselves too seriously.

Curry, 72, died June 29 after stepping down from elected office in 2019 due to a battle with prostate cancer. But even after nearly two years without him being at the helm, those who knew and worked for Curry say his philosophy still influences the Marion County Prosecutor’s Office today.

“Terry was a man of action and progress, and his impact will continue to be felt in our community,” Ryan Mears, current Marion County prosecutor and Curry’s successor, said in a statement. “He was a leader who unapologetically stood for fairness and integrity, and he influenced others to do the same throughout his accomplished legal career.”

“He was a well-respected leader in the legal community whose exemplary career was a source of pride for the law school and an example for our students to follow,” Bravo said. “His loss is deeply felt, and he will be missed.”

Love of the law

“He was a lawyer’s lawyer and a prosecutor’s prosecutor,” Stoner said. “… As a trial lawyer he was extremely well-regarded.”

Ross Anderson, the current MCPO division chief over major felony courts who worked on Curry’s 2010 campaign, agreed. There can be a perception that elected officials might be good politicians but bad lawyers, Anderson said, but that was not the case with Curry.

“He was very good in trial. He knew how to appeal to a jury. He had that skill set,” Anderson said.

Even after he stepped down in 2019, Curry continued working at the prosecutor’s office for a time. During his years in the office, Curry was known to sit with his deputies and discuss their cases.

“He loved being a lawyer. He loved talking to other lawyers about their cases, and in doing so he would mentor people, but it was done in such a collaborative way that the deputy prosecutors never felt like he was being too professorial about things,” said Laurel Judkins, Curry’s first chief counsel. “He just wanted to talk about the cases.”

Even as elected prosecutor, Curry tried several cases. Those who knew him agree that Curry never let the politics of being an elected official in Indiana’s largest county distract him from the work of being a lawyer.

“He loved criminal justice,” said Marion Superior Judge Charnette Garner, who worked for Curry as a deputy prosecutor and later as his chief counsel. “He loved the trials and everything that goes into being a prosecutor.”Doing the ‘right thing’

In addition to taking their work seriously, Curry’s employees recalled his emphasis on doing the right thing in each case. According to Judkins, the “right thing” to Curry meant following the letter of the law — even if he didn’t agree with it.

Garner agreed, adding that Curry was not focused on achieving a specific number of convictions. If the right thing was to dismiss a case, she said, Curry trusted his deputies to do so.

That philosophy was particularly important when Curry first took office in 2011. His predecessor, Carl Brizzi, was reprimanded by the Indiana Supreme Court for statements he made about high-profile murder cases and was investigated for allegedly taking bribes while serving as prosecutor.

Curry’s commitment to following the law gained him friends on both sides of the courtroom. Although their respective attorneys were on opposite sides, Marion County Chief Public Defender Robert Hill considered Curry a friend as well as a professional colleague.

Hill, who has always worked as a public defender, remembered Curry as being “a breath of fresh air” when he was first elected as the county prosecutor. Curry, Hill said, set the tone for his office by being collegial, professional and encouraging excellence among prosecuting attorneys.

“I think he restored stability to the prosecutor’s office,” Hill said. “I think he always made it possible to engage in constructive dialogue and have a good relationship with people on the other side.”

Curry also helped the public defender agency beyond his role as prosecutor.

In years past, when the public defender agency had to raise money by hosting a golf outing and organizing the public defenders’ ball, which featured several bands, Curry was always among donors who happily played a round or listened to the music in support of his counterparts.

On the golf course, Hill remembered that Curry never became frustrated. He remained as easygoing when he was playing golf as he was when he was in the courtroom or chatting in the hallway of the City-County Building.

“I, for one, will miss Terry not just personally but professionally,” Hill said.

Aside from facilitating the work of his office, Curry was dedicated to criminal justice reform. One issue he took particular interest in was the work to enact a hate crimes law in Indiana.

David Sklar, assistant director of the Indianapolis Jewish Community Relations Council, met Curry in 2014. when the prosecutor extended an The The two worked together for the next several years as the effort to enact a hate crimes law blossomed into a coalition of several community groups that regularly showed up at the Statehouse to convince reluctant legislators that Indiana should not be among a handful of states without bias-crimes statute.

Sklar said the prosecutor was not interested in the internal politics of the Legislature but kept the conversation focused on why he thought the law was needed and how it would be used. As the prosecutor from the most populous county in the state, Curry was a counter to other prosecutors in Indiana who told the Legislature a hate crimes law was not needed.

Advocates waited through several disappointments before a hate crimes law was passed in 2019. Sklar remembered Curry was “one of the more even-keeled members of the coalition” and never waned in his enthusiasm as the Legislature hesitated year after year.

“He was always accessible,” Sklar said. “He was always my first call whenever I had a legal question about how the law would be applied.”

Curry was also known for his advocacy for Indiana’s Second Chance Law and responsible gun ownership. Also, Anderson recalled a noticeable drop in death penalty filings out of the MCPO under Curry’s leadership as compared to Brizzi.

“There were people who tried to use that as a political weapon against him,” Anderson said. “… But Terry never decided to do or not do something because it was politically expedient.”‘TC is awesome’

Though he led the largest county prosecutor’s office in the state, Curry is remembered by his deputies and other employees as a down-to-earth man who made everyone feel welcome.

Wildridge recalled a meet-and-greet the office hosted after Curry was first elected in 2010. She had introduced herself to Curry after briefly meeting him on an elevator, and when he saw her at the party, he spoke to her by name.

“I was super impressed,” Wildridge recalled, becoming emotional as she discussed her former boss. “I was used to being nobody in the office.”

Curry was also known for his sense of humor.

Garner remembered one instance when she was conducting a jury selection shortly after Curry was elected, only to find his daughter among the potential jurors. Taken aback by meeting her new boss’s daughter, Garner eventually recovered and jokingly told Curry’s daughter that regardless of whether she was picked to serve, she should tell her father that Garner had done a great job.

Later, “I was walking back to the office and I saw Terry and his daughter walking toward me, and he was cracking up,” Garner recalled, laughing at the memory more than 10 years later.

Janna Skelton, a deputy prosecutor who for most of Curry’s tenure was the supervisor of the office’s Grand Jury Division, said Curry set a tone in the office of giving lawyers autonomy and trust to do their jobs well.

Skelton said Mears, who also served under Curry, has continued that tradition since Curry stepped down.

Asked what it was like to work for Curry, Skelton gave a description that sums up the sentiments of those who knew him: “TC is awesome”

Funeral arrangements for Curry were still pending at IL deadline.•