Home » Homeowner must pay damages to contractor, but contractor not entitled to prejudgment interest, COA rules 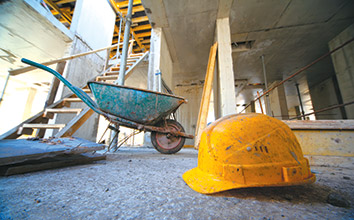 A contractor who sued a client after they refused to pay him despite not having a physical contract will get money damages after the Court of Appeals of Indiana denied the client relief. However, the contractor will not receive any prejudgment interest.

Fred Kreigh partially constructed a home for Bernard Lash in 2019 and 2020, but the parties did not sign a contract relating to the work.

After completing the “shell” of the home, Lash asked Kreigh if he would be interested in also doing work on the inside. Kreigh agreed and continued the construction, periodically incorporating a variety of changes to the original plans at Lash’s request.

After construction finished, Kreigh provided Lash with an invoice and itemized list of charges.  At that point, Lash owed $160,990.56, less the $60,000 payment already provided for the shell, which Kreigh treated as a deposit. The figure included the time of labor as well as materials Kreigh had paid for.

Lash disagreed with the amount, which had not been quoted to him until that point, and refused to the pay the bill. Kreigh subsequently filed a lawsuit.

The Noble Superior Court appointed a mediator, but mediation was unsuccessful. While Lash did not complain during the construction, he produced a list of alleged construction deficiencies after Kreigh filed suit.

In February 2022, the trial court concluded that Kreigh was entitled to recover damages, pursuant to the doctrine of quantum meruit but that the amount of recovery would be offset by some of the deficiencies in the work that Lash presented. The trial court also denied Kreigh’s request for prejudgment interest on the grounds that the amount of such interest would not have been easily calculable, as is required by caselaw.

Kreigh then filed a motion to correct error and entered a corrected judgment, this time finding the evidence submitted supported the conclusion that Kreigh’s charges represented the fair market value of the work performed for Lash.

Lash was ultimately ordered to pay $91,476.66 as well as postjudgment interest.

While the Court of Appeals declined to adopt the theory of quantum meruit as to the measurement of damages, it still found the damages calculated by the trial court were accurate.

“We conclude that the trial court did not commit clear error by calculating damages based upon value of Kreigh’s services,” Judge Peter Foley wrote. “The trial court reviewed evidence of the number of hours expended by Kreigh and his associates and heard testimony that the hourly rate was normal — or at the very least, not exorbitant — in the industry. The trial court also reviewed documentation of the materials costs accrued by Kreigh and heard testimony that a twenty percent markup of those costs — billed to the hiring party — is not uncommon in the industry.”

However, on cross-appeal, the COA found the trial court didn’t err in denying Kreigh’s request for prejudgment interest.

“The amount of Kreigh’s claim upon Lash’s breach is not ascertainable from the parties’ contract,” Foley wrote. “The lack of any express term with respect to how Lash would be billed is exactly why the action was brought in quantum meruit. The eventual calculation may have been simple, but it required discretion on the part of the trial court to determine which factors should comprise the calculation.

“The trial court also exercised judgment when it decided to incorporate some of Lash’s list of construction deficiencies as an offset,” Foley continued. “That certainly is not something that the parties clearly contemplated at the formation of the contract.