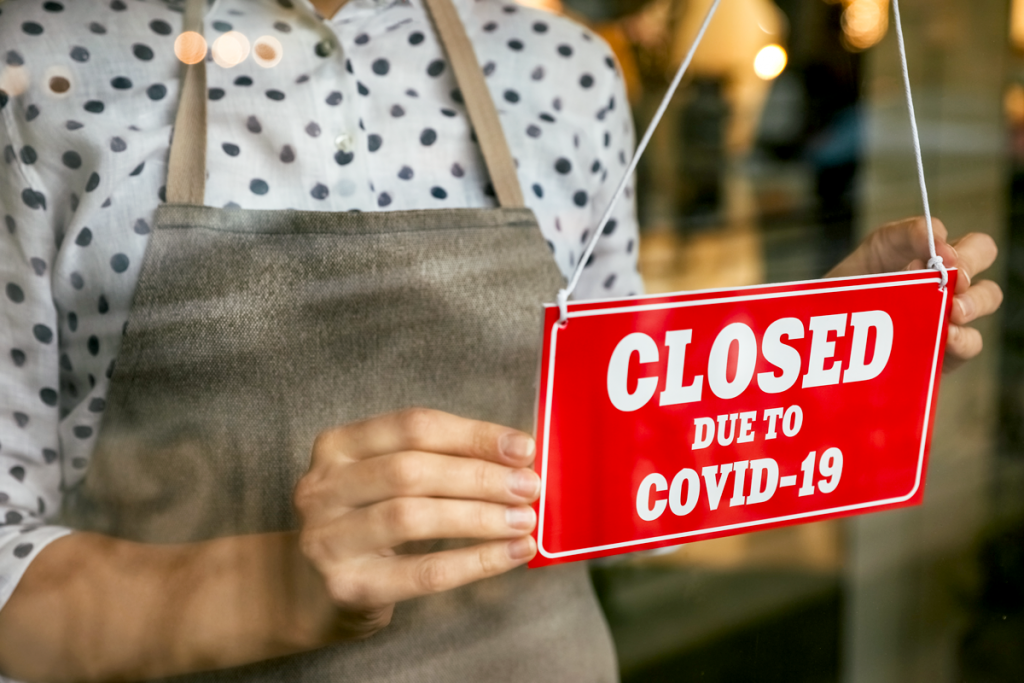 As of mid-January, nearly 1,100 federal lawsuits over denial of insurance coverage had been filed. (Adobe Stock photo)

Chad Zaucha may not understand the nuances in legal arguments over “damage” and “loss” but he is well acquainted with the consequences.

The president and CEO of the YMCA of Muncie thought his organization had comprehensive insurance protection in place. But when the COVID-19 pandemic forced his facility to close then restricted capacity as it reopened, he learned his carrier’s definition of “loss” meant he could not collect on the Y’s business interruption insurance policy.

Three claims from the Muncie Y were all denied in 2020. The nonprofit, which has a budget of more than $7.5 million, recorded a $2 million drop in revenue and a 30% decline in membership. It has had to lay off staff and forgo reinvesting in facilities and equipment.

“We believed we had what we need to have in place,” he said of the insurance coverage.

The YMCA of Muncie has plenty of company.

Since the COVID-19 public health emergency began in March 2020, businesses and nonprofits nationwide have had business interruption claims denied. Business income and extra expense insurance, known as business interruption insurance, reimburses a business owner for lost profits and ongoing fixed expenses while the operation must stay closed, according to the Insurance Information Institute.

The COVID Coverage Litigation Tracker at the University of Pennsylvania Carey Law School reported 1,099 federal lawsuits seeking insurance coverage because of the pandemic had been filed as of Jan. 25. The website noted that tracking cases filed in state courts is more difficult, but it had found 380 state cases and estimated the total number of lawsuits filed in local jurisdictions was more than 900.

Charitable Allies, an Indianapolis firm that provides legal support and education to nonprofits, is advising a handful of clients who have had their interruption insurance claims denied.

Zac Kester, executive director and managing attorney, said primarily his clients are being told they do not qualify for coverage because either their polices contain virus exclusions or their properties did not suffer physical loss or damage. Before filing their own lawsuits, his clients are waiting for a pandemic-related insurance dispute to reach the Indiana Court of Appeals so they can see how the judges rule on the merits of the case.

Meanwhile, nonprofits are struggling to survive without the coverage.

“For the clients it’s incredibly frustrating,” Kester said, pointing out the nonprofits had purchased insurance and thought they had coverage for unforeseen circumstances. Now, the perception is “the insurance companies didn’t uphold their end of the bargain.”

The Muncie YMCA has always reviewed its insurance policies carefully and solicited advice on how to mitigate risk, Zaucha said. But this experience has made him want to take a deeper look at the language to better understand what is covered and excluded.

Kevin Toner, of counsel at Plews Shadley Racher & Braun, said it is reasonable to expect policyholders to rely on their brokers when getting insurance and to read through their policies to understand the limits. Even so, the insureds should not have to have a law degree to decipher terms and conditions.

“Policies have to be interpreted from the perspective of an ordinary policyholder of average intelligence and they have to be interpreted according with their intended purposes, which is to indemnify people for a loss,” Toner said. “Courts forever and ever have recognized this so you don’t just give the benefit of the doubt to the drafter of the policy.”

Interruption suits hinge on the meaning and interpretation of policy terms. Charlie Maiers, a lawyer at the insurance defense firm of Due Doyle Fanning & Alderfer, attributed the rash of court cases to “people having strong incentives to find ambiguity in the policy language.”

To underscore his point, Maiers pointed to the virus exclusion that has been included in interruption insurance policies for roughly 15 years but is just now being litigated in many of the interruption insurance lawsuits. The courts are upholding the provision as shown by the COVID Coverage Litigation Tracker. Of the 154 cases tossed to date, 112 have virus exclusions.

“The insured entities should not be surprised,” Maiers said. “They have a copy of their policy; it’s in writing so they can read it. The fact that losses due to virus or bacteria are excluded, they should have been tipped off.”

Still, Toner and Plews Shadley partner Tonya Bond said policyholders often say they paid their premiums, never made a claim, and now when they most need coverage, they are being denied.

Insurance companies, Bond said, told policyholders, “pay us premiums and we will cover all the risks except for these things we clearly and unambiguously identify.”

Two decisions from the Indiana Supreme Court, she said, have “held insurers’ feet to the fire” to use very specific language. In American States Ins. Co. v. Kiger, 662 N.E.2d 945 (1996), and State Auto. Mut. Ins. Co. v. Flexdar, Inc., 964 N.E.2d 845 (Ind. 2012), the justices found the pollution exclusion in insurance policies to be ambiguous because the language in the contracts was not explicit as to which chemicals were not covered.

Maiers maintained the premiums are correlated to the risks covered. The insurance industry could face serious financial trouble, possibly bankruptcy, if forced to cover losses for which they never collected premiums. Better the government address the economic impact of COVID-19 as it has through such initiatives as the Paycheck Protection Program.

“So to the extent that business owners need relief from the pandemic, that is a matter of public policy and not a matter of contractual interpretation with respect to insurance policies,” he said.

A lawsuit filed by the Indiana Repertory Theatre highlights the arguments over interruption policies that include provisions covering physical loss or property damage.

The professional theater company in Indianapolis had to stop all performances and close its building March 16 because of the public health emergency. A few weeks later, the theater company, represented by Plews Shadley, submitted a claim but was denied on the basis that the organization’s building had not been deformed or
permanently altered.

In Indiana Repertory Theatre, Inc. v. The Cincinnati Casualty Company and McGowan Insurance Group, LLC, 49D01-2004-PL-013137, the defendants argue the plaintiff did not suffer any “direct physical loss to property” because it continued to use the building after the shutdown. The nonprofit still accessed and used its theater to videotape a performance and install new speakers throughout the building.

However, the IRT counters in court documents that it did suffer a “direct physical loss” because it could not fully use its premises. With the coronavirus spread through respiratory droplets during person-to-person contact, the nonprofit could not safely seat the public inside for live, in-person performances. This deprived the organization of the use of its building.

Both the defendants and plaintiff direct the Marion Superior Commercial Court to Cook v. Allstate Insurance Company (Madison Super. Ct., Nov. 30, 2007). There, a persistent infestation of brown recluse spiders made a home too dangerous for a family with very young children. Allstate denied the claim partly because the spiders did not constitute a “sudden and accidental direct physical loss.”

The IRT emphasizes that the court did not agree, finding the family did suffer a “direct physical loss.” Although it was not structurally damaged, the house was found to be “unsuitable for its intended use” because of the spiders.

Again, the defendants point out that while the Cook family had to abandon their home, the theater company continued to use its building after it stopped staging plays. Moreover, the IRT’s claim is different because in Cook the spiders could not be removed from the house. Not only does the virus not live on surfaces very long, but the nonprofit has never alleged the virus was ever in the building.

In Muncie, Zaucha is concerned his YMCA will continue to suffer in coming years because of the insurance claim denial. It will be constrained from offering the programming that serves the community.

The organization will have to adapt and be flexible so it can continue as it has for the last 144 years, he said before acknowledging, “We can’t do everything we were doing before (the pandemic) because we got denied.”•