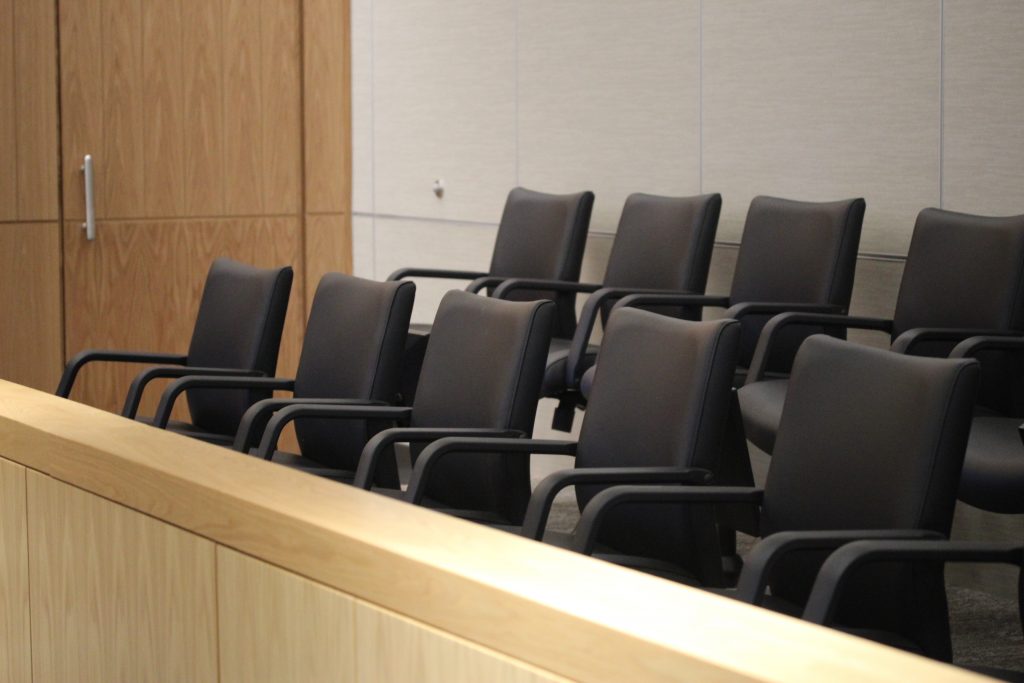 Jurors will have their own screens to use during trials. IL Photo/Katie Stancombe

Jurors at the trial of an Indiana man accused of killing two teenage girls nearly six years ago will be selected from outside the county where the crime took place, a judge said Friday.

Allen County Judge Fran Gull said in court that attorneys for Richard Matthew Allen, 50, of Delphi and the county prosecutor must decide within a week from which county that jury should come.

Allen, who was at the hearing, was charged in October with two counts of murder in the slayings of Liberty German, 14, and Abigail Williams, 13.

However, Gull — assigned to the case after the original judge recused himself — said the trial will remain in Carroll County, where Delphi is located, because friends and family members of both parties are situated in the city, which is about 60 miles (97 kilometers) northwest of Indianapolis.

Allen’s attorneys in November requested the trial location be changed, arguing it would be difficult to form an impartial jury in Carroll County because of intense public scrutiny and media attention surrounding the case. Carroll County Prosecutor Nicholas McLeland agreed with this evaluation on Friday. A gag order in the case has also been in effect since December.

On Feb. 13, 2017, the girls, known as Libby and Abby, went hiking on a trail near the Monon High Bridge, just outside of the girls’ hometown of Delphi. The next day, their bodies were found in a rugged area near the trail.

An unspent bullet found between the girls’ bodies “had been cycled through” a pistol owned by Allen, according to redacted court documents released in November.