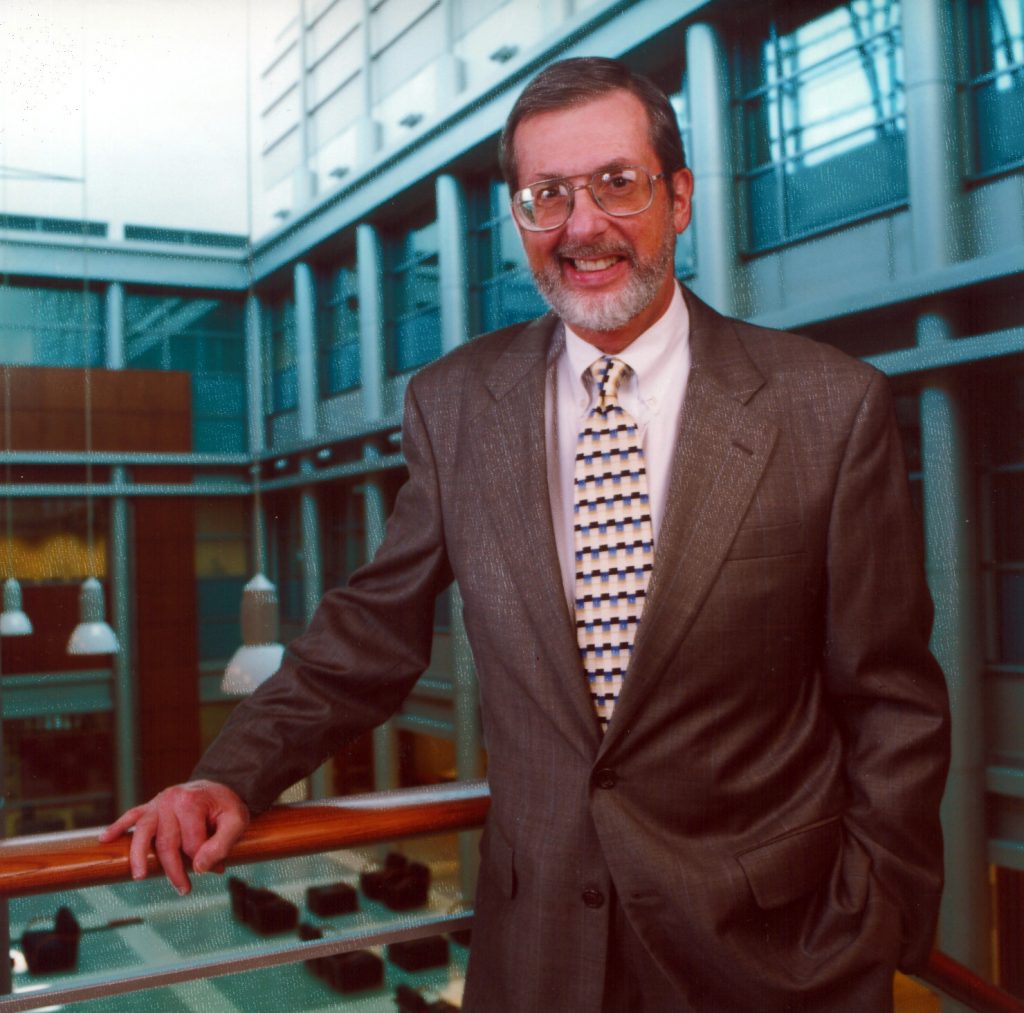 In the middle of what likely was chaos on a spring day in 1971, Norman Lefstein sat down and calmly wrote a petition for habeas corpus.

The Vietnam War was raging, and anti-war protesters had plans to fill the street of Washington, D.C., to shut down the Capitol. Local police had other plans, arresting and detaining hundreds of individuals.

Barbara Babcock, then the director of the fledgling Legal Aid Agency that provided public defender services in the District of Columbia, recalled that time as a highlight of her tenure in D.C. Lefstein was her deputy.

She was the inspiration for the idealist attorneys at “the agency” who were committed to public defense work in the early days after Gideon v. Wainwright, 372 U.S. 335 (1963). Lefstein was the administrator, keeping records, collecting data, and walking the halls of Congress to keep the federal appropriation to “the agency” flowing.

“He could bring out the best in people,” Babcock said. “He could see what they could do, and he encouraged them.”

That day in 1971, Babcock had already marshalled her team of public defenders to represent the protesters as they came before the judges. However, none appeared. No one was brought to the jail or into the court for arraignment.

At Babcock’s direction, the attorneys climbed aboard their motorcycles and snaked through the city streets to look for the protesters. Eventually, they found them — a thousand people locked in a football stadium.

That is when Lefstein wrote the habeas corpus petition, then called a judge at home and convinced him to return to court to hear the case. Babcock recalled presenting the arguments and cross-examining the police officers as moonlight streamed through the courtroom’s windows.

“It felt like a great battle over the next few days, as we deployed the defense resources of the city to representing those caught up in the system and unable to defend themselves,” Babcock wrote in a 2003 article for the Indiana Law Review. “We were able to do a fine job because we were well-trained and well-organized. And that is due, in great measure, to Norman Lefstein.”

The story is part of the legacy in the fields of criminal justice and indigent defense left by Lefstein, who died Thursday at age 82. His funeral will be at 11 a.m. Sunday at A.R.N. Funeral Home, 1141 N. Michigan Road in Zionsville.

Lefstein, like Babcock, went into academia, leading the Indiana University Robert H. McKinney School of Law from Jan. 1, 1988 to June 30, 2002. As the longest-serving dean in the school’s history, he is credited with increasing the financial support for faculty research and promoting the expansion of the clinics, internships and pro bono opportunities for students. Also, he spearheaded the fundraising and planning for the law school’s $37 million building, Lawrence W. Inlow Hall. The three-story structure that stands on the IUPUI campus was dedicated in 2001.

Joel Schumm was a first-generation law student from Ohio, studying at IU McKinney in the 1990s, when he received an invitation from Lefstein. The dean had invited Schumm and several other students to a reception where they learned about and were encouraged to apply for judicial clerkships.

After his clerkships ended, Schumm was recruited by Lefstein to return to IU McKinney in 2001 to teach legal writing. Schumm carried his mentor’s work forward when, in 2008, he created the Appellate Clinic at the law school and has since represented more than 120 low-income clients on appeals.

The clinic is an example of the benefit that came after Lefstein made a key change in the faculty. When Schumm was initially hired, he, like all lecturers, was employed by one-year contracts.

“The following spring, as one of his final acts as dean, he advocated to change our positions to clinical faculty, which significantly improved our status and granted us structure and autonomy to develop and excel,” Schumm, now clinical professor at IU McKinney, wrote in an email. “Without that change, IU McKinney would not have a nationally ranked legal writing program.”

Lefstein’s knowledge and insight carried his reputation beyond the classroom and made him a national expert. He was regularly called upon to provide guidance and direction.

He served as chair of the American Bar Association Section of Criminal Justice and, for 17 years, as chair of the Indiana Public Defender Commission. In addition, he was chief counsel for the Subcommittee on Federal Death Penalty Cases and directed the preparation of the “Federal Death Penalty Cases: Recommendations Concerning the Cost and Quality of Defense Representation,” which was approved by the Judicial Conference of the United States.

“Norm Lefstein was truly a giant among men in the legal community,” Mark Rutherford, chair of the Indiana Public Defender Commission, said. “Countless Hoosiers have benefitted from his visionary leadership in the creation of quality standards for public defense in Indiana. Our state and the nation owe him a great debt for devoting his considerable legal mind and generous spirit to the cause of public service.”

Jerry Buting, a Wisconsin criminal defense attorney who was profiled in the 2015 docuseries “Making a Murderer,” called Lefstein one of his “earliest mentors in criminal defense.” He studied criminal law under Lefstein at the University of North Carolina School of Law in Chapel Hill and remained in touch when his former professor moved to Buting’s home state of Indiana.

Whether in the classroom or the courtroom, speaking on a panel, leading committee, or writing a habeas corpus petition, Lefstein never stopped advocating for public defenders and the rights of the accused. Buting noted Lefstein was disappointed at the ongoing struggles of public defenders, but he continued to work to see the promise created by Gideon v. Wainwright fulfilled.

“I would not have succeeded in my career without the lessons he instilled in me of a defense lawyer who tirelessly fights with integrity to defend people accused in the courts of this country,” Buting wrote in an email. “His legacy lives on in thousands of hardworking, dedicated criminal defense lawyers all over this country.”