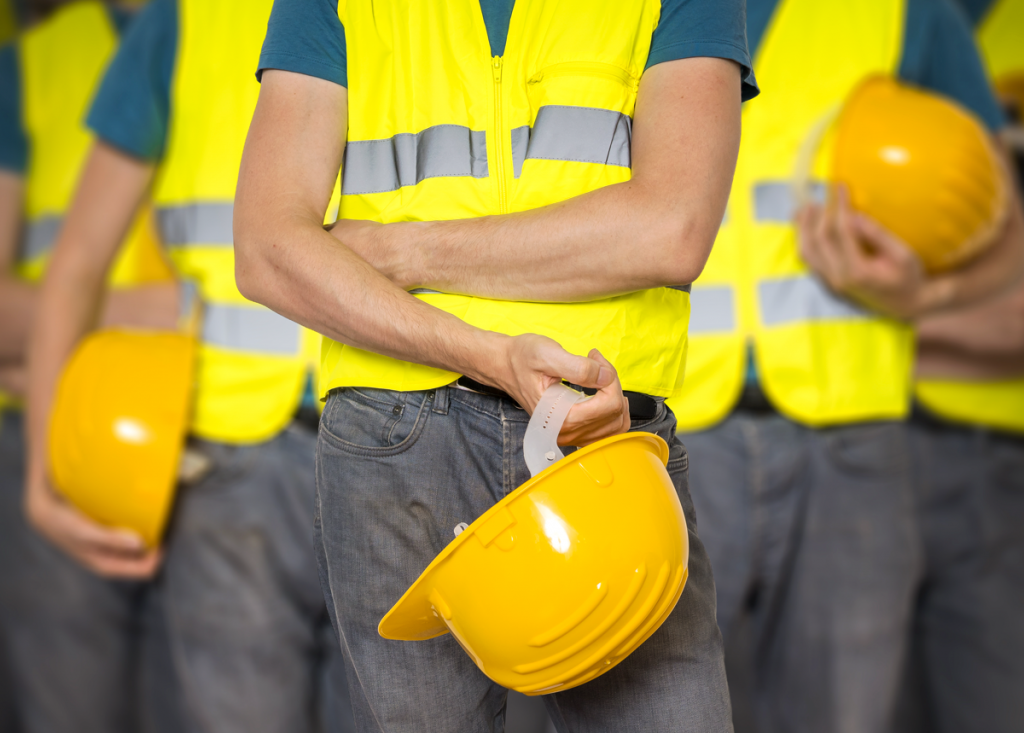 A group of Indiana construction workers’ attempt to decertify their union has been stalled by the union’s contempt proceedings against the workers’ employer. (Adobe Stock Photo)

A handful of laborers in northwest Indiana who want to oust their union are instead having to cool their heels because, their attorney says, the National Labor Relations Board is not following the new rule it finalized last year specifically meant to prevent delays in votes on union representation.

Michael Halkias, on behalf of himself and his co-workers at Neises Construction Corp. in Crown Point, has filed a decertification petition to block the Indiana/Kentucky/Ohio Regional Council of Carpenters from continuing to be the employees’ exclusive bargaining representative. According to the National Right to Work Legal Defense Foundation, which is representing Halkias and his colleagues, all of the construction workers signed the petition to get rid of the union.

But the vote to decertify has been blocked by a series of unfair labor practices complaints filed by the union against the company.

Even though the NLRB approved an amendment that implements a new procedure against so-called “blocking charges” — the reported practice of unions filing an unfair labor practice charge against an employer to prevent a decertification vote — the Hoosier construction workers are still unable to hold an election.

Halkias filed a petition with the regional NLRB. In dismissing that petition in February, the body cited its own precedent. Namely, the board maintained a decertification vote should not go forward when the workers’ dissatisfaction might be caused by the employer’s allegedly unlawful refusal to bargain with the union.

The foundation filed request for the NLRB in Washington, D.C., to review the regional board’s decision. With a two-page filing, the union opposed the review, citing Neises’ “consistent and continued bad faith behavior.”

In an order issued July 14, the board denied the request for review and, in a footnote, explained the basis for its decision. The company is currently the subject of ongoing contempt proceedings so, the board stated, “we need not rely on
the unproven unfair labor practice charge … .”

Frank Garrison, the foundation’s staff attorney, pointed out the seemingly circuitous logic of the NLRB’s position. The contempt citation may be the reason for preventing the decertification vote, he said, but the citation is a direct result of an unfair labor practice filed by the union.

“So they’re kind of back-dooring and turning around the new blocking charges rule that the National Labor Relations Board implemented,” Garrison said.

The carpenters’ union did not reply to phone calls to its headquarters in Greenwood and its office in Merrillville. A request for comment sent to the union’s national headquarters was returned with instructions to contact the regional office.

Also, Suzanne Dyer, associate at Johnson & Krol LLC in Chicago who is listed as representing the union before the NLRB, did not respond to a phone call and an email.

At present, Garrison said, the construction workers are stuck in a holding pattern.

“These workers at Neises are adults and they can make a decision for themselves about whether they want to be unionized or not,” he said. “And federal law won’t let them make that choice.”

Since it was certified as the Neises employees’ exclusive bargaining representative in 2017, the union has had an acrimonious relationship with the construction company.

The union first filed an unfair labor practice charge in 2018, which resulted in the NLRB issuing an order that required Neises to bargain in good faith, according to the foundation’s request for review. When Neises was accused of violating the order in May 2019, the NLRB brought contempt proceedings against the company in the 7th Circuit Court of Appeals.

A settlement agreement was then reached between the board and Neises after the construction company pledged to bargain with the union.

The foundation claims the company bargained “many times” with the union, but in May 2020, Neises was again accused of failing to bargain in good faith. Another consent order was entered into, but while the union and the company met and reached a tentative agreement on certain subjects, the union quit bargaining in August 2020, according to the foundation.

Subsequently, the union and the NLRB filed a second petition for civil contempt in the 7th Circuit.

As the carpenters’ union and Neises were tangling, the NLRB was promulgating a rule amendment that would amend three current practices. The first amendment was described in the Federal Register as modifying the board’s current practices of permitting a party to use an unfair labor practice charge to block an election, including one to decertify a union.

Appellate courts had been critical of the blocking charge policy because of the “potential for abuse and manipulation” by unions seeking to curtail a challenge to their leadership, the board stated in the Federal Register. Moreover, concerns were raised about the agency’s regional directors not applying the policy consistently.

To remedy this, the NLRB finalized its new rule, which implements a vote-and-impound procedure. Now, elections for such things as decertification will not be delayed by an unfair labor practice charge. Rather, the vote will be held and the ballots will be impounded until the charge is resolved and there is a determination on whether the situation impacted the fairness of the election.

Garrison emphasized he is not accusing the carpenters’ union of filing the unfair labor practice charges to block the decertification vote. Still, because the board denied the Neises workers’ request for review, they have no option but to wait for the contempt proceeding to play out.

Indiana’s right-to-work law, passed in 2012, has no direct impact on the dispute with the carpenters’ union, but it is providing some relief for Halkias and his coworkers. As allowed by the state statute, the construction crew is not paying any dues or fair-share fees to the union.

Garrison asserted that without the right-to-work law, the Neises employees would have their associational rights along with their property and First Amendment rights burdened. The unions, he continued, are using the dues money to fund their political activities, and the workers paying the monthly allotment have not choice or control over the political actions the unions take.

“Now, imagine if (the Neises workers) had to pay that union a fee every month when they don’t want the union representing them,” Garrison said. “They would basically be paying for an agent that they don’t want to have anything to do with.”

As for the new rule, the AFL-CIO and the Baltimore/D.C. Metro Building and Construction Trades Council filed a lawsuit in July 2020 against the NLRB. The plaintiffs argue the board violated the Administrative Procedure Act.

Their complaint, AFL-CIO et al. v. NLRB, 1:20-cv-01909, which was filed in the U.S. District Court for the District of Columbia, asserts the factual statements and data the board cited as the reasons for the new blocking charges policy “contained gross errors.” Board member Lauren McFerran highlighted those errors in the dissent she wrote when the new rule was proposed and news outlets, including Bloomberg Law, noted the board had used “flawed data.”

McFerran was chair of the three-member NLRB panel that denied Halkias’ request for review.

The lawsuit was stayed in October 2020 while a question of jurisdiction is settled in a similar case, AFL-CIO v. NLRB, 1:20-cv-675. In that dispute, the board contends the D.C. Circuit, not the district court, has jurisdiction over NLRB-promulgated rules and regulations.

The district court issued an order in July 2020, denying the NLRB’s motion to transfer. It also granted in part and denied in part the parties’ cross-motions for summary judgment.

An appeal was filed to the D.C. Circuit and oral arguments were held in May. No decision had been issued at IL deadline.•