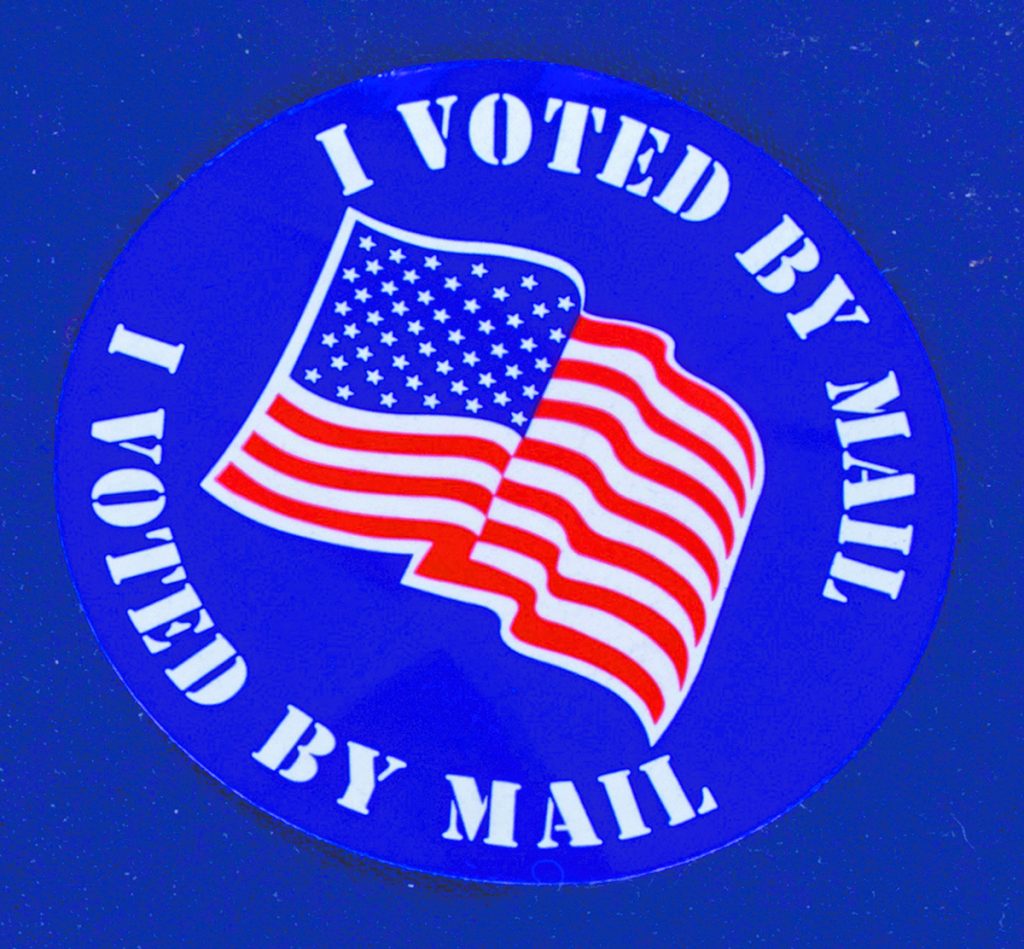 The decision to postpone Indiana’s primary election was met with bipartisan approval and raised hopes the state will be encouraged to permanently expand access to absentee voting.

Hoosiers will have to request a vote-by-mail ballot and adhere to the rules and deadlines. However, for the now-June primary, the restrictions on absentee voting have been lifted and all eligible voters are expected to be able to forgo the polls and drop their ballots in the nearest mailbox.

Julia Vaughn, policy director for Common Cause Indiana, is optimistic this temporary expansion of absentee voting will show skeptics there is “no good reason to resist.” Moreover, she is hopeful legislators will be prompted to take steps in the 2021 session of the Indiana General Assembly to make voting by mail accessible to more Hoosiers.

Key House Republicans applauded Gov. Eric Holcomb’s executive order that suspended the statutory requirement that the primary election be held May 5. The mandate, with the support of Secretary of State Connie Lawson and the two major political parties, was issued March 20 in response to the coronavirus pandemic and concerns that voters would risk their health going to the polls.

Indiana Speaker Todd Huston, R-Fishers, said in a statement that the decision to delay the primary was the right call. He added, “I also support the option of allowing all voters to use mail-in absentee ballots for the primary election to preserve citizens’ rights while protecting Hoosiers.”

At a March 25 meeting, the Indiana Election Commission approved a series of emergency provisions that, among other things, pushed the primary to June 2 and allowed all registered Hoosier voters to submit an absentee ballot by mail.

Indiana law restricts absentee voting by mail. Only certain groups, such as the disabled, the infirmed, the elderly, military personnel and those who must work during the entire 12 hours the polls are open, are permitted to fill out a ballot prior to Election Day.

In a letter to the Election Commission, the Indiana Citizen Education Foundation recommended the form used for requesting an absentee ballot be changed so Hoosiers understand any registered voter can cast a ballot by mail in the 2020 primary.

Also, the nonprofit recommended an online method be developed for requesting an absentee ballot. Apparently following that suggestion, the commission called upon the state to create a system, if possible, that would enable voters to submit an online application for an absentee ballot.

Bill Moreau, co-founder and president Indiana Citizen, praised state officials for their work to smoothly move the primary election. “I think this has been a very substantive, thoughtful and bipartisan effort.”

Vaughn agreed education should be part of the preparation for the June primary. Voters will have a different routine and should be made aware not only of the new date but also of the option to vote by mail. She, too, supports the decision to push the primary to June.

“Voters are extremely distracted for very good reason,” Vaughn said, noting that at this time, voters are not thinking about the candidates and issues. “(They’re) too distracted, and rightfully so.”

Indiana is not alone in moving its primary. On the same day the commission took its action, the blog FiveThirtyEight reported 11 other states and Puerto Rico had pushed back their presidential primaries because of public health concerns.

Jerrick Adams, a Ballotpedia staff writer who regularly covers policy matters impacting voting and ballot access, said policymakers and election administrators around the country have been watching the spread of the coronavirus and discussing possible responses. He noted the initial conversations focused on transitioning the primary election from in-person to vote-by-mail, but states are now opting to postpone.

Adams suspects many states may have concluded they did not have the resources or infrastructure to support an all ballot-by-mail election.

A report by ProPublica found that “while mail-in ballots seem like an elegant solution,” states have encountered numerous hurdles to implementation. The obstacles range from having to print ballots in multiple languages and ensuring the thickness of the paper will fit into scanners to state laws that limit when absentee ballots may be counted.

Indeed, sending a ballot to every eligible voter would force counties to buy massive amounts of paper. ProPublica estimated, as an example, that Arizona’s Maricopa County would require more than nine truckloads of paper ballots.

Vaughn said in Indiana, a lot of absentee ballots are discarded because “untrained poll workers” determine the signature on the ballot does not match the voter’s signature that is on file. In addition, the state has no obligation to inform the voter that the ballot was not counted.

Election security has been an increasing concern and, for some, voting by mail does not reduce the vulnerability of the system. Adams said most prominent is the belief that mail-in ballots are more susceptible to individual fraud or manipulation. But advocates maintain voting by mail, even with the possibility of impersonation, is still preferable because the paper-based process is less given to systemic manipulation, such as the hacking of voting machines by foreign actors.

Concerns about the security of the state’s voting machines caused the grassroots organization Indiana Vote By Mail to file a federal lawsuit against Indiana in October 2019. The complaint claims the direct recording electronic voting machines used in 58 counties violate voters’ federal and state constitutional rights to have their votes “recorded and tabulated in an accurate, verifiable, and equal manner.”

The problem with the DRE machines is that they do not produce any paper documentation. According to the complaint, voters cast their ballots on a touch-screen but receive no paper trail that would allow them to confirm their ballots are accurate.

In 2019, the Indiana General Assembly passed legislation that requires all counties to stop using the machines by 2030. However, Indiana Vote By Mail said the risk that the votes cast on DREs could be corrupted or lost is too great to wait a decade to make the change.

The lawsuit dovetails with the organization’s advocacy to expand voting by mail in Indiana. In particular, the bipartisan group trumpets absentee balloting as producing a paper trail that will “restore integrity and trust in our elections.”

Adams expects that once the public health crisis passes, voting by mail will get renewed attention. Citizens may prod their state leaders to make permanent the emergency election provisions put in place for the 2020 primary.

Vaughn certainly hopes Indiana will be pushed to loosen some of its laws that she says hamstring voters and make voting difficult.

“People don’t realize these arcane rules that oversee our elections are one reason why we have low voter turnout in this state,” she said. “You shouldn’t have to be an attorney to cast a ballot.”•