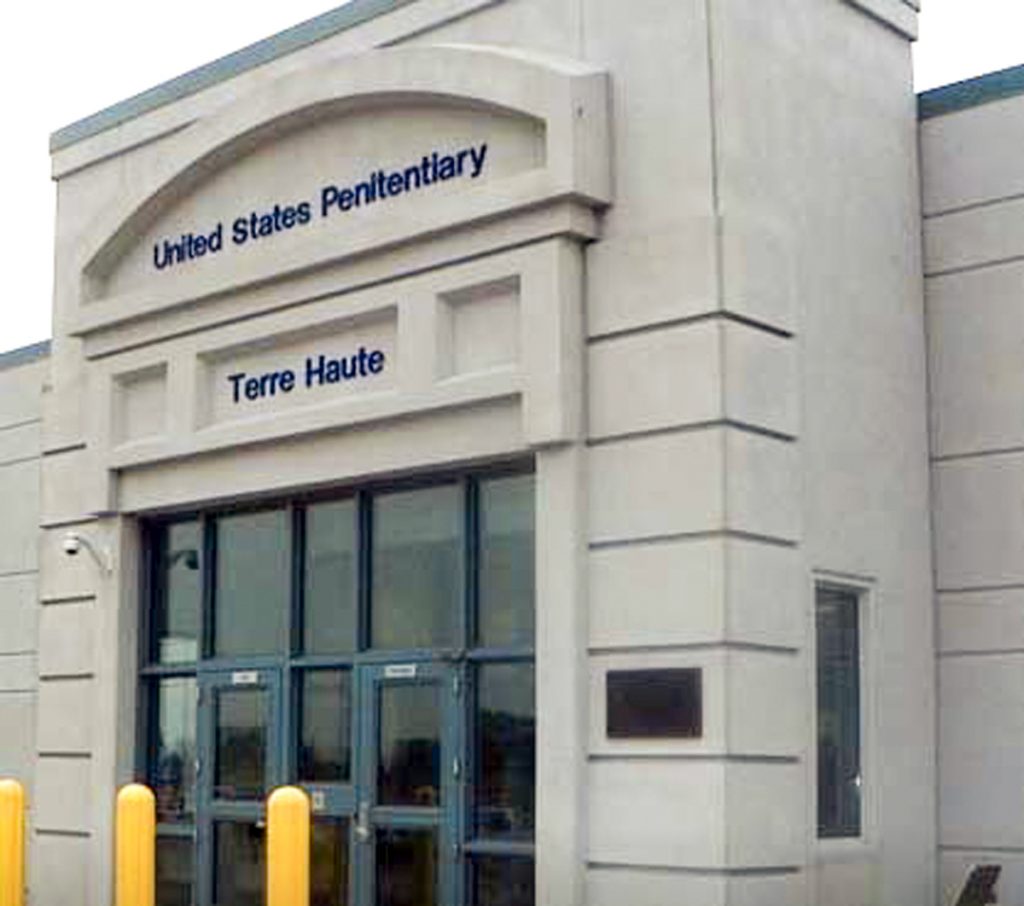 The U.S. Penitentiary in Terre Haute houses federal death row, where the first executions in decades were carried out in July. (IL file photo)

On July 14, after a 17-year hiatus, the federal death penalty was resumed. Three men would be put to death that week, exposing yet another rift in an already divided country.

The deaths of Daniel Lewis Lee, Wesley Ira Purkey and Dustin Honken roused the anger of civil liberties lawyers, who say the executions were carried out in a rushed and even unlawful manner. The overarching question in public discussion has been “why” — why did Attorney General William Barr make the executions a priority? And why were they carried out while the country was dealing with a pandemic, racial unrest and a looming election?

The Department of Justice has defended its actions, saying the executions were vehicles to carry out justice and uphold the rule of law. Advocates for the men, however, say there were still motions pending at the time their clients died, so the full measure of justice was never carried out.

“More than anything else, courts exist to ensure fair process,” said Robert Dunham, executive director of the Death Penalty Information Center. “You can’t look at these executions objectively and have a sense that they were legitimate.”

The first federal prisoner to be executed since 2003, Lee maintained his innocence until the end. As he was strapped to a gurney in the execution chamber at the federal prison in Terre Haute, Lee declared that he was wrongly being put to death for the 1990s murder of an Arkansas family, carried out as part of a plot to build a whites-only nation in the Pacific Northwest.

Late-night and early-morning court proceedings attempted to delay the execution, but five justices of the United States Supreme Court ruled at 2:30 a.m. that the lethal injection could be administered. Just shy of six hours later, Lee was pronounced dead.

Purkey’s execution followed on July 16. Like Lee, Purkey’s death was preceded by last-minute court filings, focusing on his capacity to understand his sentence.

Purkey’s death sentence was based on his conviction for kidnapping and killing a 16-year-old girl, though he had also been convicted of killing an 80-year-old woman. After a 5-4 panel of the Supreme Court gave the go-ahead, Purkey expressed remorse for the killing of the teenager before he was pronounced dead at 8:19 a.m.

Honken, who killed key witnesses expected to testify against him in a drug trial, was executed July 17. Unlike Lee and Purkey, Honken did not split the Supreme Court along ideological lines. Rather, he received a 7-2 denial of his petition for review, with Justices Ruth Bader Ginsburg and Sonia Sotomayor dissenting.

The deaths came about a year after Attorney General Barr announced that his department would resume federal executions. After a review period, the DOJ announced in June that executions would begin in July with Lee.

As of IL deadline, the next scheduled execution scheduled to be carried was that of Lezmond Mitchell on Aug. 26.

Asked why the Justice Department moved so quickly in resuming executions, Ruth Friedman of the Federal Capital Habeas Project said she couldn’t answer that question.

“You need to ask the DOJ,” Friedman, who represented Lee, said. “It’s their move, and it’s their decision.”

Dunham attributes the sudden resumption to politics. He opined that the Trump administration believed carrying out executions would be politically beneficial.

Notre Dame Law Professor Jimmy Gurule, however, doesn’t see one specific event that triggered Barr to act. Especially at a time of great national unrest, Gurule said it was surprising and concerning that the attorney general would make executions a priority.

“You think the attorney general would be laser-focused on those (other) issues,” he said.

The Department of Justice did not respond to submitted questions from IL about the resumption of executions at the Terre Haute prison. However, in publicly released statements, the department has defended its decision.

In Lee’s case, the DOJ said the execution would bring closure to the victims’ family. The family, however, publicly asked that he not be put to death in their name.

Legally, one person’s request to stop the death penalty should not be the reason a court delays or halts an execution, Friedman said. But what it should do, she continued, is prompt the government to take a closer look at the reasons behind the execution.

Gurule pointed to two central arguments in favor of the death penalty: deterrence and retribution. The law professor questioned both of those arguments, noting that specifically in Lee’s case, the retribution argument doesn’t fit if the victims’ families don’t want the sentence to be carried out.

What’s more, even the judge and lead prosecutor in Lee’s case did not think death was appropriate, Friedman said. In her 30 years of capital habeas work, she said she’s never encountered that kind of resistance.

“To me, that says maybe there’s a problem here,” she said.

Purkey’s execution presented a different set of issues, namely, whether his mental state was such that his execution would be unconstitutional.

In Ford v. Wainwright, 477 U.S. 399 (1986), a 5-4 Supreme Court ruled that the Eighth Amendment prohibits executions if the convicted defendant does not understand the reason for the execution at the time it is carried out. Applying that principle to Purkey’s case, his counsel argued that dementia kept Purkey from understanding his punishment.

That argument is always raised late in the litigation process, said Friedman, who did not represent Purkey but was familiar with his case. Dunham, however, said there were inconsistencies in the government’s response to Purkey’s mental capacity argument: at one point the DOJ said the argument was raised too early, then later said it was raised too late.

And, Dunham claimed, the department “had information in their possession about his competence and did not turn it over until the very last minute. … There was evidence supporting the allegation that he was incompetent, and they did not make it timely available.”

The DOJ did not respond to a submitted question about whether Purkey’s mental state was considered before carrying out the execution.

Adding to these legal questions is the fact that national support for the death penalty is waning, Gurule said. A recent Gallup poll found that 54% of American adults think capital punishment is morally acceptable, the lowest percentage in the 20-year history of the poll.

If the goal of the death penalty is to deter criminals, Gurule said, then the deterrent should be compared to that of life in prison without parole. There’s no data to measure those deterrence levels, he said, though he opined that a person intent on committing murder likely isn’t thinking ahead to a court sentence.

Still, some argue that mandatory LWOP sentences often do not match the severity of the underlying crimes. Robert Blecker, a professor at New York Law School and known death penalty advocate, declined an interview with Indiana Lawyer but pointed IL to a recent column he wrote for Newsweek.

“… Lifers move up to the favored supervisory positions in the industry — earning the most money for the least work,” Blecker wrote. “… By contrast, the time, short-term first offender, who deserves it the least, often suffers the most.”

But Friedman noted that the last-minute review of Lee, Purkey and Honken’s crimes did not reach the merits. Rather, the decisions were based on procedural bars.

That fact is what strikes Dunham the most. “A majority of the court (didn’t) seem to care whether there was an opportunity for the process to determine whether the execution protocol is legal or constitutional,” he said, further opining that had the U.S. Senate confirmed Obama nominee Merrick Garland to the high court in 2016, the 5-4 votes would have gone the other way.

If any portion of the executions was unlawful, it would be difficult, if not impossible, to sue the federal actors involved, Gurule said, though Dunham raised the possibility of disciplinary actions against the government lawyers. But the real consequences, Dunham said, are likely dependent on the outcome of the upcoming election.

“We will find out in November whether there is going to be an opportunity to bring about reform,” he said.•

— The Associated Press contributed to this report.