A federal judge in Indiana has granted a Louisiana man’s motion to stay his execution pending resolution of his habeas action, finding the man made a strong showing that he is intellectually disabled and as a result, the Federal Death Penalty Act forbids his execution.

A sharply divided United States Supreme Court on Tuesday upheld the death sentence for an Arizona inmate who was convicted of killing two people in home burglaries nearly 30 years ago.

A Nevada inmate who is fighting execution after being convicted of killing four people and wounding a fifth with a shotgun at a Las Vegas supermarket wants the U.S. Supreme Court to take up his appeal.

The U.S. Supreme Court has upheld the death sentence of an Oklahoma man convicted in the fatal shooting of his lover’s estranged husband.

Suit over federal executions likely headed back to SCOTUS 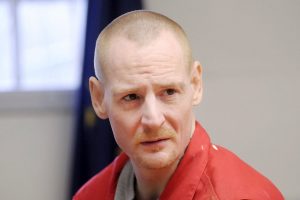 A federal appeals court’s reversal of Madison County killer Fredrick Baer’s death sentence was the most-read story on the Indiana Lawyer’s digital edition, www.theindianalawyer.com. Indiana Lawyer readers clicked on stories on our website more than 2.6 million times between Jan. 1 and Dec. 10, 2019, according to Google Analytics. Here are the 50 most-viewed story headlines during that time.

Report: 5th straight year with under 30 executions in US

Fewer than 30 people were executed in the United States and under 50 new death sentences were imposed for the fifth straight year, part of a continuing decline in capital punishment that saw only a few states carry out executions, a new report issued Tuesday said.

Though a Supreme Court order ultimately prevented the government from executing an Indiana inmate on Monday, an earlier 7th Circuit Court of Appeals ruling would have allowed the execution to proceed as scheduled.

An Indiana federal inmate who was scheduled to be put to death this week received a stay of the death penalty days before his execution date.

The US Supreme Court on Friday blocked the Trump administration from restarting federal executions this week after a 16-year break. Executions had been scheduled to resume today at the federal prison in Terre Haute.

The Trump administration asked the Supreme Court on Monday for permission to begin executing federal inmates as soon as next week. The Justice Department said in a filing late Monday that lower courts were wrong to put the executions on hold.

Defense attorneys representing Jason Brown, an Indianapolis man facing the death penalty for allegedly killing a police officer, are feuding with his appointed counsel, raising the question again of when a defendant’s right to counsel ends.

Attorney General William Barr told The Associated Press on Thursday that he would take the Trump administration’s bid to restart federal executions after a 16-year hiatus to the Supreme Court if necessary. Barr’s comments came hours after a district court judge temporarily blocked the administration’s plans to start executions next month.

A man sentenced to die by lethal injection at the federal prison in Terre Haute was denied a stay of execution in federal court Wednesday, narrowing his remaining appeals and potentially setting the stage for his execution scheduled next month to proceed.

Indiana’s Roman Catholic bishops are calling for a renewed moratorium on executions at the federal penitentiary in Terre Haute.

The Indiana Southern District Court determined there was an immediate need to delete Local Criminal Rule 6-1 ­– Petitions Under 28 U.S.C. Section 2254 or 2255 in Cases Involving a Sentence of Capital Punishment, according to a Monday notice. In response, the rule was replaced with the adoption of Local Criminal Rule 38-2 – Cases Challenging the Conviction and/or Sentence Where a Sentence of Death Has Been Imposed.

Jury selection began Monday in the trial of a southern Indiana man accused of killing his ex-girlfriend and eating parts of her body nearly five years ago. Prosecutors say Joseph Oberhansley, 38, broke into the Jeffersonville home of his 46-year-old ex-girlfriend, Tammy Jo Blanton, in September 2014, and then raped her, fatally stabbed her and ate parts of her body.

The Indiana Department of Correction has confirmed the state doesn’t have the necessary drugs to execute any of the eight men who are on death row.

A Southern District Court judge’s order that the federal government disclose personal information stemming from a triple murder it had previously refused to turn over has been reversed. The 7th Circuit Court of Appeals found that public interest does not support the information’s disclosure, simultaneously affirming that certain documents were protected by an exception of the Freedom of Information Act.

The Indianapolis man facing a possible death penalty for allegedly killing a Southport police officer is scheduled to appear in court Friday with a new legal team, including the former dean of Valparaiso University Law School.