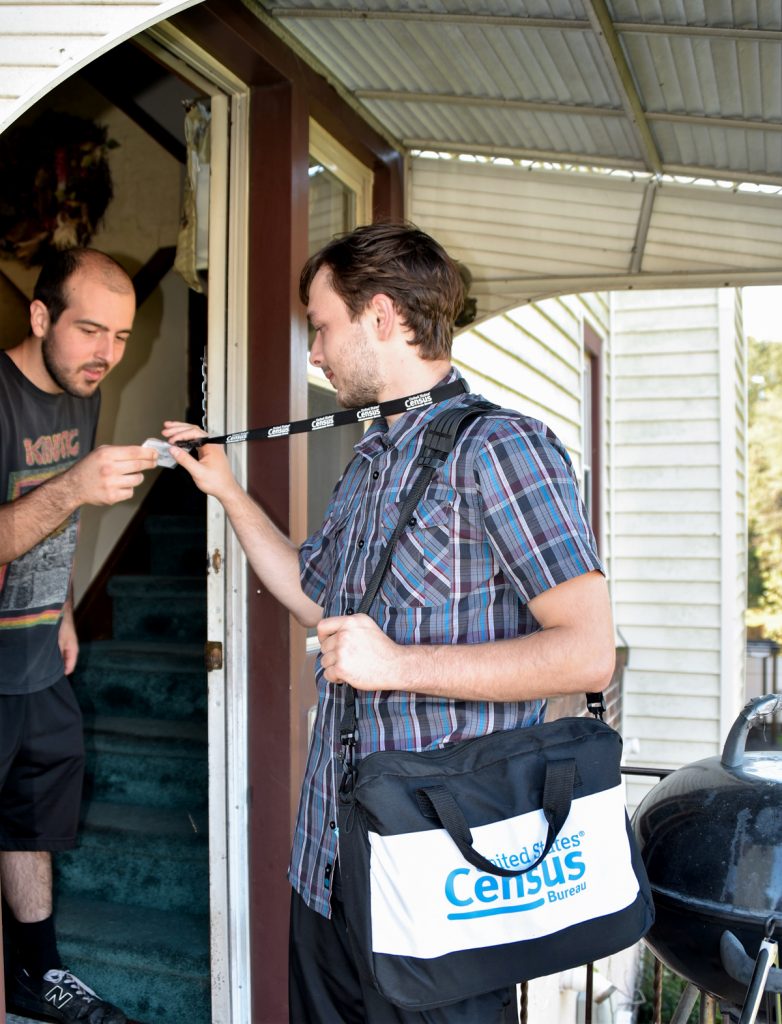 More than one year after losing a bid to add a citizenship question to the 2020 census, the Trump administration is headed back to the Supreme Court this month in another effort to draw a line around undocumented immigrants in the national population count.

The U.S. Supreme Court will hear arguments Nov. 30 in Trump, et al. v. New York, et al., 20-366. At issue is a July 2019 memorandum “instructing the Secretary (of Commerce) to include within that report information enabling the President to implement a policy decision to exclude illegal aliens from the base population number for apportionment ‘to the maximum extent feasible and consistent with the discretion delegated to the executive branch.’”

A district court judge enjoined the memorandum, thus preventing the government from excluding undocumented immigrants from the census count for purposes of congressional apportionment. The high court agreed to an expedited review of that decision from a three-judge panel in the Southern District of New York.

Previously, the Trump administration had sought to add a “citizenship question” to the 2020 census, a move the justices struck down about a month before the Republican president issued the memorandum now at issue. The plaintiffs in the instant case argue that the president’s memorandum also violates the law governing the census, but the administration maintains that it is acting within lawful executive power.

“As to the district court’s substantive objection to excluding illegal aliens, it has long been understood that, under the governing legal provisions, the phrase ‘persons in each State’ means ‘inhabitants’ (or ‘usual residents’), and vests discretion in the Executive Branch to ascertain how that standard applies to particular categories of persons with debatable ties to a State,” the government wrote in its brief to the high court. “… Here, there is ample historical and structural evidence supporting the President’s policy determination that the standard need not include all aliens living within a jurisdiction without the sovereign’s permission to settle there.

“Contrary to the district court’s conclusion,” the brief continues, “legislative history from 1929 does not establish the remarkable proposition that Congress, by merely parroting the language of the Fourteenth Amendment, required the President to include within the population base for congressional representation all aliens living in this country in ongoing violation of federal law.”

To Jane Henegar, executive director of the ACLU of Indiana, the argument is straightforward: “The Constitution is clear that every person gets counted.”

Henegar pointed to Article 1, Section 2 of the Constitution, which requires that, “Representatives and direct Taxes shall be apportioned among the several States which may be included within its Union, according to their respective Numbers, which shall be determined by adding to the whole Number of free Persons, including those bound to Service for a Term of Years, and excluding Indians taxed, three fifths of all other Persons.”

“There’s a lot of history-laden language there,” Henegar said. “But nowhere does it say that only U.S. citizens are to be counted for purposes of apportionment.”

Gerard Magliocca, the Samuel R. Rosen professor of Law Indiana University Robert H. McKinney School of Law, also pointed to language in Section 2 of the 14th Amendment. That language holds that, “Representatives shall be apportioned among the several States according to their respective numbers, counting the whole number of persons in each State, excluding Indians not taxed.”

The Trump administration, however, looked to both statute and precedent to support its memorandum.

Specifically, 2 U.S.C. § 2a requires the president to provide Congress with a report “showing the whole number of persons in each State ….” Also, Franklin v. Massachusetts, 505 U.S. 788 (1992), holds that “the President is entitled to instruct the Secretary to ‘reform the census, even after the data are submitted’ by the Secretary to the President.”

Using that law, the government’s brief seeks to distinguish between two presidential roles: his “ministerial,” or ceremonial, role in the census, and his nonministerial role. According to the government, the latter gives the president discretion to cut undocumented immigrants out of the apportionment count.

“While the President’s role in applying the equal proportions calculation to the apportionment population base is ministerial, his role in determining the population base itself is not,” the administration argued. “As this Court has recognized, ‘§ 2a does not curtail the President’s authority to direct the Secretary in making policy judgments that result in ‘the decennial census.’ Franklin, 505 U.S. at 799. Notably, one such ‘judgment’ is whether a person should be deemed an ‘inhabitant’ or ‘usual resident’ of a State, which is ‘the gloss’ that has historically been given to the constitutional and statutory phrase ‘persons ‘in’ each State.’”

Neither Henegar nor Magliocca expect a government victory in this case. The professor noted that other constitutional language governing “persons” is not interpreted to distinguish between citizens and noncitizens. What’s more, he said, the Constitution doesn’t consider whether a person has “legal” immigration status.

But if the administration were to secure a victory, the implications would extend beyond undocumented immigrants, Henegar said. California, Texas and Florida could lose U.S. House seats, she said, while Minnesota, Alabama and Ohio could gain.

Additionally, Henegar noted that the census is also used when allocating federal funds to schools and hospitals.

The Trump v. New York case could also spark a conversation about a different yet related legal issue, Magliocca added. Specifically, the language of Section 2 of the 14th Amendment goes on to require that if the right to vote is abridged, with a few exceptions, a state’s congressional representation must be reduced.

That penalty has never been enforced, Magliocca noted — a standard mathematical formula has always been used to decide congressional representation. But if the penalty stands, he continued, that formula is unconstitutional.

Thus, if a state unhappy with its representation were to sue, the formula could be struck down and the apportionment could be delayed, Magliocca said. By law, however, the apportionment must be done in time for the next election in 2022.

“This case could be a good opportunity for some of the members of the court to highlight this problem and say, ‘Look, we really should think about this,’ so that reapportionment will not be delayed beyond 2022,” he said.