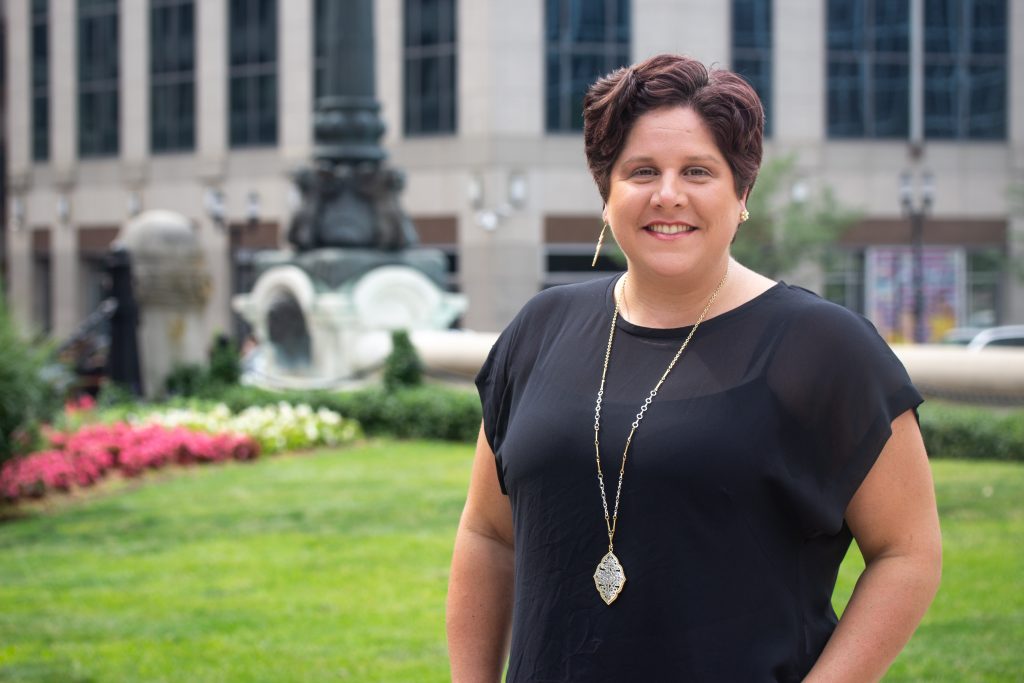 Although she’s always been an avid reader, Emily Storm-Smith faced an entirely different beast when she entered law school.

Forced to increase the number of words she could read and write daily, Storm-Smith began writing fiction pieces through an online platform suggested by a classmate to help her practice. As she recalled, she loved it.

“I just started there. And after I graduated law school and needed somewhere for the nervous energy to go, I started writing,” Storm-Smith said.

The former engineer-turned-attorney now serves as senior corporate counsel at Strada Education Network in Indianapolis. She’s also the author of two completed novels and one novella, with more outlined and on the way. She primarily writes in the genres of historical fiction, fiction and soft romance, drawing her primary inspiration from Jane Austen.

“The funny thing is, I would not have been anyone that my friends or family would have thought would end up writing. I’m an atrocious speller,” Storm-Smith said.

Storm-Smith recently added a new element to her writing endeavors: self-publisher, launching her own indie publishing business called Storm Haus Publishing. The move came quickly after one of Storm-Smith’s novels was stolen and almost sold under a false title and cover.

Rather than letting the experience push her writing into the shadows, she said, she saw an opportunity.

With a solid following of more than 1,000 readers online for her work, Storm-Smith was encouraged by positive and constructive feedback from fellow writers and enthusiasts. Beginning in 2015, she went on to publish pieces online, continuing to use writing as an outlet for stress.

It wasn’t until a month after having published her second novel in October 2020 that Storm-Smith was alerted that something was awry. A bootlegger stole her complete piece and uploaded it to Kindle Unlimited trying to make a profit, prompting copyright infringement complaints.

“The writing community, they caught it within a couple of days and it was taken down,” she said. “What could have been a really bad, frustrating and upsetting situation actually was flattering to me, personally.”

It was then that she first realized, “If they thought it was good enough to make money off, I’ll try to do this.”

Looking back, Storm-Smith said helping Lee get published was influential and inspiring. She learned from that experience the steps she needed to take, who and who not to speak with, and what needed to be done to get the business rolling.

One of the biggest challenges, she said, is finding an editor that can help craft a piece into a high-quality product.

“I think I stumbled into somebody who really understood and did a good job,” Storm-Smith said.

While supporting authors is one of the main focuses of Storm Haus Publishing, Storm-Smith said it is not taking submissions at this time. Her next book titled, “Reputation, An Easy Thing to Lose,” will be released in 2021.

In the beginning of her practice at prose, Storm-Smith said she struggled majorly with adjusting from legal writing — and her earlier scientific writing — to composing fiction. Rather than dipping her toes into the water, she dove in headfirst in 2013 by taking the next two years to write a 120,000-word novel.

When she writes, Storm-Smith begins with the ending. Considering how she might have reached the story’s conclusion, she winds her way back to the beginning by asking how the characters might have gotten there in the first place.

“I’m not a trained writer. I’ve never taken creative writing classes or anything,” she said. She later began working with an editor on proper tenses, typos, sentence fragments, run-ons, misused phrases and words, and more.

“They have helped me so much through the process of learning how to fix those problems,” she said. “They’ve also held my hand a little bit and said, ‘It’s okay. Every writer’s first draft has tense issues. No one writes a perfect book.’”

While grueling, the process is also exhilarating and fun. It was never daunting, she said.

“Lawyers write a lot, but we don’t tell fictional stories. It’s been an entirely new muscle that I’ve learned how to use,” Storm-Smith said. “It’s always interesting because it’s something new every time.”

‘Doing it for me’

Before launching Storm Haus Publishing, Storm-Smith was already familiar with the contracts for many major online book retailers and e-book distributors based on her experience assisting Lee. Coupled with her background in intellectual property and copyright law, Storm-Smith said she was easily able to file for her own IP protection.

For Lee, there was no one she trusted more to help her launch a publishing company than Storm-Smith. While she encouraged the creative side of Lee’s hobby, Storm-Smith also made sure she was positioned to sell rights to her works in the future.

“Not only is Emily a dear friend, she is also an excellent attorney with a strong ability to translate what people say they want and need into solid contract language,” Lee said. “Throughout the process, Emily helped me view my publishing dreams through the lens of solid business practices, helping me navigate the world of engaging editors, cover designers and filing for copyright while giving me the confidence of a solid foundation.”

Lee described Storm-Smith as creative, determined, intelligent and fun — all of which comes through in her writing.

“There is something so vulnerable about showing your creative side — there is no right answer you can point to, no math or legal argument where you can say it is the ‘right’ way to tell a story,” Lee said.

Reflecting on her writing journey and becoming a publisher, Storm-Smith said she’s resisted everything that might make it feel like another job with deadlines and expectations.