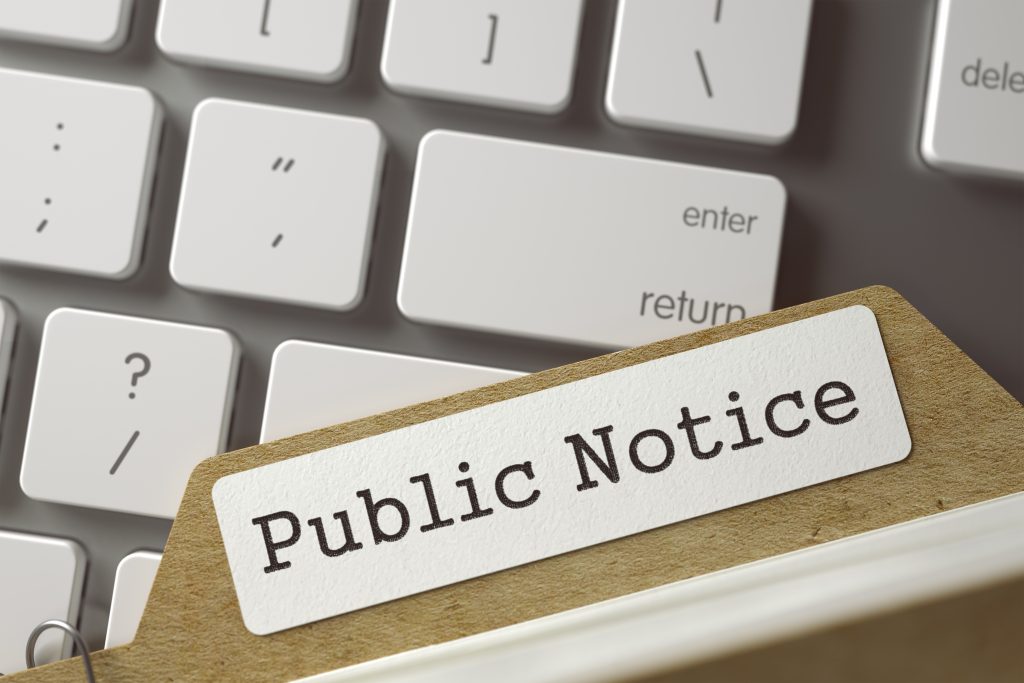 The Indiana Supreme Court has proposed an amendment to the state trial rules that would allow court-required public notices to go online on a court created-website. The court is describing the proposal as a possible tool to increase court modernization and efficiency, but one media organization is raising some concerns.

The proposed amendments would also provide specific guidance for service by publication in a newspaper or online, respectively. Ultimately, the proposed rule would provide the option to publish using either platform, the high court said.

Public comment from the bench, bar and public was accepted through Aug. 10. The Supreme Court has received more than 70 comments on the proposal, according to the spokesperson.

If posting on the court-created website, parties seeking service by publication would be required to file the request in the same manner as other electronically or conventionally filed documents. The automated entry into the Chronological Case Summary would constitute the return and proof of service, the proposed amendments say.

Notices that could be posted online range from property sales to mortgage foreclosures, name changes, the opening of the administration of an estate or a general notice of a lawsuit filing.

Ultimately, the high court said its goal is to provide better access to public notices to those for whom they are intended. But the spokesperson was unable to shed light on the genesis of the proposed rule change by IL deadline.

“There may be some places in the state where there is a high local readership and the newspaper meets that need. But here in Indianapolis, for example, when publication happens in the smaller circulation papers where the cost is lower, that might not reach all of the potentially interested parties,” said Supreme Court spokeswoman Kathryn Dolan.

What’s appropriate may depend on the circumstances of the case and the location in the state, Dolan said.

“The courts is excited to potentially offer this opportunity, especially for the lower-income pro se litigants at no cost,” she said.

With reservations about the proposal, Steve Key, executive director of the Hoosier State Press Association, said the proposed changes are concerning in that they could actually reduce the reach of public notices rather than increase it.

“We’re opposed with the language as it is,” Key said. “We appreciate what the Supreme Court is trying to do in that they are trying to modernize court procedures and make that process more efficient for both users and from a cost perspective.”

Key opined that while the court’s website may get a lot of traffic, that traffic is mostly attorneys or people who already know they have a case and are following it.

“People are familiar with getting court actions (in the traditional paper). Oftentimes people will stumble upon the notices in the newspaper not knowing they have been involved,” he said. “That won’t happen on the Supreme Court’s (proposed) website. It’s illogical to think people will get in the habit of checking the new website every two days to find out if it’s in there.”

One change the HSPA would like to work on with the Supreme Court, Key said, is the wording of language that says a public notice can be posted in a paper “or” online.

“We think if they want to increase and make more effective notices, their trial rule should instead say ‘and’ instead of ‘or,’” he said.

By making that change, Key said the requirement to publish notices in local newspapers, where people expect to see them, would remain, while also allowing those notices to be uploaded to the Supreme Court website to give attorneys a better chance to stay on top of the notice process. 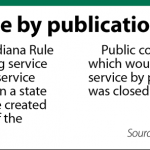 Key said it’s important for Hoosier newspapers to work with the court system to ensure the notices become part of the file for an individual case in a timely manner. He said he hopes the Supreme Court will be open to working with the HSPA in addressing concerns about the proposed rule changes.

“We have worked closely with the HSPA on a number of different issues over the years,” the Supreme Court said. “They brought attention to this particular rule change, and we are grateful for that. It’s important that the court read and receive all of the comments and feedback.”•