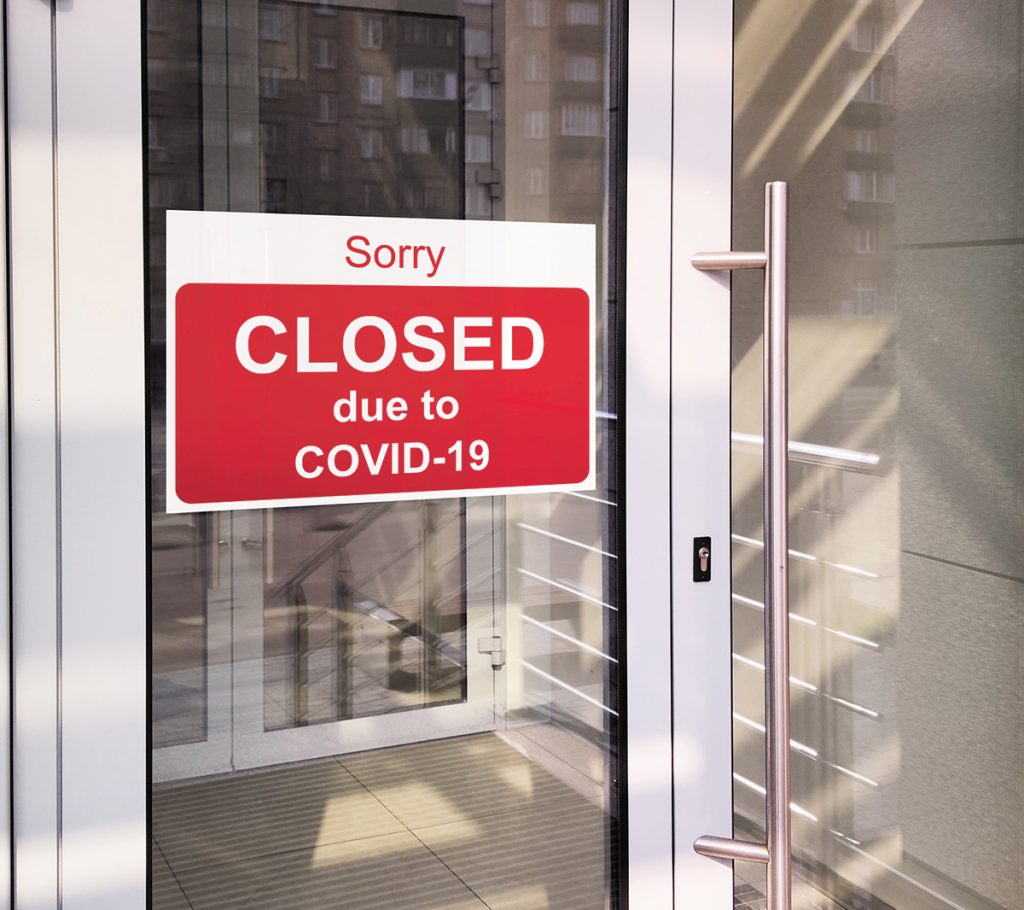 The coronavirus continues to change the way Hoosiers and Americans live their lives and go about their daily business, and for courts and lawyers, that has meant a suspension of trials and in-person proceedings at least through early 2021. (IL file photo)

That headline on Feb. 19, 2020, marked the first ominous mention of COVID-19 in the pages of Indiana Lawyer. Dan Harris, an Indiana University Maurer School of Law alumnus who has built an international practice and a renowned expertise on China from his Seattle law firm, had seen enough at that early stage to share a bad feeling.

“I don’t want to seem all gloom and doom,” Harris told IL just after the first U.S. case had surfaced on the West Coast, “but I think within the next two to three weeks, people are going to realize how unbelievably bad things are in China. … This virus will lead to weird things happening over the next couple of months … .”

Some 700 Indiana Lawyer articles mentioned COVID after that very first one, and other once-weird terms soon became central not just to our daily lexicon, but to our very existence. Pandemic. Lockdown. Flatten the curve. PPE. Social distancing. Yet near the end of this languishing year, we saw hope in the form of vaccines.

Despite a landmark election, a Hoosier’s appointment to the United States Supreme Court and countless major developments in the Indiana legal community, this year belonged to the coronavirus, Indiana Lawyer’s top story of 2020.

In early March, Indiana reported its first illness linked to the outbreak. Less than a week later, Faegre Drinker Biddle & Reath briefly closed its Indianapolis office and all 22 of its global locations as a precaution after a person who had been at a firm event in the Washington, D.C., office tested positive.

Before the month was out, events unfolded that fundamentally restructured virtually every aspect of life:

• By March 20, Indiana schools had closed, planning to reopen May 1. That proved impossible as the virus continued to spread.

• On March 23, Gov. Eric Holcomb used his emergency powers to issue a stay-at-home order that restricted travel to essential purposes.

• Federal and state courts tolled deadlines, suspended in-person proceedings and issued order after order expanding the use of remote video where feasible.

The legal community, recognized as an essential occupation in Holcomb’s executive orders, was quick to respond. Legal aid organizations noted the problems that would confront thousands of Hoosiers when they lost their jobs and the ability to pay rent. A moratorium on evictions helped, but it wouldn’t last forever, and financial and lockdown strains also led to an increase in domestic violence cases and other problems.

Jails and prisons released those behind bars who posed little risk yet would be at a greater risk of catching and transmitting the novel coronavirus in settings where social distancing is impossible.

Law firms scrambled to find new ways to work after largely closing their doors in response to stay-at-home orders.

“Lawyers have always assumed that if they leave the office for one or two days, they can take some files with them and go away for the weekend. But the real question now is, what happens when you have to be out of the office for six weeks or eight weeks or three months?” law practice expert Jared Correia asked attorneys in an IndyBar webinar during the early days of the pandemic, when the question had ceased to be hypothetical.

But lawyers didn’t just ply their legal abilities to help out when the pandemic hit home.

When health officials urged Americans to wear facemasks to help reduce community spread, Cohen & Malad attorney Julie Andrews was among those dusting off her sewing machine.

“There’s nothing else really I can do other than stay at home, practice law and help people that are in bad situations during a bad time, and make masks,” she said.

Frost Brown Todd attorney Matthew Schantz took grocery orders and delivered to people who relied on a Noblesville food bank that he and his wife serve. And hearing that a local hospital was in desperate need of hand sanitizer, Fort Wayne attorney Doug Johnston delivered about 100 bottles that his firm had ordered before the pandemic.

‘You can control only so much’

At Indiana’s law schools, students who had gone on spring break never returned to in-person classes for the remainder of the semester.

Yara Rashad, a third-year law student at Notre Dame Law School, profoundly felt the loss of her law school community during what should have been a time of celebration. “Legal issues, my career, they can all go away in a second,” she said. “You can control only so much of your life.”

But it turned out law students preparing to take the bar had some control over the bar exam that would be given remotely under the unprecedented circumstances created by the pandemic.

The July exam was initially to be given with software provided by a vendor, but glitches shelved that idea. Instead, the Indiana Supreme Court opted for an open-book exam administered via email — something many students had formally asked the court to do.

The court won praise from students and educators alike for its handling of the bar exam and support of law students navigating uncharted waters. “They’ve been just superb in showing their concern for new lawyers in a difficult environment,” then-IU McKinney Dean Andrew Klein said of the justices in May. “I’m impressed and grateful.”

And those who sat for the bar exam in August had cause to be grateful, too — they returned the highest passage rate since 2015 at 74%, which rose to 78% after appeals were reviewed.

“If you hadn’t been studying all summer, open book would not have helped,” said Rachel Hogenkamp, a 2020 graduate of Indiana University Robert H. McKinney School of Law. “It made the playing field even for the folks who had to deal with extraordinary circumstances this summer.”

In the fall, a new surge

Law schools welcomed students back to campus for the fall 2020 semester, but problems soon developed. Notre Dame, for instance, temporarily canceled in-person classes in August following an outbreak on campus.

The following month, Indiana Chief Justice Loretta Rush announced she had tested positive for COVID-19 and would quarantine. Rush continued to work remotely, as did most courts.

Those that had temporarily lifted restrictions on jury trials and in-person proceedings over the summer months reinstated them as Indiana’s daily case reports hit record levels toward the end of the year.

In November, as many schools reverted to remote education, the Indiana Supreme Court handed down more aggressive guidance on court operations. Among other things, trial courts were reminded of their authority to suspend jury trials and other in-person proceedings. By December, federal and state courts again had suspended jury trials due to chronic rises in COVID cases.

But amid the late-year spike in cases, announcements that multiple vaccines were near approval held the promise of an eventual end to the pandemic. And as is often the case, what’s likely to happen next could be determined by lawyers.

Among other issues ahead, employers will grapple with whether they will mandate that employees get vaccinated and the potential ramifications for doing so or not as polls show many remain skeptical of the vaccines.

“There has probably never been a more anticipated medical discovery than a COVID-19 vaccine,” said Ross Silverman, a professor who teaches at both the Indiana University Richard M. Fairbanks School of Public Health at IUPUI and at IU McKinney.