The American Civil Liberties Union of Indiana filed a lawsuit this month against Boone County, alleging the county violated a resident’s First Amendment rights when it blocked him from the county’s Facebook page.

The city of Fort Wayne has agreed to pay $100,000 to settle a lawsuit with 12 people who claimed their constitutional rights were violated during protests two years ago, a report Tuesday said.

Charitable bail organization The Bail Project has filed a complaint in federal court alleging a new Indiana law restricting whom it can bail out of jail infringes on its constitutional rights.

The Martinsville public school district has been ordered to allow a transgender middle school student to use the school restroom that aligns with his gender identity.

The Indiana Department of Correction is now allowing followers of Druidism to study and worship as a distinct religion pursuant to a court-approved consent decree.

Indiana lawmakers gave final approval Tuesday to a Republican-backed bill that would ban transgender women and girls from participating in school sports that match their gender identity, sending it to the governor to decide whether it will become law. 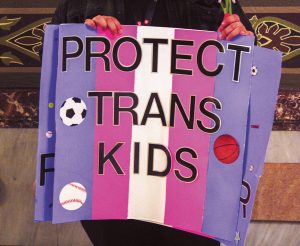 In Indiana, a legal battle is already brewing over legislation that would ban transgender female athletes from competing on K-12 girls’ sports teams. Representatives from the American Civil Liberties Union of Indiana have promised to file a lawsuit while Indiana Attorney General Todd Rokita has said his office will defend the bill’s constitutionality.

The American Civil Liberties Union of Indiana has filed a lawsuit against the Valparaiso Community School Corporation after the local high school allegedly denied a transgender high school student access to a restroom and locker room consistent with his gender identity.

The feud between political commentator Abdul-Hakim Shabazz and Indiana Attorney General Todd Rokita that began when Shabazz was barred from a press conference in October 2021 has spilled over into federal court.

Indiana lawmakers will consider a Republican-backed bill that would ban transgender women and girls from participating in school sports that match their gender identity.

A federal lawsuit filed Monday claims a western Indiana school district has been illegally denying two transgender high school students the use of school restrooms and locker rooms associated with their gender identity.

The ACLU of Indiana has filed a complaint on behalf of three men against a Starke County Sheriff’s Department deputy for allegedly searching a vehicle without cause during a recent Pokemon festival.

A central Indiana school corporation has been accused of violating the constitutional rights of students participating in the local high school’s gay-straight alliance.

Three more inmates have filed suit against a maximum-security prison in Indiana, alleging they were kept isolated and had to endure brutal and dangerous conditions in the facility’s restrictive housing unit.

The lawsuits filed by the American Civil Liberties Union of Indiana claim the conditions at the maximum-security Miami Correctional Facility near Peru amounted to cruel and unusual punishment.

A Chesterton teacher’s aide has sued his former employer with the help of the American Civil Liberties Union of Indiana after being fired for speaking with a student about “occult” items after school hours.

Doctors in Indiana would be required to tell women undergoing drug-induced abortions about a disputed treatment for potentially stopping the abortion process under a measure that’s been signed into law.

Indiana lawmakers have approved a bill requiring doctors to tell women undergoing drug-induced abortions about a disputed treatment that could stop the abortion process.

The former police chief of Knightstown and now a candidate for the town council is the lead plaintiff in a class action lawsuit against Knightstown for banning him and more than 20 other community members from posting comments on the local police department’s Facebook page.

Republicans pushed bills through the Indiana House on Monday that would repeal the state’s permit requirement for carrying a handgun in public and further tighten the state’s abortion laws, joining movements in several other GOP-controlled states.