A major home appliance company could not convince the 7th Circuit Court of Appeals to rule in its favor in a Chapter 11 appeal as it sought to reclaim goods sold to now-defunct Indianapolis-based retailer HHGregg on the eve of its bankruptcy.

A Carmel-based real estate company has filed a lawsuit against Krieg DeVault, alleging the Indianapolis-based law firm’s failure to file a property deed in 2003 in a transaction involving defunct retailer HHGregg could now cost the real estate company millions of dollars.

Scotty’s Brewhouse founder Scott M. Wise, along with Indianapolis-based Scotty’s Holdings LLC and two Arizona-based parties, are facing a lawsuit from a former business partner of Wise’s who claims he was defrauded out of his $300,000 investment in the restaurant chain.

Indianapolis-based USA Gymnastics, under threat of being decertified by the U.S. Olympic Committee, filed for bankruptcy after running short of funds to pay victims of Larry Nassar’s sexual abuse.

A group representing the unsecured creditors of HHGregg has filed suit against Andretti Autosport in an attempt to claw back nearly $1.5 million in sponsorship money the now-defunct retailer paid the racing team in the months leading up to its bankruptcy.

US judge OKs plan for Caesars’ unit to exit $18B bankruptcy

A federal judge gave the thumbs-up Tuesday to a plan to reorganize a subsidiary of casino giant Caesars Entertainment Corp., clearing the way for the operating unit to exit bankruptcy two years after filing for Chapter 11 protection with $18 billion in debt.

Indianapolis-based chemical company Vertellus Specialties Inc. is at odds with the U.S. Environmental Protection Agency over whether its proposed sale would provide adequate resources to address environmental cleanup needs at Vertellus-owned sites in Indiana and elsewhere.

Peabody Energy, the nation’s largest coal miner, filed for bankruptcy protection Wednesday as a crosscurrent of environmental, technological and economic changes wreak havoc across the industry.

Bankruptcy attorney Mark S. Zuckerberg recently described the current state of his practice: “Nobody’s coming into my office; nobody’s calling me; nobody’s paying me.” His loneliness can be tied to the drop in bankruptcy filings. In 2015, petitions nationally fell to 860,182, an 11 percent decline from 2014 and the lowest number of filings since 2007.

Lender discrimination may be pushing black churches into bankruptcy

A long line of research shows that black consumers pay higher rates for credit, including mortgages and car loans. A new study by an Indiana University Maurer School of Law professor suggests the same kind of financial discrimination may apply to black churches. 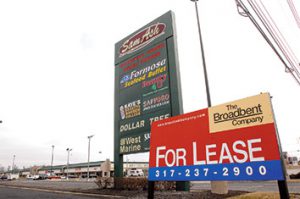 A recent bankruptcy appeal tossing an Indianapolis shopping center’s reorganization plan further establishes that the control of equity in Chapter 11 cases will be subject to competitive bidding and that insiders might be out of luck.