A federal court ruling in favor of the insurer of a wood processing facility in Elkhart that was the subject of years of environmental litigation brought by neighbors was affirmed Thursday. The 7th Circuit Court of Appeals held Westfield Insurance owed no duty to cover its insured against an environmental damages award of more than $50 million.

Environmental tort actions fall under the larger rubric of toxic torts and involve personal injury and property damage claims for releases of environmental contamination. But what happens when, as they often do, the regulatory cleanup takes years or even decades?

Companies sued by residents who claim their former housing complex in East Chicago was polluted by toxins including lead and arsenic prevailed in their bid to have the case heard in federal rather than state court. In doing so, the 7th Circuit Court of Appeals also eased the standard for when a defendant may assert a defense of acting under federal authority.

A group of Clark County neighbors have prevailed in an interlocutory appeal in their proposed class-action lawsuit that claims a Jeffersonville landfill emits noxious odors and negatively impacts the surrounding residential area.

An Indiana utility that committed the most permit violations in the state in the last three years is negotiating a deal with state environmental regulators to keep one of its power plants open.

Hundreds of families who were unknowingly exposed for years to high levels of lead in Northern Indiana have secured a victory against state and local entities after the Indiana Court of Appeals affirmed the denial of the latter’s motion for judgment on the pleadings.

The federal government is seeking the public’s input on its plan to clean up groundwater contamination at a Superfund site in Indianapolis that’s tainted with chemicals used by a dry cleaning company.

A major utility’s plan to close five Indiana coal ash ponds at a power plant along Lake Michigan and move coal ash to a landfill has sparked concerns from environmental activists about how the dust kicked up by that project will be controlled.

Environmental groups and officials in a southern Indiana county are suing the U.S. Forest Service over its plan to burn or harvest parts of the Hoosier National Forest, alleging that it could taint drinking water for more than 140,000 people.

Claiming an IDEM official gave “disparate treatment out of sheer vindictiveness” and “orchestrated a campaign of official harassment,” environmental consultants and business owners have filed a lawsuit against the Indiana Department of Environment Management and Douglas R. Louks, deputy assistant commissioner of the IDEM Office of Land Quality.

The US Supreme Court ruled Thursday that sewage plants and other industries cannot avoid environmental requirements under landmark clean-water protections when they send dirty water on an indirect route to rivers, oceans and other navigable waterways.

The United States Supreme Court delivered a setback Monday to Montana homeowners who are seeking additional cleanup of arsenic left over from years of copper smelting.

Drinking water fountains and taps at public and private schools in Indiana will be required to be tested for lead contamination by 2023 under a new state law.

Indiana lawmakers have passed legislation to embrace a landmark state Supreme Court decision affirming that the Lake Michigan shoreline is publicly owned and open to all for recreation.

Indiana’s protections for certain wetlands would end under legislation state lawmakers approved in the waning hours of their session, even though the state’s own environmental agency joined environmentalists in opposing the measure.

A controversial bill that would prohibit Indiana utilities from shutting down coal-fired power plants before May 2021 has passed both chambers of the Indiana General Assembly and is on its way to Gov. Eric Holcomb for his signature.

A dispute over a large hog farm in northern Indiana in the small community of Denver is getting nasty. Yard signs opposing the Miami County farm were removed and then returned with obscenities painted on them, the Kokomo Tribune reported. 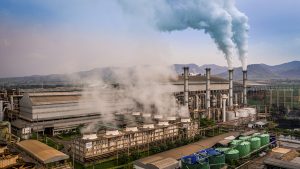 The national and international conversations about the impacts of climate change have focused largely on initiatives designed to curb greenhouse gas and other potentially harmful emissions. But there’s also an increasingly popular business aspect to the conversation.

Volkswagen’s recent emissions scandal triggered criminal and civil prosecution by the U.S. Environmental Protection Agency (EPA). In 2017, Volkswagen’s estimated cost resulting from the scandal was more than $30 billion, and that number is growing. In the wake of this scandal, the EPA has declared “war” on an entire subindustry — aftermarket parts — and anyone who manufactures, sells or installs devices that allow drivers to tamper with their vehicle emissions.