Top Capitol Hill negotiators sealed a deal Sunday on a $900 billion COVID-19 economic relief package, finally delivering long-overdue help to businesses and individuals and providing money to deliver vaccines to a nation eager for them.

A bleak outlook for millions facing cutoff of US jobless aid

Unemployment has forced aching decisions on millions of Americans and their families in the face of a rampaging viral pandemic that has closed shops and restaurants, paralyzed travel and left millions jobless for months. Now, their predicaments stand to grow bleaker yet if Congress fails to extend two unemployment programs that are set to expire the day after Christmas.

A U.S. Senate subcommittee has proposed a $6 million increase in funding for the Legal Services Corporation, potentially providing additional support as more legal aid offices are bracing for higher demand caused by the worsening COVID-19 crisis. 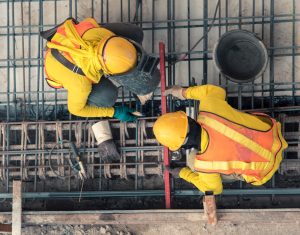 To aid in the distinction between employees and contractors, the Department of Labor has proposed a new “economic realities” test. Already there’s a test in place, but the new proposal reduces the factors to be considered and assigns weight to those factors.

A legal assistant who was told after more than five years of employment that she may need to seek another job because her hours would be cut by half was rightly awarded unemployment benefits, the Indiana Court of Appeals ruled Friday.

A man who lost his job twice after being injured at work could not convince the Indiana Court of Appeals on Monday that he was wrongly denied unemployment benefits.

The borrowing is needed because the state’s unemployment fund had about $40 million at the end of August, down from nearly $1 billion before joblessness exploded in March.

Indiana has applied for the federal government’s Lost Wages Assistance program and hopes to begin delivering the $300 supplemental weekly payments to most people receiving unemployment benefits in the next month or so.

For Americans waiting on virus aid, no new relief in sight

Americans counting on emergency coronavirus aid from Washington may have to wait until fall. Negotiations over a new virus relief package have all but ended with the White House and congressional leaders far apart on the size, scope and approach for shoring up households, re-opening schools and launching a national strategy to contain the virus.

States strain to carry out Trump order on unemployment aid

Governors and state labor department officials were scrambling Monday to determine whether they could implement President Donald Trump’s executive order to partially extend unemployment assistance payments to millions of Americans struggling to find work in the pandemic-scarred economy.

President Donald Trump’s end run around Congress on coronavirus relief is raising questions about whether it would give Americans the economic lifeline he claims and appears certain to face legal challenges. Democrats called it a pre-election ploy that would burden cash-strapped states.

Negotiators on a huge coronavirus relief bill reported slight progress after talks resumed Monday afternoon in the Capitol, with issues like food for the poor and aid to schools struggling to reopen safely assuming a higher profile in the talks.

The U.S. economy shrank at a dizzying 32.9% annual rate in the April-June quarter — by far the worst quarterly plunge ever — when the viral outbreak shut down businesses, throwing tens of millions out of work and sending unemployment surging to 14.7%, the government said Thursday.

Indiana officials suspect fraud might be to blame for the state’s number of initial unemployment filings more than doubling in recent weeks.

President Donald Trump signed a $484 billion bill Friday to aid employers and hospitals under stress from the coronavirus pandemic that has killed more than 50,000 Americans and devastated broad swaths of the economy.

Tyson Foods Inc. announced Wednesday that it will temporarily close its meatpacking plant in Logansport in north-central Indiana after 146 employees tested positive for coronavirus.

Though they don’t have all the answers, legal professionals are being looked to for guidance as clients navigate their new realities.

The Indianapolis Bar Foundation has implemented a new program in response to the novel coronavirus pandemic to put dollars in the pockets of young lawyers while continuing to provide free legal services to the public.

Indiana Supreme Court justices split Tuesday a dispute involving an employee who was fired after testifying at an unemployment compensation hearing, with the majority reversing in his favor. A dissenting justice would have affirmed, arguing the man didn’t have a reasonable belief of a duty to cooperate with an unissued, non-existent subpoena.