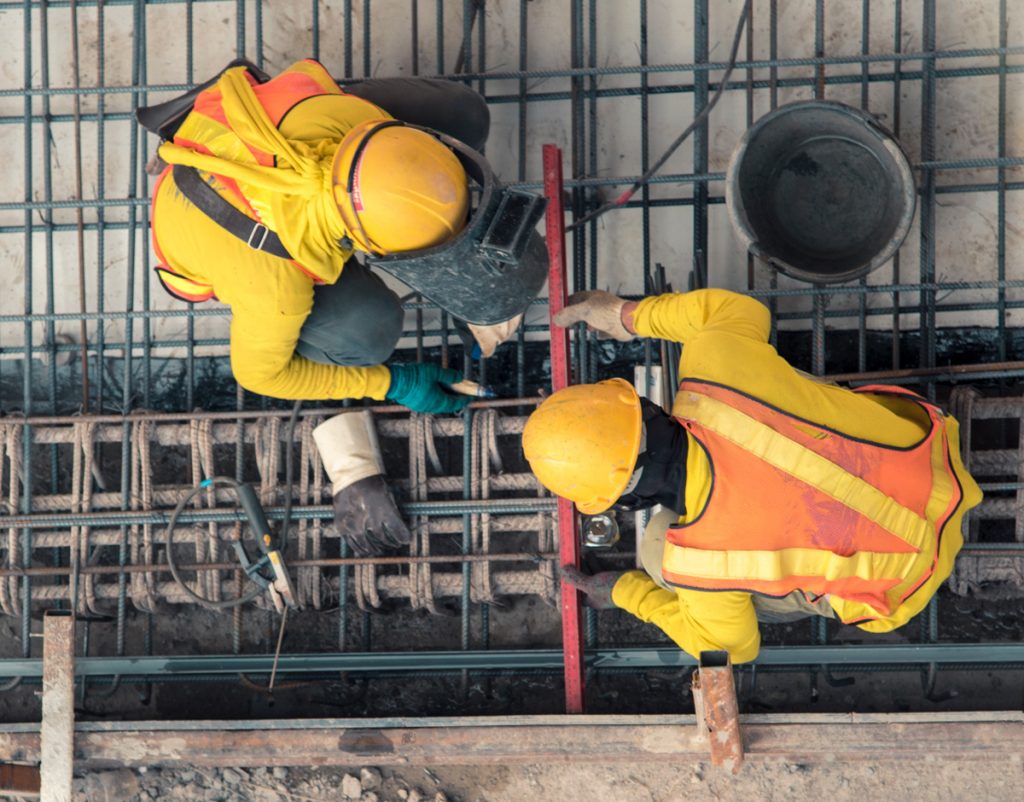 A recent proposal from the Department of Labor could update the way employees and independent contractors are distinguished from each other. (Shutterstock.com photo)

One of the biggest obstacles in the modern construction industry is a lack of skilled labor. For employers, that means often the best way to staff a project is to work with contractors.

Making the distinction between employees and independent contractors in the construction industry implicates myriad factors, such as tax obligations and benefits packages. And if an employer gets the distinction wrong, even more liability could be on the line.

To aid in the distinction process, the Department of Labor has proposed a new “economic realities” test. Already there’s a test in place, but the new proposal reduces the factors to be considered and assigns weight to those factors.

But will the proposal, if adopted, make it easier for employers to make an appropriate distinction among employees and contractors? Maybe, or maybe not, lawyers say.

“From a pragmatic standpoint, it’s all the same thing,” said Trent Cotney, CEO of Cotney Construction Law. “… I’m not sure this changes the analysis — it’s the same analysis, but a shifting of the factors.”

Released on Sept. 22, the Department of Labor’s proposal for identifying independent contractors uses two core factors: “the nature and degree of the worker’s control over the work,” and “the worker’s opportunity for profit or loss based on initiative and/or investment.”

According to Cotney — who is based in Florida but licensed in multiple states, including Indiana — the key question is essentially, could the worker be financially viable apart from the principal on the construction project? Three additional factors can also be used to guide that analysis: the amount of skill required for the work, the degree of permanence of the working relationship between the worker and the employer, and whether the work is part of an integrated unit of production.

The department’s proposal creates a tiered system, said Joe Pettygrove, a partner at Kroger Gardis & Regas. The two core factors are given predominant consideration, while the three additional factors are guideposts if the first two don’t provide a clear answer. 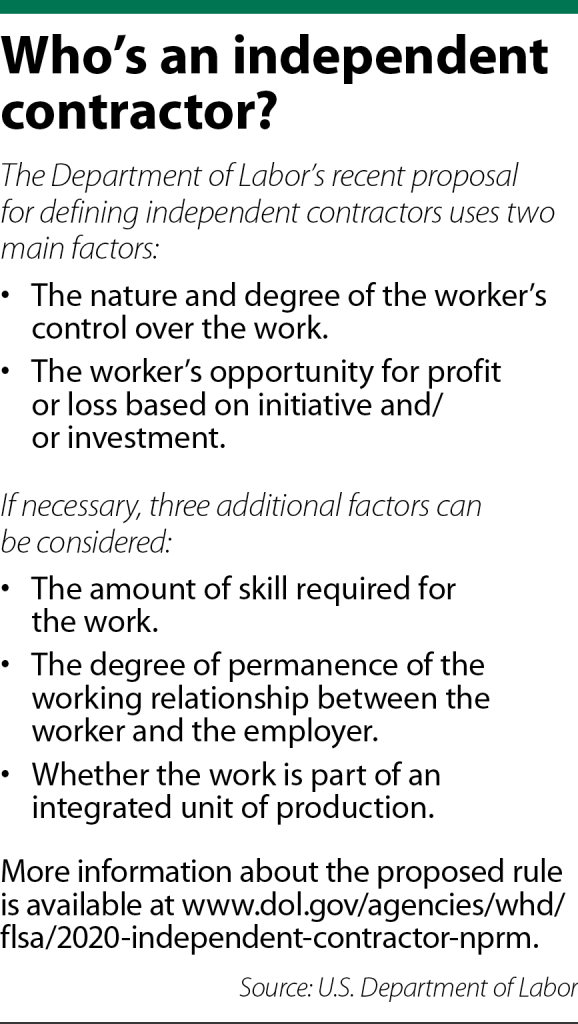 Conversely, the current test used by the department takes a “totality of the circumstances” approach, Pettygrove said. It includes seven equally weighted factors:

• The extent to which the services rendered are an integral part of the principal’s business.

• The permanency of the relationship.

• The amount of the alleged contractor’s investment in facilities and equipment.

• The nature and degree of control by the principal.

• The alleged contractor’s opportunities for profit and loss.

• The amount of initiative, judgment or foresight in open market competition with others required for the success of the claimed independent contractor.

• The degree of independent business organization and operation.

The two tests share common factors, Cotney said, though the proposed test is narrowed. Having a narrower focus might benefit him when trying to defend an employer against misclassification, he said.

“But at the end of the day,” Cotney continued, “a lot of it gets blurred.”

Construction lawyers and employment attorneys who work with construction clients are quick to note that the Department of Labor is not the only agency that cares about how employees are classified.

For the DOL, the concern is the Fair Labor Standards Act. But there are also tax considerations at the IRS, benefits considerations under ERISA and local unemployment agencies, Pettygrove said. He ranks the IRS and the Department of Labor as the top considerations, given the high-dollar consequences that can result from not following their policies.

What’s more, the DOL’s test is not the only analysis used for distinguishing between employees and independent contractors, said Alex Preller, an associate in Faegre Drinker Biddle & Reath’s Indianapolis office.

Some jurisdiction’s use a three-factor “ABC test,” Preller said. Under that test, it’s often the “B” prong — whether the worker performs work that is outside the usual course of the hiring entity’s business — where the line gets blurred, he said. Other jurisdictions such as Texas use a test with 20 factors.

The issue isn’t specific to construction law, Preller added. And even if the DOL’s new test is adopted, the other tests will still be viable, he said.

Having an independent contractor is preferable from a pure dollars-and-cents standpoint, Pettygrove said. With independent contractors, employers are not obligated to meet minimum wage, deduct payroll taxes or provide benefits, among other perceived advantages. With employees, each of those requirements must be met.

In some cases, judges will go line-by-line through the DOL’s current test to determine whether a worker is properly classified, Cotney said. But generally, if an employer fails on one of the factors, they likely failed on multiple, meaning a misclassification took place.

“It’s very gray, but here’s what I like: I like that they (the workers) are working for more people than just you … and I like the fact that they advertise, they don’t wear safety gear with your name on it, they’re not driving your trucks,” Cotney said. “Any of that is good.”

For example, employers are not required to verify independent contractors’ immigration status, Cotney said. But if it turns out a contractor was actually an employee, the employer will be fined for failing to obtain an I-9 form.

Or, if a worker improperly receives a 1099 tax form rather than a W-2, the employer will face additional taxes and penalties from the IRS, Cotney continued. Worker’s compensation benefits and requirements from the Occupational Safety and Health Administration also can be implicated.

If the misclassification is limited to a short period of time or just a single employee, the exposure might not be as bad, Pettygrove said. But if there are multiple errors over an extended period of time, that’s when the “company killer” liability can occur.

The comment period on the Labor Department’s new proposal ended Oct. 26, and Cotney said he expects the proposal to be adopted. But, the lawyers added, politics could still impact the test’s enforcement.

The Trump administration threw out regulations implemented under the Obama administration early in President Trump’s term, Preller said. If Joe Biden succeeds against the president in the upcoming election, his administration could choose to throw out the current proposal.

Even so, the DOL is traditionally among the departments least likely to be affected by shifting political whims, Pettygrove said. And what’s more, Preller noted the Obama and Trump tests were not all that different.

“Since there has been so much variation across the board here, if all of a sudden we hit on one test that everyone likes, that would make it more predictable,” Preller said. “I’m not sure if that’s likely, but it would be an interesting outcome.”•