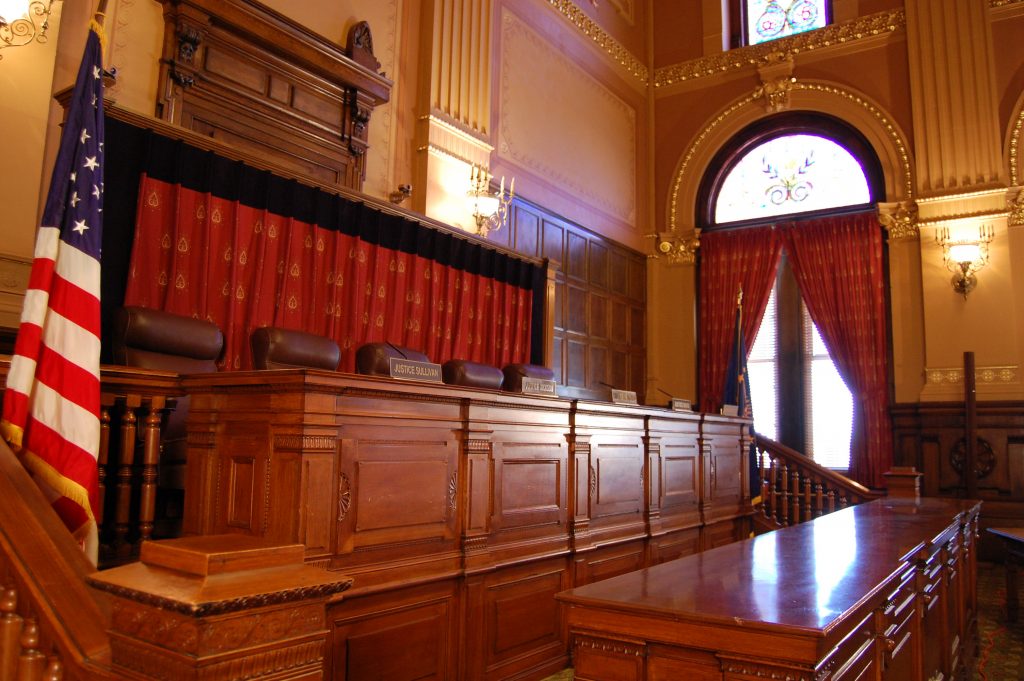 The Thomas More Society, based in Chicago, is the first organization to submit an amicus curiae brief in the fight over the Hoosier State’s new abortion law, which is now pending before the Indiana Supreme Court.

The brief was presented to the Supreme Court on Monday. However, it is not yet available on the online docket because of formatting problems.

The Society announced the filing of the brief in a press release.

SEA 1, which banned abortions with only narrow exceptions, was passed during a special session of the Indiana General Assembly following the U.S. Supreme Court ruling in Dobbs v. Jackson Women’s Health Organization overturning the constitutional right to terminate a pregnancy. Gov. Eric Holcomb signed the bill into law Aug. 5.

The law was immediately challenged by Planned Parenthood and other medical providers who argued the new prohibition violated the Indiana Constitution.

In September, the Monroe Circuit Court granted the plaintiffs’ motion for a preliminary injunction, which blocked the enforcement of the new abortion law.

In its brief, the Society echoed the arguments presented by the Indiana attorney general before the trial court.

To support the first argument, the Society relied heavily on decisions by other state courts, which have held similar provisions in the constitutions of their own states were not self-executing or did not create any rights that could be enforced.

Moreover, the brief pointed to Doe v. O’Connor, 790 N.E. 2d 985 (Ind. 2003), where the Indiana Supreme Court also looked across state lines. The justices, according to the Society, expressed doubts that the “inalienable rights” provision created any judicially enforceable rights, and noted similar provisions in other state constitutions were found to be “general principles” that could not be “routinely and uniformly applied.”

The Society also provided a counter argument should the Supreme Court determine the Indiana Constitution does create judicially enforceable rights. Namely, the brief asserted the context of the history surrounding the drafting and ratification of the Indiana Constitution shows that abortion was not considered a right then and therefore cannot be considered an enforceable right today.

To support its assertion, the Society highlighted an 1835 Indiana law that prohibited abortion except to save the life of the mother. Criminal penalties were subsequently enacted, the brief noted, and before Roe v. Wade, the Indiana Supreme Court affirmed the convictions of lay persons and physicians for performing illegal abortions “without any hint that the prosecutions were barred by the Indiana Constitution.”

The brief also cited to Cheaney v. State, 259 Ind. 138, 285 N.E.2d 265 (1972), cert. denied for want of standing of petitioner, 410 U.S. 991 (1973). In that split ruling, with Justice Roger DeBruler dissenting, the Indiana Supreme Court rejected challenges on the basis of privacy, equal protections and vagueness to the state’s pre-Roe abortion statute. Upon reviewing developments in law and medicine, the brief continued, the Supreme Court extended legal rights to unborn children.

“No state constitutional arguments were raised in Cheaney,” the Society brief stated. “Nevertheless, this Court’s recognition that the unborn child has rights and that the State has a ‘valid and compelling’ interest in the life of the child ‘from the moment of conception’ cast doubt on any claim that an independent right of abortion exists under the Indiana Constitution.

“At the very least,” the brief continued, “Cheaney suggests that an abortion ban would bear a rational relationship to the legitimate legislative goal of preserving unborn human life.”