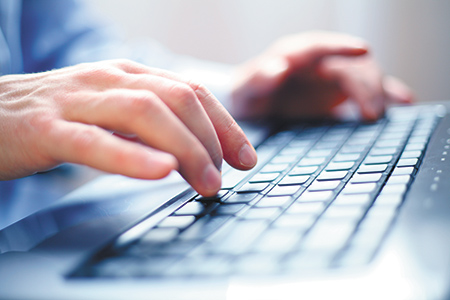 A group of retired federal judges has learned life after the bench comes with PACER fees.

The seven judges, including Richard Posner from the 7th Circuit Court of Appeals, submitted an amicus curiae brief in one of the lawsuits challenging the fees that the federal judiciary electronic court filing system charges for federal court records. They wrote in support of neither party but highlighted the obstacle they have since learned that the fees pose to those who do not work in the courts.

“From the inside, access to the Public Access to Court Electronic Records (PACER) system was free and unlimited,” the retired judges wrote. “From the outside, amici must carefully consider whether the click is worth the cost.”

The cost of the click is at the heart of the ongoing disputes and disparagement of PACER.

Tracing its roots to 1988, PACER put online the complaints, motions and orders filed in the federal courts. Attorneys could electronically file a document from their desks, clerks no longer had to stamp and file all those papers, and any legal professional or member of the public could track a case without having to make a trip to the courthouse.

Users are charged per page, but the E-Government Act of 2002 limited the cost to only what was necessary to reimburse the expenses of providing the online access. The lawsuit in which the federal judges penned their brief — National Veterans Legal Services Program, et al. v. United States of America, 16-00745 — asserts the fees have far exceeded the expense.

In a memorandum opinion issued in the National Veterans case, Senior Judge Ellen Segal Huvelle of the U.S. District Court for the District of Columbia noted the judiciary collected more than $920 million in PACER fees from the start of fiscal year 2010 to the end of fiscal year 2016.

By law, according to the Administrative Office of the U.S. Courts, money collected from PACER can only be used for functions that make the court business more available to the public. The funds cannot be used for general court operations and PACER money was not tapped to help keep the federal courts open during the 35-day federal government shutdown that ended Jan. 25.

However, the retired judges argued the fees impose a cost beyond money. They asserted charging for access to public documents reduces judicial transparency and impedes research into making the courts work better.

Also, the cost greatly disadvantages pro se litigants. If the fees were lifted, the judges reasoned, self-represented parties, particularly prisoners, could comply with the rules and present relevant arguments by having the ability to freely access someone else’s petition.

“The lower federal courts should take their lead from the (U.S.) Supreme Court’s electronic-filing system,” the judges wrote. “The Supreme Court recently developed and deployed a mandatory electronic-filing system. … Unlike PACER and its fees, the Court is able to make ‘virtually all new filings … accessible without cost to the public and legal community.’ The lower courts should do the same.”

What is a court opinion?

The National Veterans case is not the only lawsuit against PACER fees. Florida attorney Theodore D’Apuzzo filed a complaint in 2017, contending the system is improperly charging users for court opinions.

D’Apuzzo argued the E-Government Act of 2002 mandates the federal courts provide the public with free access to judiciary opinions. Previously, the federal court ruled in April 2018 that the act does not mandate free access to such opinions; however, in his motion for summary judgment, the attorney asserts he had not briefed the issue in detail prior to the ruling.

Along with the E-Government Act’s mandate, the “official guidance” from the Judicial Conference offered a definition in a 2004 memorandum. Specifically, the conference held that an opinion was “any document issued by a judge or judges of the court … that set forth a reasoned explanation for the court’s decision.”

Under that definition, D’Apuzzo argued, the definition would include rulings granting or denying motions to dismiss as well as for summary judgment, class certification or preliminary injunction.

The defendant countered that determining what constitutes an opinion is left to the discretion of the federal judges. Individual courts have the responsibility of identifying which documents are an opinion and, therefore, could be accessed free of charge.

“… (W)hile the Guidance sets forth a definition of ‘written opinion’ for purposes of the E-Government Act’s requirement that the substance of all written opinions issued by the court be made available in a text search format, the definition keeps the term open-ended because in every instance it is left to the subjective interpretation of the authoring judge to determine whether an order constitutes an opinion,” the government wrote in its motion for summary judgment.•