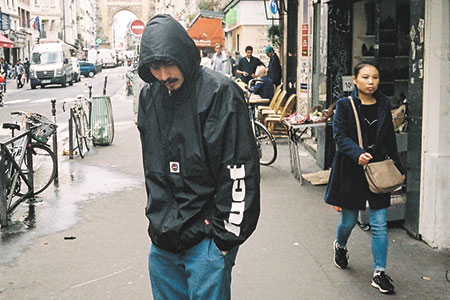 The shock factor is nearly palpable.

Emblazoned across hats, T-shirts, sweatshirts and even clothes for kids is the brand name Friends U Can’t Trust — FUCT for short. Sound out the four-letter acronym and you’ll realize it’s a homonym for another four-letter word beginning with “f” that’s not often accepted in polite society.

But that is the point of the FUCT clothing brand — to shock polite society. Erik Brunetti’s streetwear brand is intended to challenge the government and question authority, and his customers are drawn to the inherent rebelliousness of the brand’s name.

But the name has received less love at the U.S. Patent and Trademark Office, which has denied Brunetti’s request to trademark his brand name. Because of a statutory provision that prohibits “scandalous” or “immoral” trademarks, FUCT remains an unregistered mark, and has been that way since Brunetti, an artist, launched his clothing line in 1990. 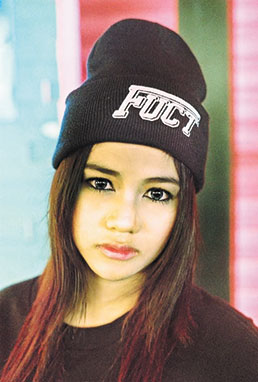 But a case just heard by the United States Supreme Court on Monday could change FUCT’s unregistered status. Brunetti has taken his anti-establishment brand all the way to the nation’s highest court, urging the justices to uphold a lower court ruling that struck down the “scandalous and immoral” prohibition as a First Amendment violation.

If the Federal Circuit Court of Appeals’ ruling is upheld, the government claims, more “scandalous” and “immoral” marks will enter the marketplace and offend everyday consumers. But Brunetti and his supporters say offensive content is already out in society, and the First Amendment specifically prohibits the government from telling businesses whether that content can be a part of their brand.

The case of Iancu v. Brunetti, 18-302, stems from the denial of Brunetti’s 2011 application for trademark registration. Relying on Section 2(a) of the Lanham Act, 15 U.S.C. section 1052(a), the PTO rejected Brunetti’s application because FUCT, through its similarities to its phonetic twin, “consists of or comprises immoral … or scandalous matter.” 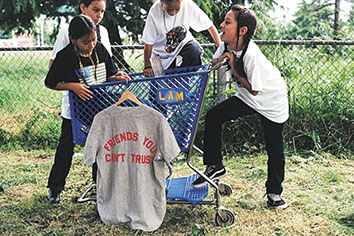 The Supreme Court recently addressed another Section 2(a) provision in Matal v. Tam, 582 U.S. ___ (2017), which dealt with the “disparagement clause.” That provision — which prohibited trademarks that “may disparage … persons, living or dead, … or bring them into contempt, or disrepute” — was struck down as unconstitutional viewpoint discrimination. At issue was West Coast-based rock band “The Slants,” comprised of Asian-Americans seeking to reclaim the term “slant.”

As in Tam, Brunetti’s attorney John Sommer — an Indiana-born and -bred lawyer now working in California — argues the “scandalous and immoral” clause is unconstitutional viewpoint discrimination. In issuing its denial, Sommer said the PTO “reamed” Brunetti and called him a misogynist and a nihilist. According to Sommer, that clearly indicates the FUCT mark was denied registration because of the viewpoints the brand expresses.

The government, however, argues the scandalous and immoral provision does not infringe upon speech but instead infringes upon the mode in which speech is expressed.

“The applicability of the scandalous-marks provision did not turn on what (if any) message respondent sought to convey by using that term,” the PTO wrote. “The agency’s refusal to register the mark was based not on the views expressed, but on the ‘especially offensive’ mode of expression.”

The federal circuit agreed that FUCT would qualify as scandalous or immoral under the clause, but struck down the PTO’s application denial as a violation of the First Amendment.

In urging the high court to overturn the Federal Circuit’s decision, the PTO argues in its briefs that Brunetti can still use the FUCT mark and convey his message without federal registration. The only thing he lacks, the government argues, are the federal benefits that come with registration.

Those benefits are numerous, local intellectual property attorneys say. For example, having a federally registered trademark gives the trademark holder rights to the mark nationwide, rather than only in their geographic area, said Matthew Clark of Bose McKinney & Evans. And from an international perspective, Ice Miller’s Holly Banta said a registered trademark — generally indicated with the symbol ® — gives mark holders priority for international filings and helps ensure products infringing on the mark don’t cross the border into the United States.

What’s more, the scandalous and immoral clause seemingly gives the government permission to treat some businesses differently than others based on the trademark they choose to use, said Charlie Meyer, a partner at Indianapolis IP firm Woodard, Emhardt, Henry, Reeves & Wagner, LLP. But such unequal treatment would seem to be unconstitutional, Meyer said.

“Is it the government’s job to treat people differently on this basis?” Meyer said, pointing to a question he thinks is an important issue for the justices to resolve. Further, if Tam stands for the proposition that the government cannot determine what is “disparaging,” then Meyer questioned why the government would still be allowed to decide what is scandalous or immoral.

But Tam’s applicability is another key issue in Brunetti. The PTO argues Tam is not controlling, noting that while all eight justices agreed the disparagement clause was facially invalid, they split 4-4 on the rationale behind that decision. Justice Neil Gorsuch was not yet on the bench when Tam was argued, and he did not participate in the decision.

Sommer’s brief urges the high court to overcome Tam’s 4-4 split by overturning the rule laid out in Marks v. United States, 430 U.S 188, 194 (1977), and instead return to the Dual Majority Rule, which he describes as “majority on the judgment and majority on the reasoning.”

When Tam initially came down, Clark said many IP attorneys believed the scandalous and immoral clause would soon follow the path of the disparagement clause. Clark said he was surprised SCOTUS chose to take Brunetti in light of Tam and surmised that the justices might want to avoid a circuit split or might have seen some distinction between the two cases.

One such distinction, Clark said, might be whether the scandalous provision represents viewpoint discrimination in the same way the disparagement clause was found to do. Meyer noted both provisions involve a judgment call on the part of the PTO, and societal mores on what is disparaging, scandalous or immoral inevitably change over time.

In a similar vein, Sommer argues in the alternative that the scandalous and immoral clause is unconstitutionally vague under the First Amendment and Fifth Amendment. 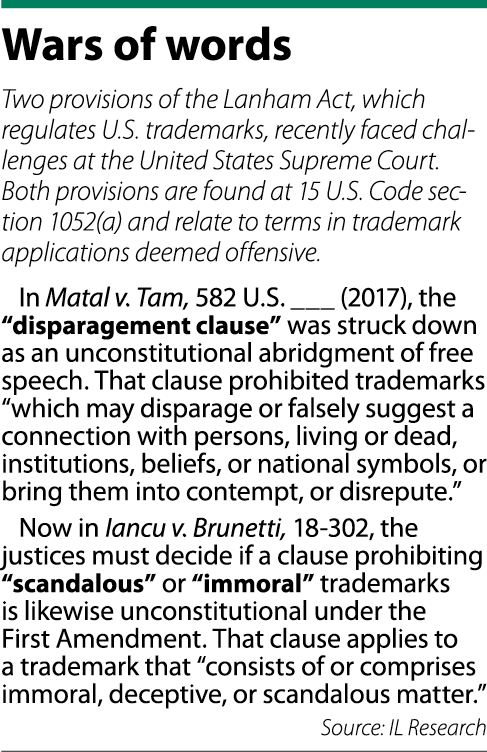 If the Federal Circuit’s decision is upheld, the PTO argues it will receive a deluge of applications for scandalous and immoral trademarks that will necessarily be granted. That would disrupt the general public, the government says, and interfere with the “orderly flow of commerce.”

But the IP attorneys don’t see that claim bearing out in reality. Ted Davis, an Atlanta attorney who authored amicus briefs in both Tam and Brunetti, said applications for scandalous marks will likely increase, but that doesn’t mean the products with those marks will do well in the market. Often, brands with trademarks that are considered offensive don’t last through the five-year initial registration window, he said.

What’s more, Banta said truly obscene content, such as child pornography, does not enjoy First Amendment protection and, thus, still won’t be allowed into the marketplace. If Section 2(a) were struck, Banta said, then the court might develop a test to ensure the existing prohibitions on obscene material remain relevant in trademark considerations.

There are several ways the court could decide Brunetti, the attorneys say. Clark said the justices might decide the case on the vagueness issue and leave the First Amendment questions untouched. And if the court does strike down Section 2(a), Davis’ amicus brief — written on behalf of the American Intellectual Property Law Association — urges the court to leave other Lanham Act provisions, such as prohibitions on confusing or descriptive marks, intact.

For Sommer and Brunetti, the hope is that the court will see the broader implications of what they view as an abridgement of free-speech rights.

“Clearly if we can refuse protection to trademarks because a minority is offended, or we can refuse it because it’s scandalous,” the California attorney told the Indiana Lawyer, “then we have made discourse bland.”•