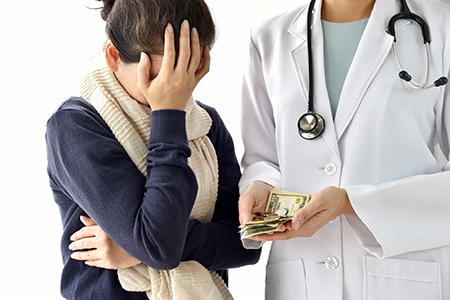 The Indiana State Bar Association began working to offer health insurance to its members after a 2018 survey of Indiana attorneys found many struggling to find affordable coverage. That plan is now undergoing changes after a federal court ruling that affects solo practitioners. (Shutterstock.com photo)

When the federal district court in Washington, D.C., ruled in a dispute over the Employee Retirement Income Security Act of 1974 (ERISA), Indiana State Bar Association president Todd Spurgeon heard the screech of a locomotive coming to sudden stop.

The train in this instance was the ISBA’s initiative to offer health insurance to its members. The screech was the exclusion of solo practitioners from participating in the program because the federal court found that working owners with no employees could not be covered under any association’s health plan.

However, work continues on developing the ISBA health plan, and a presentation about a new insurance program was made during the 2019 Solo and Small Firm Conference in June. An October launch date is planned, with December targeted as the effective date.

“We’re trying to get something that is as foolproof as we can get it,” Spurgeon, partner at Kightlinger & Gray LLP in New Albany, said. He hopes the ISBA will be allowed “to plug in solo members if the ruling is overturned on appeal.”

The state bar association began introducing its health insurance plan and signing up attorneys for coverage during the first part of this year. A key to the new program was the expectation that premiums would be 10 percent to 12 percent lower because the ISBA was partnering with Apostrophe, Inc., a health care tech startup based in Colorado. Essentially, the startup operates on a business model of working directly with health care providers and paying for services quickly, resulting in lower patient costs.

Sparking the push for health insurance was the ISBA’s 2018 survey that found health care was a primary concern among Indiana attorneys, with 63 percent of respondents saying their firm offered no employer-sponsored group health insurance. The idea of providing coverage had long been kicked around by the association, but with the collapse of health insurance exchanges established under the Affordable Care Act, the ISBA board actively sought a solution.

Spurgeon believes the impact of having health coverage ripples beyond being able to afford a visit to a physician and get prescriptions filled. Offering health insurance is a way for law firms to keep attorneys and staff healthy, as well as to attract top talent.

“Especially for small firms, it’s very important for folks to have good health care so they can serve clients,” he said.

As the request for proposals was progressing, some insurance providers alerted the ISBA that a change in federal rules would allow coverage to be extended to solo practitioners.

The expansion in eligibility came when the U.S. Department of Labor issued a final rule in 2018, altering its interpretation of the definition of “employer” under ERISA. Among the changes created by the rule was the new provision that allowed working owners, such as solo practitioners, without any common-law employees, to qualify in ERISA as both an employer and employee. This enabled sole proprietors to enroll in association health plans such as the one the ISBA has been preparing.

Looking at the working owner provision in particular, the district court ruled, “As a practical matter, one does not have an employment relationship with oneself. … There is no indication that Congress crafted the statute with the intent of sweeping working owners without employees — who employ no one — within ERISA’s scope through the statutory definition of ‘employer.’”

The Department of Labor has appealed to the District of Columbia Circuit Court of Appeals. Oral arguments have not been scheduled.

Indiana has joined 13 other states along with governors of Mississippi and Kentucky in an amicus brief in support of the Labor Department. Another brief filed by the National Association of Realtors asserts the interpretation of worker owners is consistent with the department’s long-held position that sole proprietors should be able to participate in ERISA-covered plans.

While the case was being argued in district court, the ISBA’s health plan was being finalized. In mid-February, the board approved the creation of a voluntary employees’ beneficiary association trust, which was the funding mechanism for the insurance program.

Then about six weeks later, the district court overturned the final rule. Spurgeon remembered getting a phone call and imagining the ISBA’s health initiative being derailed.

ISBA executive director Joe Skeel said the plan is undergoing changes, but the end product will be the same. Noting the funding scheme is going to be different, he said the association and its partners are making structural changes and working to get approval from the state.

“The back-end structure that (the plan is) built on will be a little different, and I don’t have many details on that yet,” Skeel said. “But the front end will look very similar to what we talked about at the very beginning, same concept and same membership requirements.”•