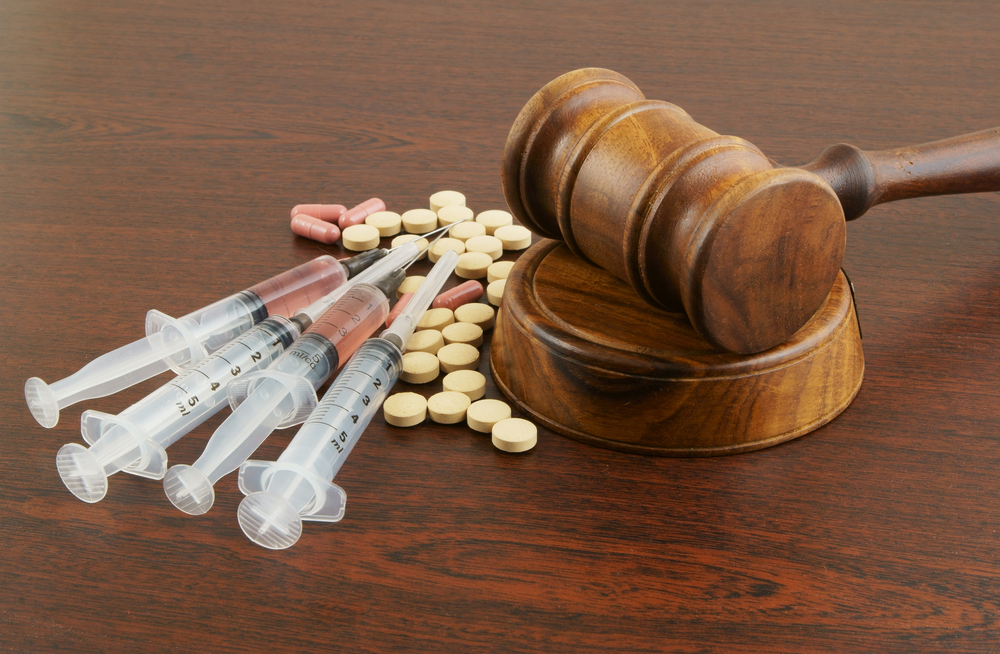 Although precedent holds that law enforcement needs “reasonable suspicion” to conduct dog sniffs at the front door of private residences, the Court of Appeals of Indiana has found that a dog sniff in a hotel walkway did not violate the Indiana Constitution’s protection against unreasonable search or seizure.

Judge Elizabeth Tavitas went further in a concurrence, arguing a dog sniff of a hotel’s common area is not a search or seizure at all.

The issue arose when Courtney Crabtree was charged with multiple drug and firearm offenses after Plainfield police officers searched the hotel room where she was staying and found cocaine, methamphetamine and four oxycodone pills.

The police became suspicious while patrolling the parking lot of the local hotel, which is in a high-crime area. They noticed a truck with a temporary paper license plate showing a VIN that did not match the VIN on the vehicle. The contents of the truck — which included a ski mask, a knife and latex gloves — also raised concerns.

The officers then conducted a dog sniff of the hotel’s upstairs outdoor walkway, and the dog alerted to Room 233. The police knocked and when Crabtree opened the door, they entered and saw a bong. At that point, they applied for and obtained a search warrant.

Crabtree filed a motion to suppress the evidence, arguing the drugs were the product of an unreasonable search and seizure under the Fourth Amendment of the U.S. Constitution and Article 1, Section 11 of the Indiana Constitution.

The Hendricks Superior Court denied the motion, finding the police had “a reasonable suspicion for a free air K-9 sniff” outside Crabtree’s room.

In Courtney Elizabeth Crabtree v. State of Indiana, 21A-CR-2752, the Court of Appeals affirmed. The appellate panel agreed the warrantless entry violated the Indiana Constitution but held the later search was conducted under a search warrant that was supported by “sufficient legally obtained information.”

Also, even though Harper v. State, 963 N.E.2d 653 (Ind. Ct. App. 2012), trans. denied, held the inside of a hotel room is akin to a home for purposes of Article 1, Section 11, the appellate court here did not see the constitutional protection as extending to a hotel’s exterior walkway.

Consequently, the Court of Appeals found a “Terry-level reasonable suspicion” is not an “absolute necessity” for a dog sniff of a hotel room door.

Looking to Litchfield v. State, 824 N.E.2d 356 (Ind. 2005), the Court of Appeals balanced the three factors of suspicion, intrusion and needs, then found the search of Crabtree’s hotel room was reasonable.

The officers’ investigation of the truck led them to conduct a dog sniff that was positive for drugs. Subsequently, they were able to connect the truck to Crabtree. Thus, the officers had “at least a moderate degree of suspicion” about Crabtree’s hotel room.

“As for law enforcement needs, officers needed to continue pursuing their investigation, as at this point they were reasonably certain criminal activity was occurring,” Judge Nancy Vaidik wrote. “So while the degree of suspicion and extent of law enforcement needs here were not the highest possible, we believe they were sufficient to conclude the dog sniff was reasonable, especially considering the low degree of intrusion.

“The trial court did not err in determining the dog sniff of the hotel-room door did not violate Article 1, Section 11,” Vaidik concluded.

Blankenship presented a similar situation of a dog sniff in the hallway of a hotel, but the Court of Appeals found no violation of the defendant’s rights under Article 1, Section 11.