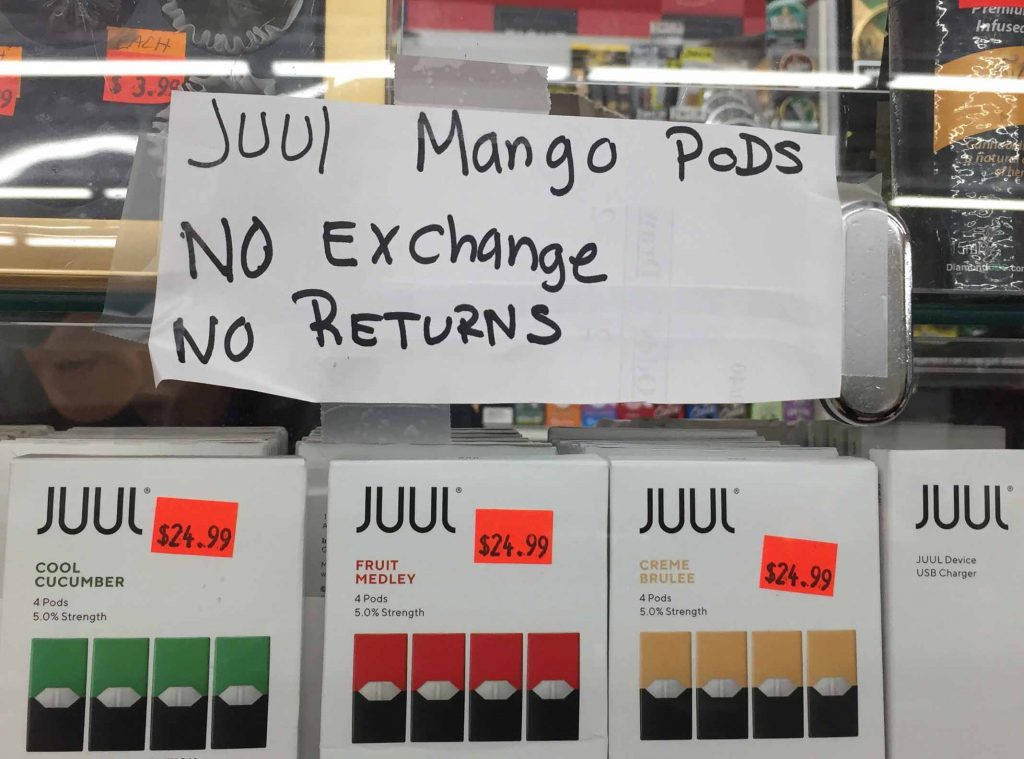 Boxes of counterfeit fruit-flavored Juul vaping products discovered during the execution of a search warrant were confiscated from a Lake County store Friday after a customer reported the products were fake.

Numerous invoices also were confiscated from the location, the ATC stated in a press release. ISEP, the commission’s enforcement division, is currently working to determine where the counterfeit pods originated.

The search warrant is the result of a two month-long investigation that began after a citizen complaint alleged that upon opening a product purchased from the retailer, it was clear the product was fake because “the package, pods and liquid contained inside were all obviously different than the Juul Brand product.”

“Recently, vaping-related illnesses are on the rise nationwide. The hazards associated with counterfeit vaping products are a serious public health and safety matter. The Indiana State Excise Police will work to help get these counterfeit products off of the streets,” said Excise Police Superintendent Matt Strittmatter. “By law, the mission of the Indiana Alcohol and Tobacco Commission is to protect the health of Hoosiers by regulating alcohol and tobacco products, including those used for vaping.”

The business was cited administratively for public nuisance, failing to maintain invoices, and obtaining e-liquid from an unauthorized source. The investigation will be turned over to the Lake County Prosecutor’s Office for review.

The primary mission of the ISEP is to promote public safety by enforcing Indiana’s alcoholic beverage code. Indiana Code 7.1-7 gives the Indiana Alcohol and Tobacco Commission and the Indiana State Excise Police the authority to regulate and enforce vapor pens and e-liquid.