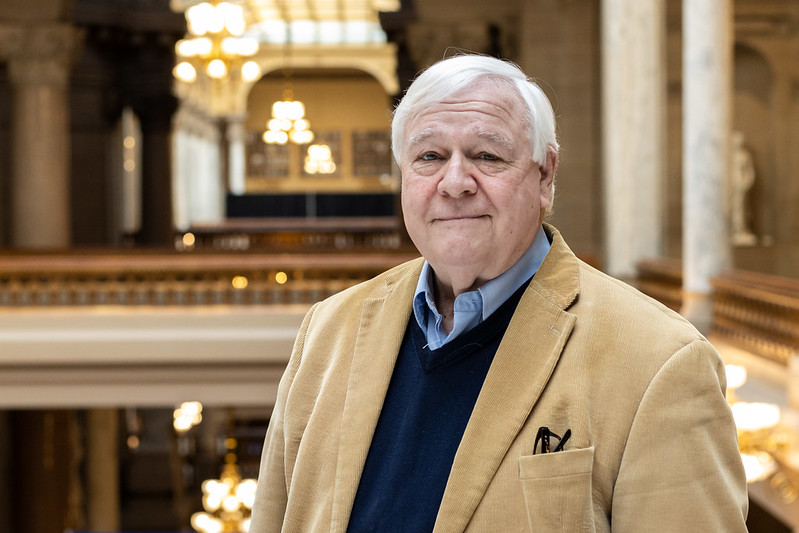 A former judge and the current chairman of the Indiana Alcohol and Tobacco Commission is moving to a new public service position next month, transitioning to the role of Indiana inspector general.

“David Cook brings decades of public service experience to the position of Inspector General,” Holcomb said in a news release. “I am grateful that David has agreed to serve Indiana in this position, and I am confident that he is the right man for the job of ensuring Hoosiers get the great government service they deserve.”

The Office of Inspector General was created by law in 2005 and is charged with addressing fraud, waste, abuse, mismanagement and wrongdoing in state government.

The ATC is also an oversight organization, responsible for the regulation and licensing of the alcohol and tobacco industries. It also directs the Indiana State Excise Police.

Cook became chair of the ATC in 2015 and was reappointed to the position in 2017. As chair, he “built an enforcement strategy focused on compliance through education and assistance and partnered with local law enforcement to address problem establishments and decrease criminal activity,” Holcomb said. Additionally, Cook created industry roundtables to improve communication between commissioners and industry members.

Prior to joining the ATC, Cook was judge of Marion Superior Court Criminal Division 7, which had a high-volume misdemeanor caseload. Before that, he was chief public defender in Marion County and also presided over civil and family law cases in Marion Circuit Court. He also served as the chief trial deputy in the Marion County Prosecutor’s Office and worked in private practice.

Cook earned his undergraduate degree from Ball State University and his J.D. from Indiana University Robert H. McKinney School of Law in Indianapolis.