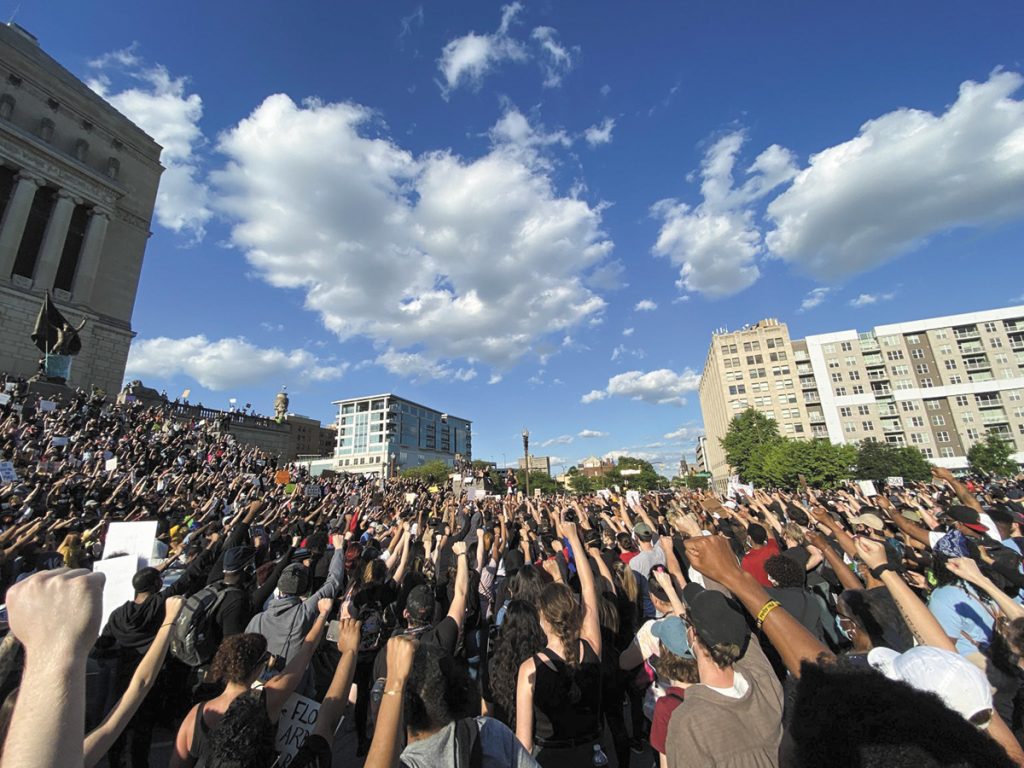 Thousands turn out for protests against police brutality on May 30, 2020, before weekend demonstrations turned violent. (IBJ Photo/Mickey Shuey)

A man convicted of reckless homicide in the 2020 shooting of a young Black man in Indianapolis during unrest sparked by George Floyd’s killing by Minneapolis police was sentenced Thursday to one year of home detention.

Prosecutors had charged Newby with murder, but a Marion County judge conducting a bench trial found Newby, who is white, guilty of the lesser crime of reckless homicide.

Murrell, 18, died from a single gunshot wound to the heart after being shot in downtown Indianapolis on May 31, 2020, during violence that followed protests over the killing of Floyd, a Black man.

Newby surrendered shortly after the shooting. He claimed self-defense, saying the shooting occurred after he was approached by people and shoved to the ground. Newby said he saw someone standing over him and fired.

Prosecutors argued that being shoved to the ground didn’t justify killing someone.