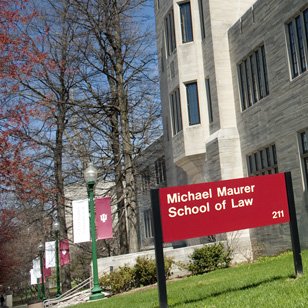 The next dean of the Indiana University Maurer School of Law will come from in house.

Ochoa, who has served as interim dean since July, will move into the full-time deanship at the Bloomington school effective Nov. 1. She is the first person of color and the second woman to be named dean in IU Maurer’s history.

Additionally, according to IU Maurer, Ochoa is the eighth Latina ever to serve as the dean of a U.S. law school.

“The Maurer School of Law has a long history of local, national, and international leadership on the most pressing legal and social issues,” Ochoa said in a statement. “Our students, alumni, faculty, and staff share the vision that we must continue to contribute invaluable service to the legal profession and society at large, while always striving to ensure that the diversity of the legal profession positively reflects that of the nation. I am deeply honored to be asked to serve as the next dean of this outstanding law school.”

“Through her many exceptional years of leadership — at IU Maurer, and internationally — Professor Christiana Ochoa has modeled the kind of legal practice, scholarship, and advocacy we want our students to know is possible in the legal profession,” Shrivastav said in a statement. “Christy’s collegiality, vision, and commitment to students and peers is inspiring. I could not be more pleased to welcome her into this new role.

Ochoa was named interim dean after Austen Parrish announced his departure for the University of California, Irvine School of Law in the spring.

The new dean beat out Zachary Kramer, the current interim dean of the Sandra Day O’Connor College of Law at Arizona State University, and James Speta, professor at the Northwestern University Pritzker School of Law, for the job.

Ochoa has worked at IU Maurer since 2003 in various leadership and teaching capacities. She has served as associate vice provost for faculty and academic affairs, is the founding academic director of the IU Mexico Gateway, and is a founding and current associate director of IU’s Center for Documentary Research and Practice, among other accomplishments.

According to IU Maurer, “Ochoa has been widely recognized for her research, teaching, and service. Individually, and as part of research teams, she has won competitive funding from sources including the Mellon Foundation and the U.S. Department of Education. In 2015, she was a co-PI for a prestigious Sawyer Seminar on Documentary Media and Historical Transformations.”

With Ochoa’s hiring, for the first time in the state’s history, all of Indiana’s law schools have a person of color as dean, with Dean Karen Bravo leading the IU Robert H. McKinney School of Law in Indianapolis and Dean G. Marcus Cole heading Notre Dame Law School in South Bend.