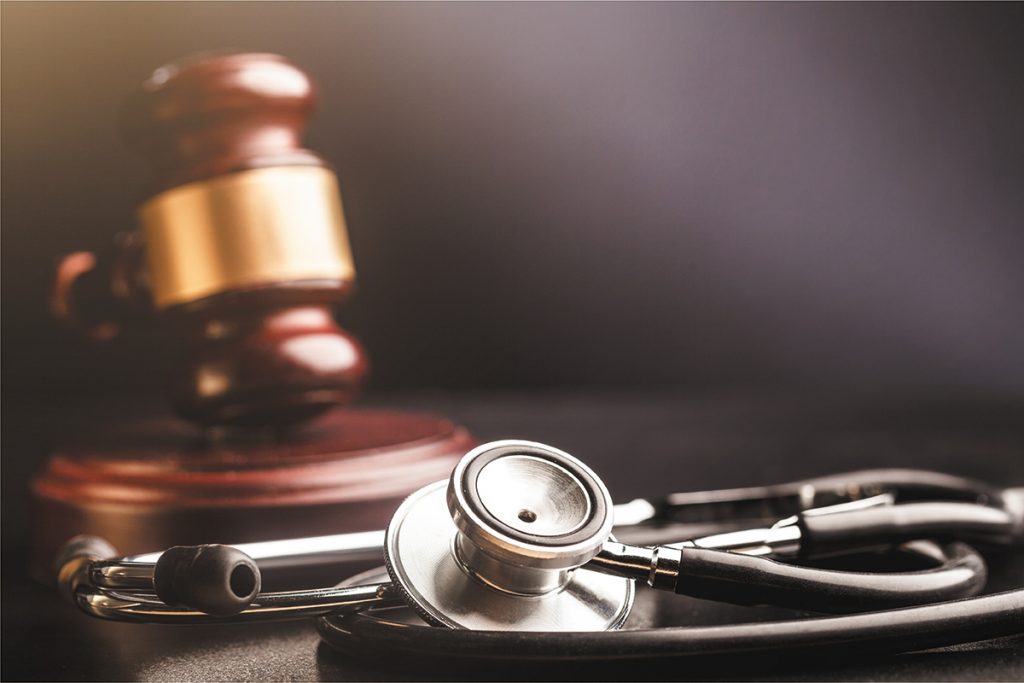 A woman whose medical diagnosis was mailed to the wrong person and then shared on social media may proceed with part of her suit against Community Health Network, the Court of Appeals of Indiana has ruled, finding genuine issues of material fact remain.

After undergoing an examination and medical testing in the emergency department of an Indianapolis Community Health Network facility in 2018, Z.D. was unreachable by hospital staff in attempts to deliver her test results.

A Community employee eventually put a letter with Z.D.’s medical diagnosis and suggested treatment in an envelope, but it was addressed to another person. The recipient of the letter, Jonae Kendrick, was a student who attended high school with Z.D.’s daughter, and she posted the letter on Facebook.

Multiple third parties, including Z.D.’s daughter, saw the post. Z.D. learned about her diagnosis from her daughter and paid Kendrick $100 in exchange for the letter, which was removed from Facebook.

The damage was done, however, as Z.D. felt the ripple effects in her personal and work life.

In January 2020, Z.D. filed a three-count complaint against Community alleging generally that its employee(s) “distributed [her] extremely sensitive and private health information to unauthorized person(s) and the general public” and that, as a result, she “suffered extensive injuries.”

She specifically alleged that Community was vicariously liable under the doctrine of respondeat superior for the distribution of Z.D.’s “extremely private and sensitive health records to unauthorized member(s) of the general public” and that, “[a]s a direct and proximate result” of those acts, Z.D. had suffered damages.

The second count alleged Community was negligent in training, supervising and retaining its employees.

Finally, the third count alleged Community “owes a non-delegable duty to its patients to protect the privacy and confidentiality of their protected health information” but had “breached its statutory and common law duties of confidentiality and privacy to [Z.D.]” by having “no warning system” to catch the mistake before it happened.

Community moved for summary judgment, asserting Kendrick’s posting of the letter on Facebook was an unforeseeable “criminal act” that broke “the chain of proximate causation”; that Z.D. could not recover emotional distress damages under a negligence theory; and that Community could not be liable for negligent training and supervision if its employee was acting within the scope of employment.

As for the extent of the damages for invasion of privacy, Community alleged “her only potential tort claim would be the subtort of public disclosure of private facts, which Indiana does not recognize as valid.”

The Marion Superior Court granted Community’s motion, finding that Count 2 of Z.D.’s complaint “fails as a matter of law” because Community had “acknowledged that its employee was acting within the scope of her employment.”

As for Counts 1 and 3, the court concluded that the modified impact rule and the bystander rule barred Z.D. from recovering emotional distress damages under a negligence theory; that Z.D. could not recover damages for loss of privacy because she did not specifically plead an invasion of privacy claim; and that Community was not the proximate cause of Z.D.’s alleged injuries as a matter of law.

The Court of Appeals summarily affirmed the ruling as to Count 2 because Z.D.’s appeal did not address that portion of the trial court’s order.

As for the first count, the COA found a genuine issue of material fact existed regarding the tort’s publicity requirement.

“If Community wishes to argue that the fact it sent this extremely sensitive information to a classmate of Z.D.’s daughter was merely a coincidence, it is free to do so in front of a jury,” Judge Terry Crone wrote. “Furthermore, as discussed below, Community designated no evidence regarding the knowledge or intent of either Kendrick or its employee(s) with respect to the letter containing Z.D.’s diagnosis, so it has failed to establish as a matter of law that the disclosure was not ‘sure to reach the public in general or a large enough number of persons such that the matter is sure to become public knowledge.’”

It thus reversed and remanded for further proceedings on the invasion of privacy claim, stating that Z.D. could seek “damages for (a) the harm to [her] interest in privacy resulting from the invasion; (b) [her] mental distress proved to have been suffered if it is of a kind that normally results from such an invasion; and (c) special damage of which the invasion is a legal cause.”

Next, the appellate court determined Z.D. could not recover emotional distress damages under a negligence theory, pointing to Cmty. Health Network, Inc. v. McKenzie, 185 N.E.3d 368 (Ind. 2022), which addressed such damages under the modified impact rule and the bystander rule.

“The undisputed facts establish that Z.D. did not sustain a physical impact or perceive a physical injury to a loved one,” Crone wrote. “Accordingly, Z.D. may not recover emotional distress damages under a negligence theory, and we affirm the trial court’s ruling on that issue.”

In a footnote, the appellate panel urged the Indiana Supreme Court to “revisit the modified impact rule and the bystander rule and the rationale for their continued existence.”

Finally, the COA found Z.D. was entitled to a trial on her claims for pecuniary damages resulting from Community’s alleged negligence.

It found a “fatal flaw” in the trial court’s conclusion that “Community cannot be liable for Ms. Kendrick’s intentional, criminal action.” Further, it determined Community had the burden of establishing that only a single inference or conclusion regarding proximate cause and intervening cause could be drawn based on the designated evidence, and ultimately failed to meet that burden.

The appellate court therefore concluded the trial court erred in granting summary judgment on Z.D.’s direct and vicarious negligence claims on the issue of proximate cause.

“Accordingly, we reverse and remand for further proceedings on Counts 1 and 3 only with respect to Z.D. potentially recovering pecuniary damages,” Crone concluded.