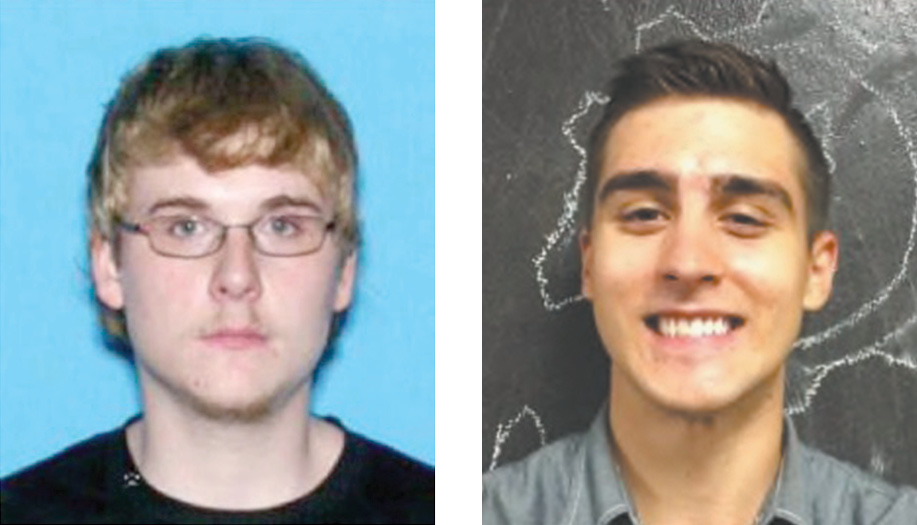 It was a case of mistaken identity gone violently wrong.

Two plain clothes officers – FBI Special Agent Douglas Brownback and Grand Rapids, Michigan, Detective Todd Allen – were looking for Aaron Davison, a fugitive wanted for home invasion. Their description of Davison was that of a 26-year-old white male between 5’10” and 6’3” with glasses, short, dark hair, and a thin build.

On July 18, 2014, 21-year-old college student James King roughly fit that description. The officers stopped King, who at one point thought he was being mugged, and a violent altercation ensued.

King was tackled and knocked unconscious, and when he came to, he began biting Allen. In response, Allen said he began beating King’s head and face “as hard as I could, as fast as I could, as many times as I could.”

Fast forward almost six years, and King has been acquitted of felony charges of assault against the officers. But the court battle isn’t over; in fact, King’s lawyer says it’s only in its infancy.

King sued the officers, and his case has made its way to the United States Supreme Court. The question before the high court is a narrow one: should the judgment bar of the Federal Tort Claims Act apply?

But the case also raises broader questions about government liability. The doctrine of qualified immunity, specifically, is increasingly coming into question.

“There is a growing movement against the doctrine of qualified immunity,” said Indianapolis civil rights lawyer Rich Waples.

The district court dismissed all of those claims, finding the officers should be sued under Bivens, not § 1983, but qualified immunity shielded them regardless. The FTCA claim likewise failed, the district court ruled, because King failed to state a claim under Michigan law, thus failing to meet the sixth element of FDIC v. Meyer, 510 U.S. 471 (1994).

On appeal, a majority of the 6th Circuit Court of Appeals determined the dismissal of King’s FTCA claim was a dismissal for lack of subject-matter jurisdiction, which means it was not a merits determination. Thus, the so-called “judgment bar” in the FTCA did not apply to keep King’s case from moving forward on remand.

Additionally, the 6th Circuit agreed the case should proceed under Bivens, but it overturned the grant of qualified immunity to the officers.

Senior Judge John Rogers dissented on the FTCA issue, writing that because King did not challenge the FTCA dismissal on appeal, it was a final judgment. What’s more, Rogers said, Simmons v. Himmelreich, 136 S. Ct. 1843 (2016), held that the judgment bar applies when a plaintiff fails to prove his claim – here, he said, King did just that.

The government would make a similar argument in its petition for writ of certiorari, which was granted March 30. But King’s legal team says the officers’ argument is only an attempt to extend their protection from liability.

King is being represented by Patrick Jaicomo, a native Hoosier now with the Institute for Justice in Arlington, Virginia.

According to Jaicomo, this is a case about accountability. Though qualified immunity is not before the high court, Jaicomo says the government’s FTCA argument is an attempt to “shield its agents from any form of accountability.”

The Institute is urging the court to uphold the 6th Circuit majority’s analysis of the FTCA claim, saying the government’s argument would be an extension of government protection. The solicitor general, however, agrees with Judge Rogers’ dissent.

According to Paul Figley, a professor at the American University Washington College of Law, the “judgment bar” precludes further action against the United States if a final judgment is obtained under the FTCA and if the further action involves the same event and circumstances. Some clarity was added to the law in Simmons, Figley said, which held that the bar could not apply if the government is found not liable under exceptions within the FTCA.

The solicitor general made a similar argument in the government’s cert petition, writing that “the majority’s reasoning ‘would effectively nullify the judgment bar’ in all cases ‘where the FTCA judgment was in favor of the government’ – a result this Court expressly rejected in Simmons.”

If the justices agree with King’s theory – that the district court’s dismissal did not trigger the judgment bar – then, according to Jaicomo, the parties could start to get to the meat of the issues. The defendant officers have never answered King’s complaint, Jaicomo said, choosing instead to pursue a motion to dismiss.

If the high court remands to the district court, King’s claims will proceed under Bivens. Though the district court already found in favor of qualified immunity, the 6th Circuit overturned that judgment, and the reversal is not part of the appeal.

King’s case has been dubbed by some as a sort of referendum on the doctrine of qualified immunity. While that’s not exactly true, Jaicomo did say the case is one of a handful used to launch the Institute’s Project on Immunity and Accountability.

Waples, of Waples & Hanger, said qualified immunity is a judicially created doctrine that has no statutory basis. The growing movement toward overturning the doctrine comes from both the left and the right, he said, with Justices Clarence Thomas and Sonia Sotomayor both writing to question it.

It’s not impossible for a plaintiff to defeat a qualified immunity defense, Waples said, but it is difficult. The two-part test looks at whether a right was violated and whether that right was clearly established. If a judge finds a right has not been clearly established by a prior case, then the issue perpetuates itself, Waples said – if one judge can’t find an on-point case, then the next judge who looks at the same issue likewise won’t have a case to pull from.

The doctrine does have its defenders, though.

Additionally, law enforcement might argue they need qualified immunity to protect split-second decisions, but Waples said that protection is already built into the Fourth Amendment. A claim for “excessive” force, he said, is the same as asking if the force was “reasonable” under the circumstances.

The case of Douglas Brownback, et al. v. James King, 19-546, has not yet been scheduled for oral arguments.•