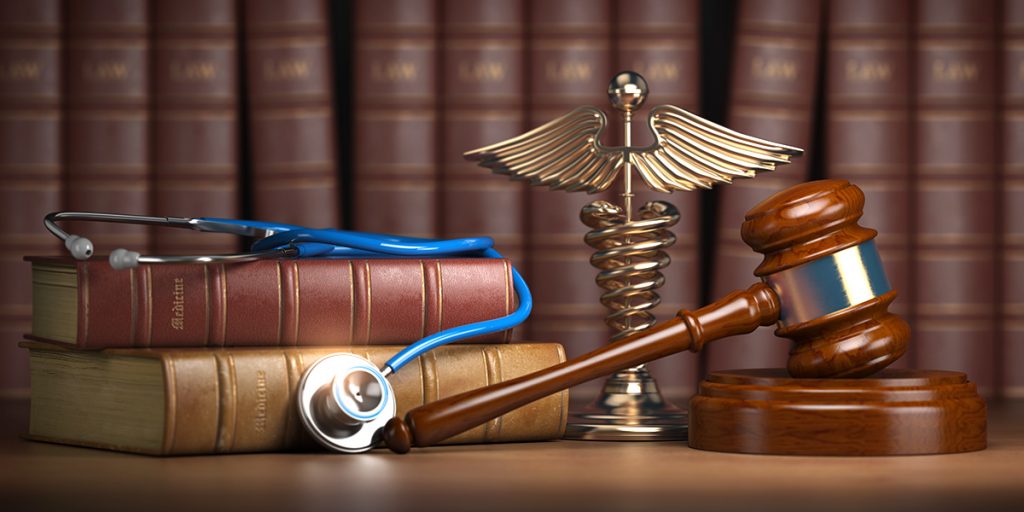 Does the definition of “patient” in Indiana’s Medical Malpractice Act encompass third parties? The Indiana Supreme Court, in considering a certified question from the 7th Circuit Court of Appeals, has decided the answer is “yes.”

Not every justice was convinced, however, with Justice Steven David cautioning against an expansion of the MMA.

In the case of Jeffrey B. Cutchin v. Amy L. Beard, 21S-CQ-48, the Supreme Court majority ruled that Indiana’s Medical Malpractice Act applies to cases where a third-party plaintiff alleges that negligent treatment to someone else resulted in injury to the plaintiff. The act defines a “patient” as “an individual who receives or should have received health care from a health care provider, under a contract, express or implied, and includes the person having a claim of any kind, whether derivative or otherwise, as a result of alleged malpractice on the part of a health care provider.”

In the case at hand, 72-year-old Sylvia Watson ran a red light and crashed into another vehicle, killing herself and the driver and passenger of the other automobile. It was later determined that the opiates in Watson’s system at the time of her death had been prescribed to her by a physician, who was subsequently sued by a relative of the two other victims of the crash.

Even though the high court unanimously resolved the case in answering affirmatively on the certified question, David voiced concerns about expanding the MMA. He said he concurred in result “given the unique factual background and procedural posture of the case.”

But, he added, “… I believe the opinion’s broad definition of ‘patient’ renders the whole opening clause of (the act’s) definition meaningless.”

Indianapolis medical malpractice attorney Jerry Garau said he wasn’t surprised by the justices’ decision. The ruling was consistent with where the Supreme Court has landed on such issues in the past, he said.

“I agree that the definition of ‘patient’ in the (MMA) encompasses third parties when it says that any other person having a claim against a health care provider, ‘whether derivative or otherwise,’” Garau said. “I think when the Legislature put ‘or otherwise’ in there, it cast a wide net and, as I understand the Supreme Court’s decisions in these cases in the past, the intent is to bring in basically any claim against the health care provider based upon that provider’s provision of health care services.”

Indianapolis attorneys Lee Christie and Tina Bell of Christie Farrell Lee & Bell agreed that the majority’s decision was a correct interpretation of the MMA. But, they added, the case highlighted the potential perils of medical malpractice litigation in the Hoosier State.

“The act is there to provide compensation for those injured as a result of the negligence of a qualified health care provider, which this doctor admittedly was,” Christie and Bell told Indiana Lawyer. “However, this case is a perfect example of why practicing Indiana medical malpractice (law) is an area fraught with delays and dangerous loopholes for patients and their counsel.”

Justice Geoffrey Slaughter wrote for the Cutchin majority that there are two categories of “patients”: a traditional patient and a third party with a claim against a health care provider under state law.

Christie and Bell said there is strong precedent, as cited by the majority, for “patient” to be broadly construed.

“If the Legislature wanted the scope of ‘patient’ to be construed more narrowly it would have provided for that in the language of the (MMA),” they said.

Garau had previously argued for the two-category interpretation of “patient” under the Medical Malpractice Act and discovered his argument cited in the majority’s decision.

Garau also pointed to Webb v. Jarvis, 575 N.E.2d 992 (Ind. 1991), a third-party case that he argued before the Supreme Court in which an individual was shot by a man who had been overprescribed steroids by his health care provider.

“It was a third-party claim, it wasn’t a derivative claim, and that case went up out of the medical review panel process on a preliminary determination of law,” Garau recalled. “That case was brought as a medical malpractice action under the MMA, despite the fact that the claimant wasn’t a patient of the accused health care provider.

“I think the majority reading of it is correct,” Garau continued. “I think third-party claims are covered by the (MMA).”

Indiana Lawyer contacted multiple med-mal defense lawyers, who either declined to comment on the ruling or did not respond to messages.

In his concurrence, David said he would interpret the “and” in the act’s definition of “patient” differently than the rest of the court. He said he viewed the conjunction as setting guardrails for who may bring a claim under the MMA.

“The act was designed to curtail, not expand, liability for medical malpractice, that is accurate,” Garau responded. “But that premise, I think, militates in favor of the majority opinion rather than against the majority opinion. If you don’t consider third-party claims against the health care providers based on their provision of medical care to be within the MMA, then you are in fact expanding the health care providers’ liability,” he continued. “Because if it’s not within the MMA, then that means that the plaintiff can bring that outside of the act and is not limited to the caps on damages that are within the MMA.”

In concluding his concurrence, David wrote: “I remain concerned with continued expansion of the Act and believe that this expansion may have unintended consequences. While it may help this particular plaintiff, it may hurt future litigants who would be better served filing their claims not through the Medical Review Panel, but directly and initially through the court.”

In his 35 years of legal practice working primarily on medical malpractice cases, Garau said he has had maybe two cases like Cutchin.

“It’s not often that you have a situation where a third party is injured in this manner,” Garau said. “It’s not like there are a bunch of cases out there where drivers are getting injured by overmedicated patients.”

“There is not a plaintiffs’ attorney in the state who doesn’t want to avoid the medical review panel,” Garau said. “That being said, if claims like this go straight into court and are outside the MMA, patients will run into claims where they file it outside of the MMA, but the coverage the defendant has is only for his limits under the Act.

Also acknowledging that cases like Cutchin are rare, Christie and Bell said that “having a bright-line rule on whether these ‘once removed’ injured parties — who do not have a direct patient-physician relationship — can recover directly from the qualified health care provider and the (Indiana Patient’s Compensation Fund) will allow those who are harmed due to the negligence of a health care provider to have recourse for their injuries and damages.”•