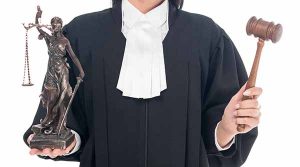 A dispute between a divorced husband and wife that became more inflamed when the arbitrator submitted, and the trial court adopted, an erroneous report caused a split in the Indiana Supreme Court over the decision not to grant transfer. 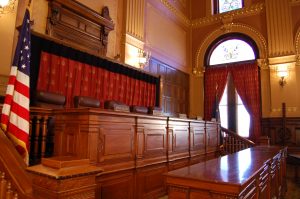 Justices deny transfer in 24 cases, including case regarding conviction for crime defendant ‘did not commit’

The Indiana Supreme Court denied transfer to 24 cases for the week ending Dec. 2, including one case that split the court.

A dispute involving a roof repair that led to a breach of contract claim and a counterclaim alleging a violation of the Indiana Deceptive Consumer Sales Act is headed for the Indiana Supreme Court after the justices granted transfer to the case.

A case concerning a man with serious mental health issues who went to prison after he killed his grandfather and sued the hospital he was getting treatment from will go before the Indiana Supreme Court.

A lawsuit challenging the city of Gary’s “welcoming ordinance” for immigrants was thrown out Thursday by the Indiana Supreme Court after the justices determined the plaintiffs lacked standing to sue the city.

Neither the juvenile court nor the criminal court has jurisdiction over a man who allegedly committed child molesting while still a minor but whom the state did not attempt to criminally charge until he was over 21, creating a “jurisdictional gap” in cases where an offender ages out of the juvenile system, according to the Indiana Supreme Court. But the court’s majority holding was challenged by two dissenting justices, who argued the Indiana Legislature “would never have intended” for the alleged criminal act to go unpunished.

Despite her involuntary commitment order having long since expired, a woman will be permitted to challenge the order at the Court of Appeals of Indiana after the Indiana Supreme Court issued a decision clarifying its precedent on how appellate courts should review involuntary commitment cases that have become moot. A dissenting justice, however, repeated previous concerns about the majority’s approach to the public-interest mootness exception.

Indiana Justice Geoffrey Slaughter has been named to the search committee that will identify candidates vying to fill the dean position at the Indiana University Maurer School of Law. The university hopes to name a new dean by Oct. 1.

Indiana Supreme Court justices were divided on an issue of first impression brought by Duke Energy and the Indiana Utility Regulatory Commission, ultimately ruling that the utility cannot recover past coal-ash cleanup costs adjudicated under a prior rate order by treating the costs as a capitalized asset.

Describing an Indianapolis lawyer as “his own worst enemy” when it comes to electronic communications, a split Indiana Supreme Court has issued a public reprimand after the lawyer sent a threatening email directly to an opposing party rather than working through another lawyer. A dissenting justice, however, said the rule in question in this issue of first impression does not apply to pro se lawyers like the attorney who was disciplined.

In a case of first impression, a split Indiana Supreme Court adopted the Savage rule in finding that Celadon Group was not liable for injuries a truck driver sustained when he opened the doors of a trailer and a load of “used, oily trays” fell on him.

A St. Joseph County judge retired earlier this month, prompting the Judicial Nominating Commission to begin searching for his replacement on the bench.

In the latest appeal stemming from the prosecution of a Long Beach man who killed his wife nearly 10 years ago, Indiana Supreme Court justices split ways in overturning the acquittal of his crime. One justice would have let the acquittal stand. 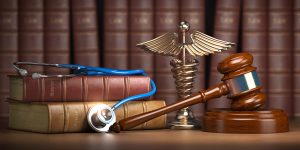 Does the definition of “patient” in Indiana’s Medical Malpractice Act encompass third parties? The Indiana Supreme Court, in considering a certified question from the 7th Circuit Court of Appeals, has decided the answer is “yes.” But not every justice was convinced.

Answering a question posed by the 7th Circuit Court of Appeals, the Indiana Supreme Court on Wednesday ruled that Indiana’s Medical Malpractice Act applies to cases where a third-party plaintiff alleges that negligent treatment to someone else resulted in injury to the plaintiff. One justice, however, cautioned against the expansion of the Medical Malpractice Act.

The Indiana Supreme Court has declined to hear an appeal from a tax trade publication that sought disclosure of tax dollars and incentives Indianapolis and the state offered Amazon in the city’s failed attempt to lure the online retail giant’s coveted second headquarters project known as HQ2.

A Boone County murder defendant convicted and sentenced to life without parole failed to convince a majority of the Indiana Supreme Court that the trial court improperly denied his request to proceed pro se. The majority provided an analysis for considering pro se requests in capital and LWOP sentences, but minority justices raised concerns about the majority “till(ing) new constitutional soil.”

The structure of judicial selection in Lake and St. Joseph counties will soon change now that Indiana Gov. Eric Holcomb has signed controversial legislation changing the composition of the judicial selection panels in the northern Indiana counties.