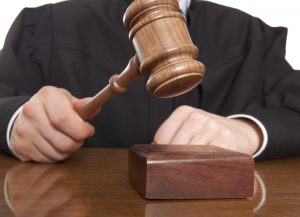 Former President Donald Trump signed legal documents challenging the results of the 2020 election that included voter fraud claims he knew to be false, a federal judge said in a ruling Wednesday.

A federal appeals court on Wednesday permitted the Justice Department to resume its use of classified records seized from former president Donald Trump’s Florida estate as part of its ongoing criminal investigation.

A federal judge on Thursday appointed a veteran New York jurist to serve as an independent arbiter in the criminal investigation into the presence of classified documents at former President Donald Trump’s Florida home.

In a victory for former President Donald Trump, a judge granted his request for a special master to review documents seized by the FBI from his Florida home and temporarily halted the Justice Department’s use of the records for investigative purposes.

A federal judge Thursday appeared to give a boost to former President Donald Trump’s hopes for appointing an outside legal expert to review government records seized by the FBI.

Trump documents: Judge to hear arguments on outside expert

A federal judge awaited arguments Thursday on whether to appoint an outside legal expert to review government records seized by the FBI last month in a search of former President Donald Trump’s Florida home.

Former White House counsel Pat Cipollone “did not contradict” testimony of previous witnesses as he appeared Friday before the Jan. 6 committee, a grueling daylong private session that produced new information to be divulged in future public hearings, one lawmaker said.

A federal judge has ordered the release of a legal memorandum the Trump-era Justice Department prepared for then-Attorney General William Barr before he announced his conclusion that President Donald Trump had not obstructed justice during the Russia investigation.

More than a year before Anthony Warner detonated a bomb in downtown Nashville, Tennessee, on Christmas that took his life, officers visited his home after his girlfriend told police that he was building bombs in an RV trailer at his residence, according to documents obtained by The Associated Press. But they were unable to make contact with him, or see inside his RV.

Bell and Grass: Confidentiality clauses, contraband and the duty to report

A judge ordered the release from prison of President Donald Trump’s former personal lawyer on Thursday, saying he believes the government retaliated against him for planning to release a book about Trump before November’s election.

Despite a finding that prominent Indianapolis employment attorney Michael Blickman violated an ethical rule in his handling of a student-teacher sex scandal at Park Tudor High School, the hearing officer in Blickman’s disciplinary case is not recommending any action against his law license.

2 lawyers on Trump defense team shared Epstein as a client

The Indiana Supreme Court Disciplinary Commission is calling for the suspension of a prominent Indianapolis employment attorney it accused of possessing child pornography in the fallout of a teacher-student sex scandal at Park Tudor High School. His defense team counters that no sanction is warranted.

A former White House lawyer defied a congressional subpoena Tuesday, setting the Trump administration on course for another collision with the Democratic-led House over its pursuit of documents related to the Russia investigation. 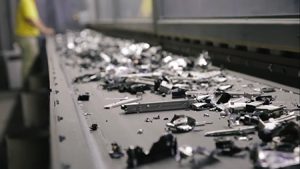 Attorneys must be mindful of how they discard digital technology

Just as an attorney would shred outdated paper documents, contacts stored in a cellphone and files on a hard drive must be kept private when the old devices are discarded.

Two months before the 2016 election, Donald Trump and his lawyer discussed plans to pay for a former Playboy model’s story of an alleged affair, according to a secretly recorded tape released amid an escalating feud between the president and his longtime personal attorney.