Texas A&M University says it has reached a settlement agreement with the Indianapolis Colts in the school's federal lawsuit it says was meant to protect its "12th Man" trademark from infringement.

Bacardi protests renewal of Cuba’s rum trademark in the US 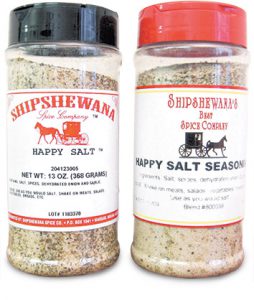 A steel giant’s trade name was used to misrepresent business deals with the intent to procure millions of dollars worth of machinery and financing, and an Amish-country spice maker alleges a local rival is ripping off its registered trademark. These two recent cases in the U.S. District Court for the Northern District of Indiana illustrate the difficulties in policing registered marks on intellectual property, but the cases also show the means of recovery at rights holders’ disposal when their IP marks are violated.

Redskins: US has registered plenty of ‘offensive’ trademarks

As the Washington Redskins defend their federal trademark registration, they argue in court papers that the government has registered plenty of companies with offensive names.

Indiana University Maurer School of Law is getting into the matchmaking business.The school’s Center for Intellectual Property Research has opened a patent hub which will connect inventors with IP attorneys willing to do pro bono work.

Online merchants who have sold more than $6 million worth of chairs with names that allegedly infringe on a longtime Indiana manufacturer’s trademarks will have to answer the claims in federal court in Evansville, a judge ruled Tuesday.

A federal judge admonished a lawyer Wednesday whose clients were found to have abused the process in prosecuting a trademark infringement suit against a similar wine-and-art business. 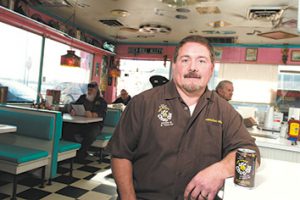 Entrepreneurs enjoying sweet successes and heady times with the resurgence of their retro products took varied paths to claim the rights to bring back brands with deep Hoosier roots. The new owners of Roselyn Bakery, Choc-Ola chocolate drink and Champagne Velvet beer got dormant brands back on store shelves by capitalizing on trademarks that had disappeared from the marketplace but retained a certain cachet.

Purdue balks at use of its brand in panned film

Purdue University officials are asking their legal counsel to look into a new movie that makes frequent references to the school despite its refusal to grant permission to use official trademarks and logos.

The Plymouth, Indiana-based security software maker that sued Warner Bros. after the movie “The Dark Knight Rises” referred to hacking software as “clean slate” lost its trademark infringement case before the 7th Circuit Court of Appeals. The company, which has a program called “Clean Slate,” claimed its sales dropped after the movie came out. 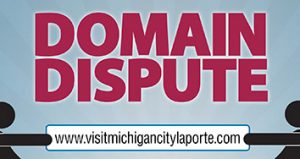 An Indiana Court of Appeals judge recently wrote that her colleagues who formed the majority to rule against a local tourism board were “out of touch,” and she suggested a case over an Internet domain name presented a novel issue that no court in the country has addressed.

Trademark board rules against Redskins name

A federal trademark board ruled Wednesday that the Washington Redskins nickname is "disparaging of Native Americans" and that the team's trademark protections should be canceled, a decision that applies new financial and political pressure on the team to change its name.

The owners of a southern Indiana general store accused in a federal lawsuit of selling knockoff high-end Coach-brand products may not represent pro se their incorporated general store named in the suit. 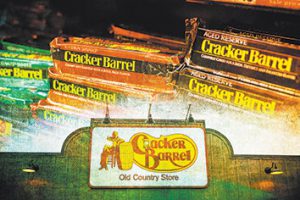 A federal appeals court ruled recently that savvy consumers might be confused if food branded Cracker Barrel Old Country Store was sold in grocery stores that carry Kraft’s Cracker Barrel brand cheese. Turns out even a law professor who teaches a course on trademarks and unfair competition might be fooled.

Not coming soon to a grocery store near you: food products from Cracker Barrel Old Country Store restaurants.

Irked judge in tanning trademark dispute: ‘This is a busy Court’

A federal judge warned a tanning product maker and lawyers defending it from a trademark infringement claim that they were dangerously close to getting burned.

A dispute over who could use the designation “Visit Michigan City LaPorte” led to a legal battle between LaPorte County’s visitors bureau and an area hotel-resort, with the trial court ruling in favor of the visitors bureau. But the Indiana Court of Appeals reversed Monday, ruling the bureau didn’t prove it held a valid and protectable trademark.

A trademark-infringement case brought against App Press LLC threatens to smother the tech startup in legal fees before it reaches its potential. And in a curious twist, the case also has generated grumblings in the tightknit developer community toward a big law firm that is representing App Press’ opponent in the federal court case.