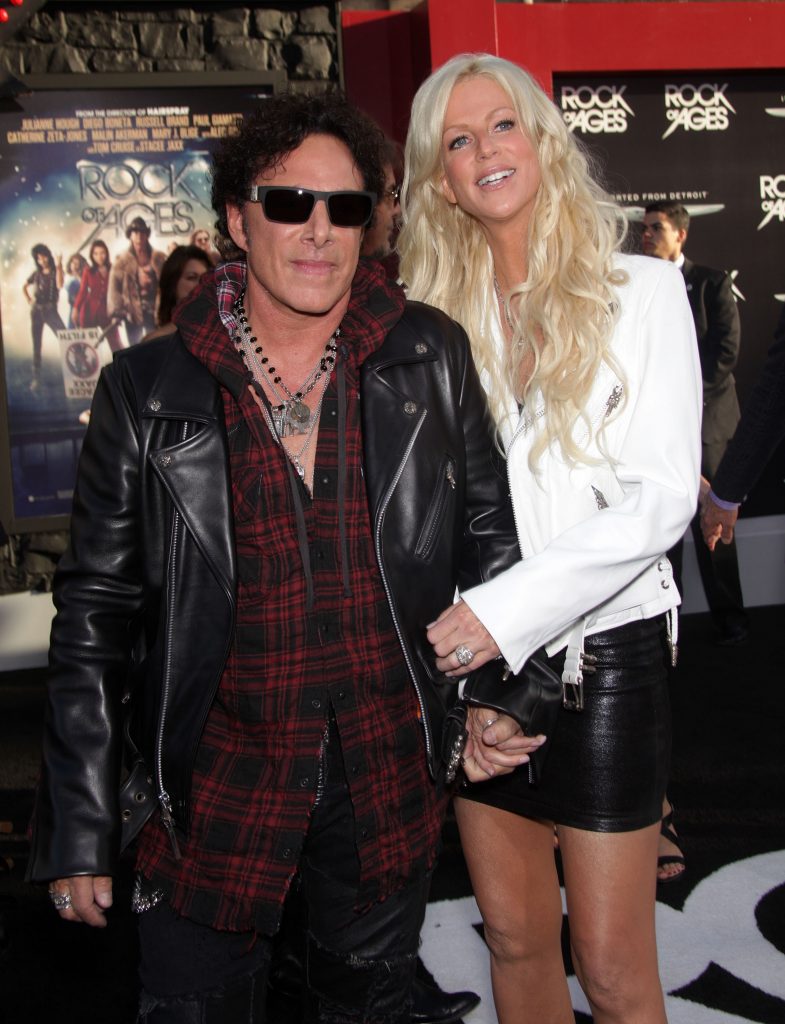 Journey guitarist Neal Schon and the future Michaele Salahi Schon attend the Hollywood premiere of the film "Rock of Ages" in 2012. (Shutterstock.com photo)

The wife of Journey guitarist Neal Schon could not convince the Indiana Court of Appeals on Friday that she was deprived of an opportunity to conduct additional discovery against the Allen County War Memorial Coliseum after a security guard there allegedly injured her during a concert by the rock band.

While video recording her husband’s encore performance of “Don’t Stop Believing” at the Allen County coliseum in 2017, Michaele Schon asserted that without saying a word, ESG Security, Inc. security guard Mike Frantz put two hands on her and threw her into the “PA.”  She also claimed that Journey’s own security guards had to remove the Frantz “off” of her.

Frantz testified that he never had physical contact with Michaele or invaded her personal space, instead walking her out the barricaded area in front of the stage where she had been at the time of the incident.

“Here, the Schons did not file a motion to compel discovery. Further, they requested and were granted essentially two extensions of time and specifically informed the trial court that they would rely on their response and that a hearing for a second extension of time would be moot. Thus, the Schons knowingly abandoned their request to conduct additional discovery. Under these circumstances, we cannot say that the trial court deprived the Schons of the opportunity to conduct additional discover,” Judge Terry Crone wrote for the appellate court.

Next, it found that the Coliseum is a political subdivision under the ITCA and that Allen County, acting through its commissioners, established the coliseum and operates it through the trustees pursuant to statute.

Lastly, the appellate court found that the Schons have failed to establish that the trial court erred in finding that the Coliseum is a governmental entity immune from liability under Section 34-13-3-3(10) of the ITCA. It therefore affirmed summary judgment in favor of the coliseum.

In a concluding footnote, the appellate court cited Journey’s best-known hit, the song that played at the time of the alleged incident. “While the governmental immunity statute may seem harsh, a wise man once said, ‘Some will win, some will lose, some were born to sing the blues.’”