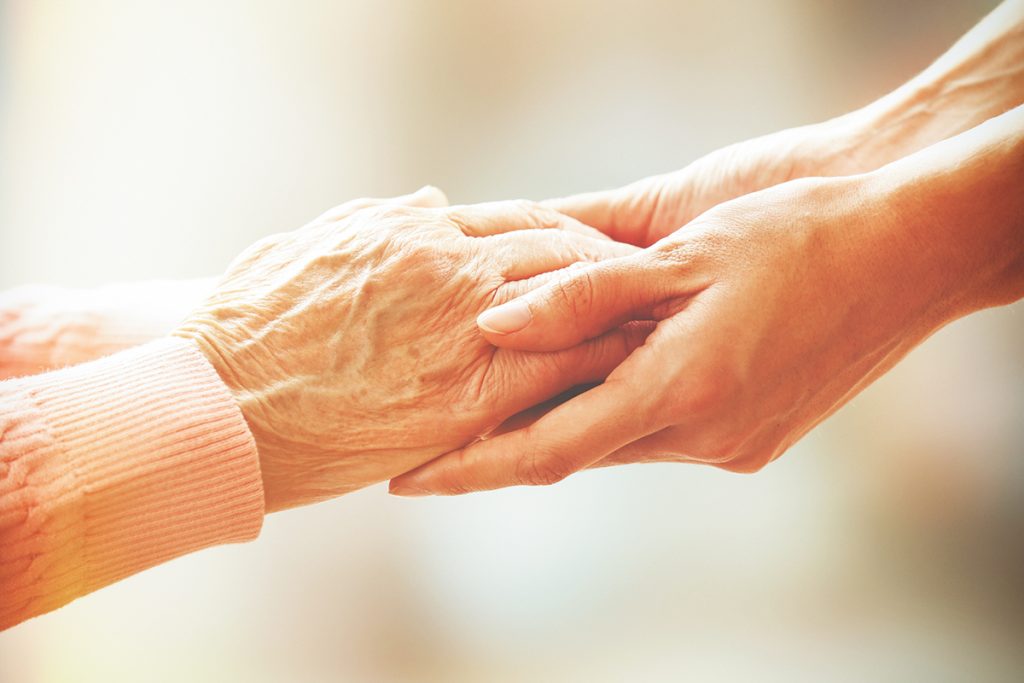 In the year of COVID-19, court-ordered adult guardians have faced a grim reality: their clients, many at a high risk for medical complications, are getting the virus and passing away.

For Becky Pryor, a longtime guardian and guardianship advocate, a typical year might include one client death, maybe two. But by October of 2020, two of her wards had died after a positive COVID-19 diagnosis. By November, three had.

“It’s no joke. This is real,” said Lisa Dillman, a partner at the elder law firm of Applegate & Dillman. Like Pryor’s guardianship practice, Dillman’s firm has dealth with more deaths in 2020 than normal.

Aside from the emotional toll of losing a guardianship client, another longstanding issue in the guardianship world has been exacerbated by the pandemic, Pryor said. When a client dies, guardians are unable to finish their duties, she said, specifically overseeing the disposition of the body.

Under Indiana law, a guardianship ends at the time of a ward’s death. While a guardian will have financial and administrative duties to tie up, Pryor said the statute gives her and other guardians no authority to oversee post-mortem matters.

Instead, the law lists several other parties who can tend to those matters, including surviving spouses and powers of attorney, to name a few. But to Pryor and others working in guardianship, the question is, what if a spouse or power of attorney isn’t willing or able to do the job?

To that end, a guardianship task force has recommended that the Indiana Legislature amend state statute to give guardians authority over dispositions if necessary. While the concept received general support in a recent meeting of the Probate Code Study Commission, the question remained: how do you balance the authority of a guardian with that of another party, such as a POA?

That issue, Pryor said, is one that must be resolved in order to get a bill passed.

The former statute provides that “(w)hen a guardianship terminates by reason of the death of the protected person, the powers of the guardian cease, except that the guardian may pay the expenses of administration that are approved by the court and exercise other powers that are necessary to complete the performance of the guardian’s trust … .” But under the latter statute, those “other powers” do not include disposition of a body.

Instead, I.C. 29-2-19-17(2), Indiana’s funeral planning declaration statute, names 10 individuals, listed in order of priority, who can sign off on a disposition. Among them are a power of attorney, a surviving spouse or “any other person willing to act and arrange for the final disposition of the decedent’s remains … .”

Ken Bennett practices guardianship law at Bennett & McClammer in Indianapolis and is also CEO of the nonprofit CARE, or Center for At-Risk Elders Inc.. When the issue of disposition has arisen in CARE’s cases, he said the organization has relied on the “any other person” provision — number 10 in the list of 10 individuals — to allow CARE to oversee final disposition.

The problem, though, according to Pryor, is that the number 10 option comes with a caveat: the individual acting as “any other person” must “attest in writing that a good faith effort has been made to contact any living individuals described in subdivisions (1) through (9).”

Guardians are often asked to attest that they do not know of any other individual who could sign off on disposition, Pryor said, which may not be the case. An adult under guardianship may have living family or a power of attorney, she said, but those individuals may have proven themselves to be unwilling or unable to carry out these duties.

That issue proved to be a sticking point when the Probate Code Study Commission met in October to discuss the amendments. Under the WINGS proposal, the funeral planning declaration statute would be amended to give guardians the second priority spot on the list, bumping powers of attorney down to the third spot and spouses to the fourth.

Probate attorneys on the commission questioned that move, noting that powers of attorney generally have greater authority under Indiana law than guardians. Commissioner and Vincennes lawyer Jeff Kolb opined that POAs likely knew the incapacitated adult while guardians could be strangers. Similarly, lawyer and commissioner Jim Martin said a power of attorney would have to be revoked to give a guardian greater authority.

Pryor did not question their legal arguments, but instead pointed to what she said is a practical reality: If an adult is under guardianship, the POA, who is often a family member, likely has been unwilling or unable to perform their duties. She and other guardians will frequently petition courts to revoke a POA in those situations, she said.

What’s more, Pryor continued, guardians usually know their clients well and are familiar with their needs and wishes.

Pryor told IL if a client’s spouse is living, they will be consulted in issues regarding disposition. But if a guardianship was ordered, the spouse likely was unable to adequately care for their husband or wife.

Pryor said Sen. Tim Lanane, D-Anderson, has agreed to carry legislation in the 2021 session that would make the changes the task force is seeking. IL was unable to reach Lanane for comment.

The big question that needs to be answered, Pryor told IL, is what place on the list guardians should take. But there are other statutory issues that may arise.

Additionally, Indianapolis probate lawyer Jeff Dible told the commission that there are three other lists in Indiana probate law that track with the list of individuals in the funeral planning declaration statute. If one list is changed, Dible said, the other three would have to follow.

Like Pryor and Bennett, Dillman supports the proposal but offered some practical advice if a bill is not passed this year.

“If a client goes and hires a lawyer to do a power of attorney, the job doesn’t stop there,” Dillman said. “… If the client is not sure what they want yet, they should appoint someone who has the authority. This could all be handled in a preplanning situation.”•