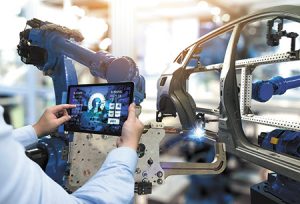 These are the days of manufacturing 4.0, the name of the fourth industrial revolution marked by connectivity among the devices that keep a factory running. In an “internet of things” world, the industrial internet of things allows plant machinery and products to talk to each other and provide real-time data and updates on how the equipment is operating and how the products are functioning out in the market, creating new challenges for lawyers.

Indiana official sued for records on US election hacking vulnerability

A voting security advocacy group is trying to force the former president of a group of state election officials to release documents on whether she wrongly asserted that electronic election systems are safe from hacking.

Many of us fail to realize that we are sitting targets for hackers to infiltrate our computers and demand a ransom or even steal the confidential data we have stockpiled on behalf of our firms and clients, and even our personal information.

A Fort-Wayne based electronic health records company has agreed to pay $900,000 to settle an Indiana-led multistate lawsuit filed after a data breach compromised the personal health information of nearly 4 million people.

A federal grand jury in Indianapolis has indicted a Chinese national in connection with the massive computer hacking of health insurer Anthem Inc. in 2015 that compromised the private information of 78.8 million customers and former customers.

The Office of the Indiana Attorney General is suing one of the world’s largest credit agencies after a 2017 cyberattack breached the personal information of millions of Hoosiers. The lawsuit against Equifax seeks civil penalties, consumer restitution, costs and injunctive relief following the massive data breach that compromised the personal information of nearly 148 million Americans and nearly 4 million Hoosiers.

While the United States struggled to gain the upper hand in an extradition battle over a Russian cybercriminal accused of stealing more than $28 million in a bank fraud ring, a group of Indiana law students were busy working on research for his case.

The nation's second-largest health insurer has agreed to pay the government a record $16 million to settle potential privacy violations in the biggest known health care hack in U.S. history, officials said Monday. The personal information of nearly 79 million people was exposed in the cyberattack, discovered by Anthem Inc. in 2015.

Indiana Uber drivers to receive $100 each from settlement

Attorney General Curtis Hill said Indiana will receive nearly $1.5 million of the $148 million Uber has agreed to pay to states after the ride-hailing company failed for a year to notify drivers that hackers had stolen their personal information.

Anthem data breach judge OKs huge fee award, but not as much as attorneys wanted

A federal judge late last week awarded plaintiffs’ lawyers $31.05 million in legal feels in the Anthem Inc. data breach case, ending a months-long dispute over how much they deserved for striking the $115 million settlement last year. The fees were less than the $38 million the attorneys originally had requested.

US intelligence chief, former IN Senator is harsh on Russia, at odds with Trump

National Intelligence director Dan Coats’ drumbeat of criticism against Russia is clashing loudly with President Donald Trump’s pro-Kremlin remarks, leaving the soft-spoken spy chief in an uncomfortable — and perhaps perilous — place in the administration. Coats was an Indiana senator until January 2017.

In an extraordinary embrace of a longtime U.S. enemy, President Donald Trump on Monday openly questioned his own intelligence agencies’ firm finding that Russia meddled in the 2016 U.S. election to his benefit, seeming to accept Russian President Vladimir Putin’s insistence that Moscow’s hands were clean.

To steal politically sensitive information, prosecutors say Russian hackers exploited some of the United States’ own computer infrastructure against it, using servers they leased in Arizona and Illinois. The details were included in an indictment released Friday by special counsel Robert Mueller, who accused the GRU, Russia’s military intelligence agency, of taking part in a wide-ranging conspiracy to interfere in the 2016 presidential election.

The Justice Department on Friday indicted 12 Russian intelligence officers on charges they hacked into Democratic email accounts during the 2016 U.S. presidential election and released stolen information in the months before Americans headed to the polls.

Purdue University is tracking down more than 26,000 prospective students to alert them that their names, birthdays, and Social Security numbers were inadvertently sent to the parent of one student applicant.

Babione: Manage employees’ use of “shadow IT” apps at work

In-house and outside counsel face many challenges managing company data. One significant challenge is employee use of software applications which are not part of the employer’s official information technology infrastructure. The use of technology outside the official IT structure (often called “shadow IT”) raises a variety of problems and potential costs for in-house counsel and others who deal with the organization’s data, such as outside litigation counsel.

McCauley: Treat cybersecurity as a risk factor in M&A due diligence

When it comes to due diligence in merger & acquisition transactions, cybersecurity should be a primary consideration for companies in all industries. Because what you don’t know about your target company could hurt you later. 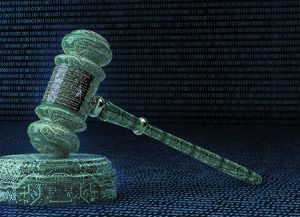 As the threat of cyberattacks continues to loom over professions including the law, legal practitioners are taking additional steps to protect themselves and their firms from harmful access to their data.

Four in 10 lawyers plan to boost spending on cybersecurity next year, with average budget increases of 13 percent, according to a study released Thursday by a national legal consulting and staffing firm.