An appellate court has dismissed a case involving allegations made against a father to the Indiana Department of Child Services, finding that it doesn’t have jurisdiction over the proceedings in his case.

President Donald Trump on Wednesday threatened social media companies with new regulation or even shuttering a day after Twitter added fact checks to two of his tweets.

The Indiana Court of Appeals has partially reversed in favor of a man who claimed his former employers defamed him after he started his own company, leading to a criminal proceeding that resulted in his acquittal.

Three former case managers for a home health care service provider won a reversal from the Indiana Court of Appeals after it concluded that reports they made to the Health Department against their employer are protected by absolute privilege because they initiated a quasi-judicial proceeding.

Hamilton County chief deputy treasurer Kim Good is pursuing defamation charges against a former co-worker who claimed Good engaged in nepotism and fired her to cover it up.

IU professor arrested amid protest against white nationalism may sue

An Indiana University associate professor arrested last summer while protesting against a farmers market vendor alleged to have ties to a white supremacist group has taken a step toward filing a civil lawsuit against the city of Bloomington.

In what is believed to be the first jury verdict in an Indiana Commercial Court case, a jury in Indianapolis has awarded a doctor $4.75 million in her defamation and fraud lawsuit against a Carmel hospital and medical group where she had privileges. The jury found for the doctor, who claimed she had wrongly been accused of having alcohol on her breath while on duty.

$156K in damages against business, lawyer in bad-faith litigation upheld

A lawyer and his clients who collectively were ordered to pay more than $156,000 in damages and attorney fees after defaulting in a Hamilton County business breach of contract and defamation suit won no relief Tuesday from the Indiana Court of Appeals.

A former Biomet employee has lost his argument before the 7th Circuit Court of Appeals that he was defamed by his former employer when it included his name in a list for the Department of Justice as part of a corruption investigation.

The European Union’s highest court ruled Thursday that individual member countries can force Facebook to remove what they regard as unlawful material from the social network all over the world — a decision experts say could hinder free speech online and put a heavy burden on tech companies.

A former candidate for Marion County Sheriff is accusing a state lawmaker of defamation and slander for comments the legislator made in a committee hearing earlier this year.

An auto financing company took a hit after the Indiana Court of Appeals reinstated a car dealer’s breach of contract and defamation complaints in a dispute over vehicles purchased at auction.

As the disciplinary action against Indiana Attorney General Curtis Hill proceeds, a key player in the investigation into allegations of sexual misconduct against Hill is claiming her records from the investigation are privileged.

The father of a victim of the Sandy Hook Elementary School massacre in Newton, Connecticut has won a defamation lawsuit against the authors of a book that claimed the shooting never happened — the latest victory for victims’ relatives who have been taking a more aggressive stance against conspiracy theorists.

Despite repeated objections, an insurance company’s CEO has been ordered to personally attend an upcoming settlement conference in a contractor’s defamation suit against the insurer. Nationwide Insurance CEO Stephen R. Rasmussen failed to persuade either a magistrate judge or the presiding judge that his presence was unnecessary at a settlement conference in a lawsuit brought by ARAC Roof it Forward.

A northern Indiana judge has ruled that a former South Bend councilman did not defame four police officers targeted in a long-running wiretapping case when he sought a federal probe of potential racial bias in the police department.

A Lafayette attorney alleging a Tippecanoe County magistrate defamed him by reporting he was carrying a firearm in court in violation of state law lost his appeal of the dismissal of his defamation case when the Indiana Court of Appeals concluded the magistrate was acting within her judicial capacity.

A former Elkhart teacher who alleged a newspaper defamed him by writing an article about his federal lawsuit against the school that fired him failed to convince an appellate panel that the issue was not of public interest, or that the article was not written in good faith. 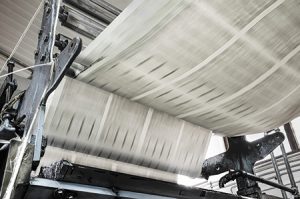 An Indiana Court of Appeals panel was asked to consider whether a reporter’s use of the word “incompetent” to describe a former Elkhart teacher’s termination was defamatory language – and ultimately whether a newspaper had the right to publish a story using the contested word.