An opinion from a state appellate court that was issued while the Southern Indiana District Court was considering a motion to dismiss in a fiduciary duty dispute did not change the federal judge’s decision to grant the motion, but it did alter the reasoning on which the 7th Circuit Court of Appeals affirmed.

A pro-police organization that was once accused of being a “scam” has lost its defamation claim against two Indianapolis-area news organizations.

IN Northern District courtroom to be named in Miller Jr.’s honor

In recognition of Judge Robert Lowell Miller Jr.’s more than 46 years of judicial service, the U.S. District Court for the Northern District of Indiana is naming the courtroom where he presides in his honor.

A northern Indiana federal court has ordered a farm in Fowler and its owners to pay more than $460,000 in compensation and damages to nine farmworkers who alleged they were forced to work without pay, housed in abysmal conditions and threatened, among other claims.

The Supreme Court said Wednesday it will consider expanding protections for churches against job-discrimination claims.

Fair Finance fraud felon Tim Durham will get a chance to grill his former trial attorney over whether his $1 million wire fraud defense representation fee created a conflict of interest between money the lawyer could pocket versus paying for witnesses Durham claims could have testified in his favor. A federal judge recently granted a new hearing on that and other grounds as Durham seeks to chisel away at his 50-year prison sentence.

Judge Robert L. Miller Sr., who established a distinguished career in the law and then devoted his skills and passion to advocating and championing military veterans, died peacefully at his South Bend home April 27. He was 98.

Holly Brady and Damon Leichty, nominees to the Northern Indiana District Court, are a step closer to confirmation after the US. Senate Committee on the Judiciary voted in favor of their nominations Thursday and sent their names to the Senate floor.

The two nominees for the Northern Indiana District Court are among 51 judicial candidates the White House has renominated for the federal bench.

With the start of the 116th Congress, Indiana’s two remaining federal judicial nominees have stalled and the vacancies in the U.S. District Court for the Northern District of Indiana continue. However, Indiana’s senior senator expressed confidence they will come back to Capitol Hill.

Appearing before the U.S. Senate Committee on the Judiciary Tuesday, Damon Leichty said he was a proud Hoosier who learned much from the federal judge he clerked for and has been nominated to replace – Northern Indiana District Court Senior Judge Robert Miller, Jr. Leichty is the last federal judicial nominee to a vacancy in an Indiana court to appear before the judiciary committee.

A proposed workplace-benefits settlement of more than $13.3 million for Federal Express drivers who were wrongly classified as contractors rather than employees has been approved by an Indiana federal judge overseeing a nationwide docket of employment suits against the delivery service.

An Indiana company that breached a contract to pay referral fees to a chain of Pennsylvania cellphone stores that signed up Verizon customers years ago owes nothing to the party that proved the breach, the 7th Circuit Court of Appeals affirmed Thursday.

Damon R. Leichty, partner in the South Bend office of Barnes & Thornburg LLP, has been nominated to serve as a judge for the United States District Court for the Northern District of Indiana, potentially filling the last empty seat in the federal judiciary in Indiana. If confirmed by the U.S. Senate, Leichty will fill the vacancy created when Judge Robert L. Miller, Jr., took senior status in January 2016.

Coping under a judicial emergency that has been exacerbated by a sudden death of a Senior Judge Larry McKinney, the U.S. District Court for the Southern District of Indiana is getting much needed help from its northern Hoosier neighbor. 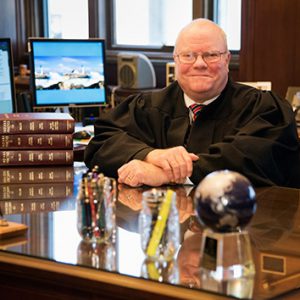 With the exception of the year Judge Robert Miller Jr. spent clerking for the late U.S. District Judge Robert Grant, he has spent his entire working life wielding a gavel. He served for 11 years in St. Joseph Superior Court before his appointment to the federal bench.

The 7th Circuit Court of Appeals has joined a majority of other circuits nationwide in finding that the federal sex offender registration law is not a retroactive punishment on those who were convicted prior to 2006 and traveled after the law was enacted. 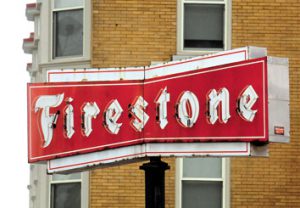 It began with a mid-air plane collision over Shelby County in 1969. That deadly aviation action symbolized Indiana’s introduction to multidistrict litigation.