The American Civil Liberties Union of Indiana has filed a lawsuit on behalf of two women against the city of Beech Grove after the city removed comments the two women wrote on Facebook posts the city and police department had made. 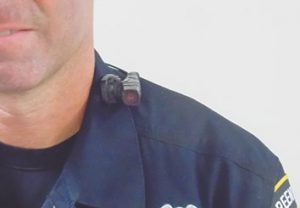 While it was being considered in the Statehouse, Indiana’s police body camera law brought a lot of public interest and at times public outcry. But as the new measure gets ready for action, prosecutors say the Rules of Professional Conduct restrict them from releasing the recordings.

A divided U.S. Supreme Court bolstered police powers on Monday, ruling that evidence of a crime in some cases may be used against a defendant even if the police did something wrong or illegal in obtaining it.

A southern Indiana police department will stop using body cameras because the chief thinks a new law will let too many people view the footage.

Fort Wayne has agreed to pay $125,000 to settle an excessive-force lawsuit with a Michigan man.

Two central Indiana communities have settled a federal lawsuit that alleged police violated the constitutional rights of a girl with autism during a search for a missing woman's body.

More than half of Indiana's police agencies failed to file hate crime reports with the FBI between 2009 and 2014, a trend advocates say is troubling and one reason why state lawmakers need to change the state's standing as one of five states without a hate crime law.

Indiana State Police plans to investigate why Lake Station City Court failed to report license restrictions to the Indiana Bureau of Motor Vehicles, according to an official with the agency.

The city of Evansville has reached a court settlement with a woman whose home was damaged during a SWAT raid as investigators searched for the source of online threats against police.

After two trials and no convictions, Baltimore's top prosecutor faces criticism that she moved too quickly to file charges against six officers in the case involving a 25-year-old black man who died a week after he was critically injured in police custody, triggering protests and riots a year ago.

An Indianapolis man convicted of possession of a firearm by a serious violent felon failed to persuade the Indiana Court of Appeals that the search that led to discovery of the gun wasn’t supported by reasonable suspicion.

A police officer charged in the Freddie Gray case chose Tuesday to stand trial before a judge rather than a jury, eliminating a potential wild card in the divisive and emotionally charged case.

Anderson man shot by police gets 50 years for shooting 2

A central Indiana man has been sentenced to 50 years in prison for shooting two people before being shot by police.

A federal court has scheduled a settlement conference later this month in the case of an Evansville woman who sued the city after her home was violently raided by an armored phalanx of SWAT officers who found no evidence of a crime.

Although the majority found a defendant’s evasiveness in answering identifying questions from a police officer “reprehensible,” the judges reversed the man’s failure to identify conviction because he did eventually provide the information to the officer.

A grand jury in southeastern Indiana has cleared two sheriff's deputies involved in a deadly shooting of an unarmed naked man who charged at them.

Indiana trooper fired for proselytizing on duty to motorist

The Indiana State Police fired a trooper who is facing a second lawsuit accusing him of preaching to citizens while on duty, saying Thursday he disobeyed a written order to stop the practice.