A former federal law clerk and recent in-house attorney has been selected as the newest magistrate judge of the Indiana Southern District Court.

Maley: Proceeding under a pseudonym

The local federal courts regularly address procedural issues that recur from time to time. Most such decisions get little attention beyond the parties but are often informative for many federal practitioners. Whether and how to proceed under a pseudonym is one such example. Two informative opinions from the Southern District of Indiana provide excellent roadmaps.

Magistrate Judge Debra McVicker Lynch of the U.S. District Court for the Southern District of Indiana will retire on Oct. 31 after more than 13 years of service to the federal judiciary, the court announced Monday.

The former Ingalls fire chief is facing a federal sex abuse charge and up to 30 years in prison after law enforcement officers found sexually explicit photos on his smartphone indicating he was engaged in a sexual relationship with a teenage girl in his charge.

A sheriff’s department in southern Indiana has reached a tentative settlement with the father of a woman who died in detention.

Pryor to be officially sworn in as magistrate judge Friday

Doris L. Pryor, the newest magistrate judge in the U.S. District Court for the Southern District of Indiana, will be officially sworn in later this week.The court announced Pryor’s appointment as magistrate judge in November, filling a vacancy created by the Aug. 2, 2017 death of Magistrate Judge Denise K. LaRue after a battle with cancer.

No qualified immunity for city in racially motivated promotions

The 7th Circuit Court of Appeals upheld the denial of the motion of qualified immunity filed by the City of Indianapolis and several officials in a suit filed by three white police officers who claim they were passed over for promotions because of their race. 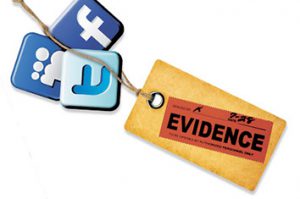 Instant updates on Facebook and Twitter are becoming a staple in people’s lives, and those social media networks are
becoming a more common part of the litigation process in state and federal courts.

A newly appointed federal magistrate in Indianapolis denies any misconduct or knowledge of wrongdoing that a judge says happened during a clean air trial last spring prior to her taking the bench.