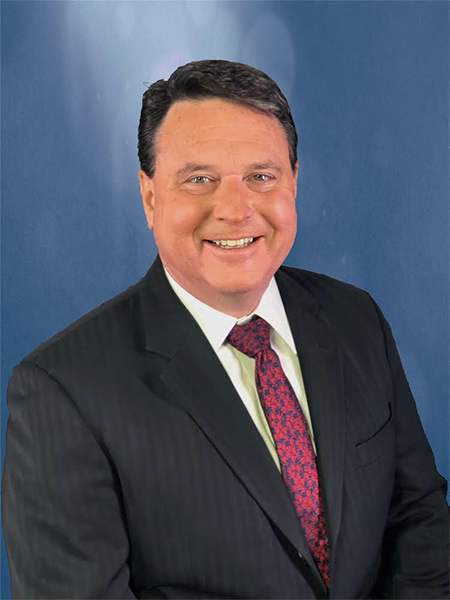 A social media post by Indiana Attorney General Tood Rokita that falsely repeated claims the election was stolen from former President Donald Trump was briefly flagged because of “a risk of violence.”

Editor’ s note: This article has been updated with a response from Attorney General Todd Rokita.

The letter condemning the Capitol attack from the nonpartisan National Association of Attorneys General was signed by 50 Republican and Democratic attorneys general of the American states and U.S. territories, but Indiana was one of three states whose AGs conspicuously did not sign. Louisiana and Montana were the others. All three of those states’ AGs are Republicans.

Rokita on Wednesday pointed to a letter dated Jan. 12 that he sent to the association, which also is posted on his Twitter account.

In the letter, the AG writes, “I certainly join you in the condemnation of the outrageous violence at the U.S. Capitol on Jan. 6, 2021. I lament the violation of personal safety and destruction of property. And most of all, I mourn with you the unnecessary loss of precious life the events of that day wrought.

“Instead of signing your letter, though, I have chosen to communicate with each of you via this letter. That is because I cannot help but wonder where your level of outrage was, as a group, when cities across our country burned last summer,” Rokita wrote. “Indianapolis, my own state capital, suffered days of destruction as windows were shattered and businesses shuttered, many of which will never open again.

“… We must condemn violence in all forms with our loudest voices. … We can uphold the critical Constitutional right to freedom of speech as we oppose any attempt to highjack (sic) a protest to commit violence.”

Rokita’s actions since he was sworn in Jan. 11 have come under scrutiny since his Feb. 14 tweet that was temporarily flagged by Twitter because of “a risk of violence” associated with the post. It repeated the false claim that the 2020 presidential election was stolen from former President Donald Trump and included an illustration of the former president surrounded by stylized hearts and the text, “You stole my heart like a 2020 election.”

As of Wednesday morning, Twitter had removed the warning from Rokita’s tweet, which had also prohibited replies and retweets.

An official familiar with the National Association of Attorneys General statement earlier confirmed Rokita’s office had been contacted and asked to sign the letter. “All state attorneys general were given the opportunity to sign onto the letter. Indiana did not sign on,” Lawrence Pacheco, spokesman for Colorado Attorney General Phil Weiser, wrote in an email. The Colorado AG was among the drafters of the bipartisan statement condemning the Capitol attack, along with AGs from Idaho, Nebraska and the District of Columbia.

The association letter is dated Jan. 13, two days after Rokita was sworn in as AG, one day after he replied stating he would not sign, and one week after the deadly insurrection at the Capitol for which Trump was impeached but not convicted of incitement. The siege of Congress came after Trump rallied supporters to Washington on Jan. 6, continued to falsely claim in a speech that day that the election had been stolen from him, and urged his followers to “fight like hell” and “stop the steal.”

Hordes of Trump supporters subsequently marched on and overwhelmed Capitol security. They ransacked the Capitol, forced the evacuation of a joint session of Congress, intimidated lawmakers and staff, threatened to “hang Mike Pence” and delayed, but did not stop, the election of President Joe Biden through the official count of electors over which Pence presided.

The letter that Rokita, a former Indiana congressman, declined to sign reads:

“We, the undersigned state attorneys general, are committed to the protection of public safety, the rule of law, and the U.S. Constitution. We are appalled that on January 6, 2021, rioters invaded the U.S. Capitol, defaced the building, and engaged in a range of criminal conduct — including unlawful entry, theft, destruction of U.S. government property, and assault. Worst of all, the riot resulted in the deaths of individuals, including a U.S. Capitol Police officer, and others were physically injured. Beyond these harms, the rioters’ actions temporarily paused government business of the most sacred sort in our system — certifying the result of a presidential election.

“We all just witnessed a very dark day in America. The events of January 6 represent a direct, physical challenge to the rule of law and our democratic republic itself. Together, we will continue to do our part to repair the damage done to institutions and build a more perfect union. As Americans, and those charged with enforcing the law, we must come together to condemn lawless violence, making clear that such actions will not be allowed to go unchecked.

“Thank you for your consideration of and work on this crucial priority.”

The next day, Rokita tweeted a statement from his campaign webpage titled “An Experiment in Free Speech,” which largely lamented that Trump and other followers’ social media accounts had been suspended and attacked social media platforms such as Twitter and Facebook.

A little more than midway through the statement, Rokita wrote, “On Friday evening, Twitter permanently banned the President’s account stating that his tweets incited the violence and riots we saw in our Capitol last Wednesday. … To be clear, I also condemn the Capitol violence in the same way and terms that I have condemned the violence last summer. As Lincoln said in his Lyceum Address, ‘violence only begets violence.’”

Those are the only references to the Capitol insurrection in Rokita’s 629-word essay of Jan. 9.

Meanwhile, Rokita is continuing to work for a private health care benefits company while serving in his elected position, raising questions from a watchdog and from Democrats over the appropriateness of that decision, aided by an opinion from a state employee he hired.

Rokita, a Republican, has been working for Indianapolis-based Apex Benefits since February 2019 after choosing not to seek reelection for Indiana’s 4th Congressional District — a seat he had represented since 2010 — and instead pursuing an unsuccessful bid for U.S. Senate in 2018.

He entered the attorney general race in May and, after ousting former GOP Attorney General Curtis Hill in the party’s primary convention race, he defeated Democrat Jonathan Weinzapfel in November.

He also has ownership interest in the company.

Julia Vaughn, policy director for government-accountability watchdog group Common Cause Indiana, said she thinks the dual roles “are quite concerning.”

“Hoosiers need an attorney general who is fully focused on protecting the public interest and given that he isn’t being transparent about the situation, how can we be assured there are no conflicts of interest involved in this?” Vaughn said in an email.

Rokita is defending his continued private sector employment, which was first reported by the political newsletter Importantville.

“Todd Rokita has built up private sector business interests that he will maintain as Indiana Attorney General, which were and will continue to be disclosed as required in publicly available financial disclosure reports and which reflect income from several sources,” Lauren Houck, a spokeswoman for Rokita, said in an email.

Houck said Rokita sought and received an opinion from the Indiana Inspector General’s Office that indicated “his interests and outside employment are all squarely within the boundaries of the law and do not conflict with his official duties.”

Houck said Rokita received the opinion, which he has declined to make public, on Jan. 15. No such opinion has been posted on the Inspector General’s website.

Rokita announced in December that he had hired Torres to be his chief deputy attorney general and chief of staff.

“The fact that Lori Torres now works for the attorney general makes this smell even worse,” Vaughn said.

“Public trust in state government regulators is paramount in ensuring the integrity of our justice system. If that system appears to protect special interests at the expense of Hoosier families, it has failed the state,” the request for records says. “Taxpayers deserve the highest level of conduct and transparency from Indiana’s top law enforcement officer, thus these requests are being made with the most efficient response timeline requested.”

It’s unclear how much Rokita is earning working for Apex or how many hours per week he’s logging. Craft said the job “is on a limited basis.”

According to his biography on the company’s website, Rokita “advises Apex and its growing roster of clients who employ thousands of hard-working people on public policy initiatives, internal corporate strategies and employee benefits compliance outcomes. In the best interest of the company’s clients, he also collaborates with industry experts to drive positive transformation of health care and benefits issues.”

“It is an asset that he now brings this well-rounded private sector experience to his current job, which is desperately needed at a time when too few elected leaders have such experience,” Houck said in the email.