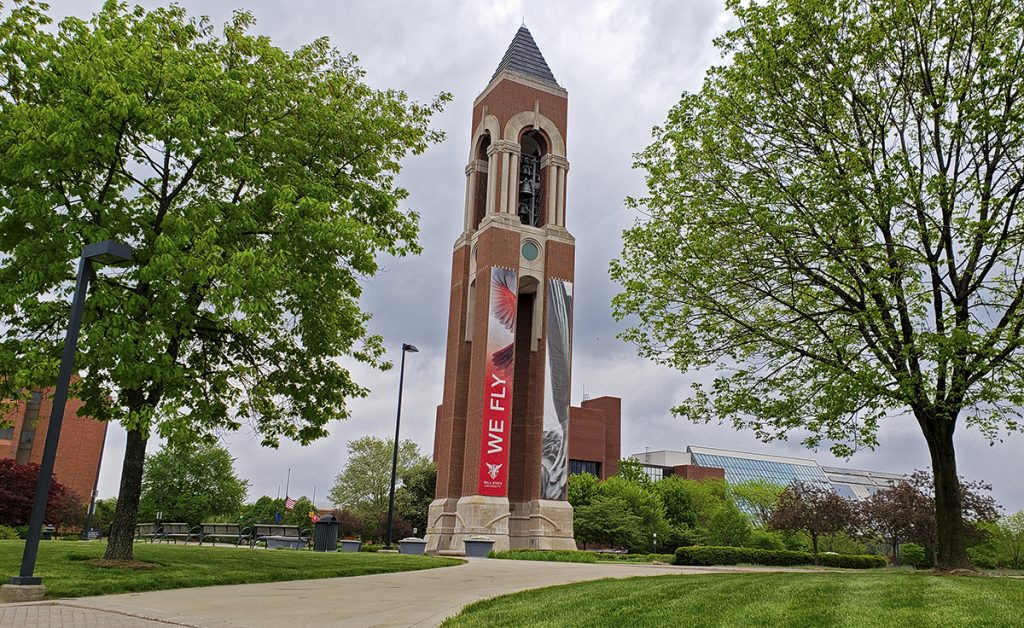 Ball State University has joined a growing number of colleges and universities across the country who have faced a total of 385 federal lawsuits alleging Title IX violations over investigations into allegations of sexual misconduct.(gremlinworks/Shutterstock.com photo)

As the U.S. Department of Education prepares to implement new regulations regarding sexual misconduct on college campuses, lawsuits filed by accused students claiming their rights were violated continue to boil over in the federal courts.

Complaints against institutions of higher education in Indiana have been filed in the Northern and Southern Indiana district courts. Also, a lawsuit against Purdue University — John Doe v. Purdue University et al., 17-3565 – became the first such case to reach the 7th Circuit Court of Appeals.

Education Secretary Betsy DeVos has put forth a proposal that more clearly defines and, in some ways, limits a school’s responsibility in instances of sexual misconduct.

Attorney Scott Shockley of DeFur Voran in Muncie supports the proposed changes. He has represented Ball State University in a variety of matters and was recently successful in defending the school against a Title IX claim brought by a male student.

The proposals, he said, seek to balance the concerns about the rights of the accused students with the rights of the victims. They also seem to be trying to give the institutions an orderly and effective process.

Shockley said the previous guidelines issued under the Obama Administration were in response to the lack of uniformity that institutions of higher education had to addressing allegations of sexual assault on their campuses. “Like most such initial efforts by the government to fix a problem, the solution was imperfect,” he continued. “The proposed modifications to the process need to be given a chance to work.”

The spike in Title IX cases brought by accused students is linked to a “Dear Colleague” letter issued by the Department of Education in 2011. In it, the government encouraged colleges and universities to take a broader approach in addressing alleged sexual misconduct on campus.

As schools adjusted their policies and practices, accused students, who are often men, felt the process was unfair. Many male students were found to have committed the acts of which they were accused and suspended, but the men raised questions about how the investigations were conducted and claimed they were ultimately discriminated against because of their gender.

What has been happening on college campuses is similar to the wider MeToo movement that has spurred allegations and lawsuits along with a reevaluation of behavior and relationships. However, KC Johnson, a Brooklyn College professor who has followed and written about the Title IX lawsuits brought against schools, sees the shift in attitude as posing a special problem for college and universities.

The early MeToo cases, he said, were “textbook sexual harassment” that exhibited a clear disparity of power. Conversely, the claims of sexual misconduct arising from the colleges typically involve two students who are essentially equal, which makes the situation much more ambiguous.

In March, the Southern Indiana District Court ruled in favor of Ball State University after a male student was suspended for two years for allegedly having nonconsensual sexual relations with a female student, M.K., in the fall of 2015. Adam Ross, the student, filed the lawsuit, claiming the school’s investigation into the matter was biased against him because of his gender.

The ruling in Adam Ross v. Ball State University, 1:18-cv-01258, granted the school’s motion for summary judgment. Ross argued, in part, he was incapacitated from drinking alcohol on the night of the incident and not only was he not permitted to listen to a recording of the investigators’ interview of M.K., but university officials did not review the actual recording before making a decision.

Judge James Sweeney was not convinced.

Although these kinds of lawsuits are being filed against universities and colleges around the country, this is the first one filed against Ball State.

However, Johnson noted the Muncie school’s decision to file a motion for summary judgment rather than a motion for dismissal follows a growing trend in these Title IX cases. He speculated the shift in strategy may be driven by the higher bar of evidence plaintiffs need to have for dismissal. Moreover, a failed attempt at getting a dismissal may put more pressure on the school to settle with the student.

Shockley said Ball State sought summary judgment on Ross’ Title IX claim because that was the principal claim. Also, the attorney pointed out, a dismissal, unlike a judgment, could leave open the possibility of the complaint being refiled or filed in another forum.

Ross’ attorney, Brett Osborne of Hocker and Associates, chose not to comment.•