Across Indiana, 44 local jails are currently at capacity. But if half of all pretrial detainees were released, that number would fall to 11. A key lawmaker used that statistic Friday to demonstrate the possible benefits in Indiana’s efforts to release low-level, low-risk offenders as an alternative to cash bail. 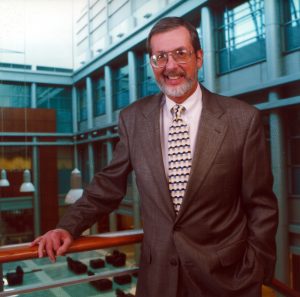 In the middle of what likely was chaos on a spring day in 1971, Norman Lefstein sat down and calmly wrote a petition for habeas corpus.

Advocates say alternatives to detention are benefiting kids, and Indiana is in line with statistics showing that across the country, youth incarceration and juvenile crime are declining.

Study committees for the 2019 interim period have been approved by Indiana’s Legislative Council and will address dozens of issues for review in the coming months, including several legal-focused topics.

In the 2½ years since the Sixth Amendment Center released a report strongly condemning indigent criminal defense in Indiana, public defenders have pressed for reforms. Now, those efforts slowly are beginning to bear fruit as the Indiana General Assembly takes action on reform legislation.

Concerns surrounding the way Indiana adjudicates and rehabilitates its juvenile offenders has resulted in the proposal of a summer interim committee to address how adequately the juvenile justice system is governed.

Leaders of state and national criminal justice organizations are declaring their support for the Indiana Public Defender Commission’s reform initiative, which the commission is presenting to the Indiana General Assembly this year in an effort to secure additional funds to expand and improve indigent defense services statewide.

A Senate bill that would allow the Indiana Public Defender Commission to create guidelines for a multi-county public defender’s office will be heard by a committee Tuesday.

Dinner to honor Landis for service to state

The Indiana legal community will honor its top public defender, Larry Landis, this week for his contributions in the courtroom, the Statehouse and the classroom. A special dinner for Landis will be held beginning at 5 p.m. Thursday at the Indiana Landmarks Center.

Capital cases are entering what one judge calls uncharted territory, faced with determining whether an accused killer is entitled to court-appointed counsel of his choice or must be represented by a lawyer certified to defend death penalty cases. 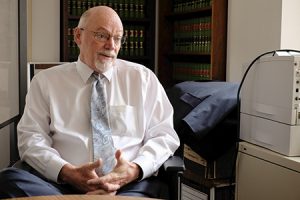 Despite working on Indiana public defense reforms for 41 years, there are still goals Larry Landis wishes he could have accomplished before his impending retirement from the Indiana Public Defender Council. In a perfect world, Landis said his career would have led to more judicial sentencing discretion, a greater focus on mental health treatment, and a justice system that values restoration over punishment.

A bill meant to codify longstanding sentencing practices related to modification of plea agreements is headed to the governor after it passed the Indiana House of Representatives on Tuesday.

A task force that is studying the provision of indigent criminal defense services in Indiana will soon travel the state to gather public input on how those services can be improved. The Task Force on Public Defense announced Wednesday it is launching a statewide listening tour to seek public comment on the inefficiencies in Indiana’s public defense services.

When a court accepts a fixed-sentence plea agreement, prosecutors and defenders alike say the long-standing practice has been for courts to uphold the exact terms of that sentence, absent an agreement between the parties. A recent Indiana Court of Appeals ruling, however, has seemingly put an end to that practice, leading to both a legislative and judicial review of the sentencing issue. 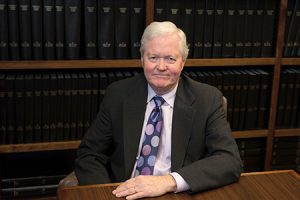 On the heels of criticism from a national organization and multiple lawsuits challenging Indiana’s public defender system, Indiana lawmakers and legal stakeholders are beginning to review the state’s public defense mechanisms to identify strategies for improvement.

Former 7th Circuit Court of Appeals Judge John Tinder is stepping into a new role as chair of an effort designed to assess the current state of Indiana’s public defender system.

As the number of children in need of services cases continues to rise, public defenders across Indiana are stretching themselves to be able to offer competent representation while also serving as many clients as possible. Defenders are likewise feeling a strain on their misdemeanor caseloads.

First Wednesday event to discuss use of force by police

The American Civil Liberties Union of Indiana’s First Wednesday discussion on Aug. 3 is “POLICE: Use of Force – Crossing the Threshold.”