Wilson: When talking aloud to yourself makes sense

It seems people like to complain about Apple Siri’s technology. Most of the time, the complaints seem to be about Siri not recognizing voice commands or accurately converting voice to text. Siri is one of those tools that has a lot of promise. While it has not exactly lived up to the hype, there are some features that are useful. It continues to get better. Here are some thoughts on how you can get more out of Siri and “voice to task” technology.

A man convicted of dealing in meth after a report of his text messages describing a drug deal was used against him has lost his argument on appeal that the report should not have been admitted as evidence.

Apple has agreed to let developers of iPhone apps email their users about cheaper ways to pay for digital subscriptions and media by circumventing a commission system that generates billions of dollars annually for the iPhone maker.

A man convicted of dealing meth based largely on text messages failed to convince the Indiana Court of Appeals that the messages were improperly admitted at his trial.

High court sides with Google in copyright fight with Oracle

The Supreme Court of the United States sided Monday with Google in an $8 billion copyright dispute with Oracle over the internet company’s creation of the Android operating system used on most smartphones worldwide.

Marquez: Tap into the power of unplugging to refresh and recharge

Making a habit of unplugging ourselves from technology is key to improving our effectiveness in all aspects of life. As strange as it sounds, there are some technology tips that can greatly assist in helping to unplug throughout your day.

Candy maker entitled to judgment, but not fees, after woman’s employment sours

A northern Indiana sweets shop whose relationship with an employee turned sour is entitled to summary judgment in the former employee’s lawsuit filed after her smartphone was wiped clean by the company. However, the confectionery has not demonstrated that it is entitled to attorney fees.

A Hancock County trial court must revisit the forfeiture of more than $32,000 related to a marijuana bust after the Indiana Court of Appeals found errors in various evidentiary rulings.

A former Notre Dame men’s basketball assistant coach and former Fighting Irish player has been charged with three counts of voyeurism and one count of domestic battery.

The U.S. District Court for the Southern District of Indiana is warning Hoosiers of scam phone calls being made by “spoofing” the federal district court’s main phone number to intimidate residents, the federal court alerted in a Wednesday announcement. 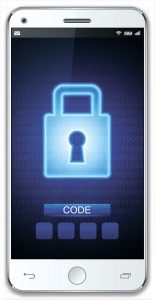 A 3-2 Indiana Supreme Court decision last month ruled that Fifth Amendment protection against self-incrimination extends to court orders for a suspect to unlock her cellphone. Other states, however, have taken the opposite stance, setting the stage for a likely US Supreme Court case.

Using a handheld cellphone while driving will become illegal on Indiana roads under a new state law taking effect Wednesday.

Indiana lawmakers returned to the Statehouse this week after deadlines last week on advancing bills for action during the second half of this year’s legislative session.

Mobile sports betting to debut in Indiana on Thursday

Sports betting is ready to go legally online in Indiana on Thursday, a little more than a month after the state’s casinos started taking game wagers.

Federal court officials in Indianapolis are warning that scammers are using the court’s main phone number to scam and intimidate people.

Consumers can pursue a lawsuit complaining that iPhone apps cost too much, the Supreme Court ruled Monday, adding to Apple’s woes that already include falling iPhone sales and a European investigation. The lawsuit could have major implications for the tech giant’s handling of the more than 2 million apps in Apple’s App Store, where users get much of the software for their smartphones.

A woman found in contempt for refusing to unlock her smartphone in a criminal investigation has informed the Indiana Supreme Court that her criminal cases have been resolved. Now, the high court wants to hear arguments over whether her ongoing appeal is moot.