Home » U.S. Attorney for the Northern District of Indiana
prev next

The U.S Attorney’s Office for the Southern District of Indiana collected roughly $12.2 million in civil and criminal forfeitures in fiscal year 2022. 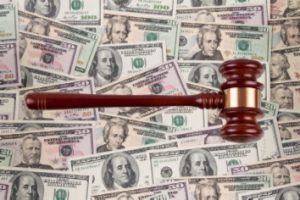 The U.S. Attorney’s Office for the Northern District of Indiana collected $7,065,356.11 in civil and criminal actions for the fiscal year 2022, the office announced Dec. 21. 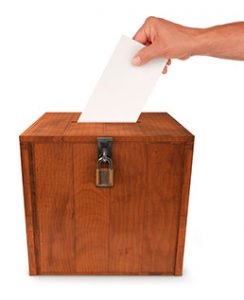 The U.S. attorney for the Northern District of Indiana has appointed an assistant United States attorney to lead the efforts of his office in tandem with the Justice Department’s national Election Day Program. 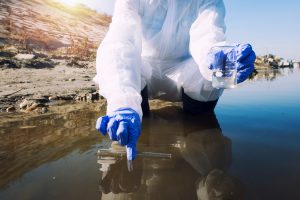 A furniture manufacturer has agreed to pay $9.8 million to fund cleanup efforts at an Elkhart federal Superfund site.

Even as Americans are paying more at the gas pump and grocery checkout, filings for bankruptcy protection have continued to decline, dropping 17.7% nationally and 19.1% in the 7th Circuit for the year ending June 30, 2022.

South Bend attorney Sven Eric Marshall has been sentenced to serve more than 10 years in federal prison and ordered to pay $1.94 million in restitution for defrauding investors in his former business, Trust & Investment Advisory Services of Indiana, Inc.

Purdue University must face a lawsuit brought by two former students alleging violations of their rights after they were disciplined following their reports of alleged incidents of assault.

United States attorneys for the Northern and Southern Districts of Indiana collectively brought in more than $10 million in criminal and civil actions during fiscal year 2021.

The Indiana Department of Child Services won a judgment from the U.S. District Court of the Northern District of Indiana on Friday following allegations from a man who claimed a caseworker entered his home to take photos without permission, resulting in the removal of his children.

Indiana is welcoming a historic milestone as the first African American U.S. attorneys to serve in the Hoosier State were confirmed by the U.S. Senate on Thursday night.

The U.S. Senate Committee on the Judiciary on Thursday approved the U.S. attorney nominees for the Northern and Southern districts of Indiana on a voice vote with none of the senators opposing the Hoosier lawyers.

The two nominees for the U.S. attorney positions in the Northern and Southern districts of Indiana are scheduled for a vote Thursday in the U.S. Senate Committee on the Judiciary, moving the Hoosier State closer to filling the top federal lawyer seats that have been vacant since late 2020.

The case management and electronic filing system used by the U.S. District Court for the Northern District of Indiana will get a facelift this fall once it upgrades to the next generation of CM/ECF.

8 US attorney picks by Biden would include historic firsts for Indiana, nation

Eight new individuals have been nominated by President Joe Biden for U.S. attorney positions across the country, including attorneys for Indiana’s Northern and Southern districts.

Federal prosecutors announced Tuesday a second man believed to be involved in a Gary bank robbery that resulted in the fatal shooting of a security guard has been charged.

Gary T. Bell will be tasked with legal and administrative duties such as managing the court’s budget, information technology, jury services and processing staff.

As he marked the two-month anniversary of his presidency, Joe Biden had not nominated anyone to either the federal bench or a U.S. Attorney’s Office, which distinguished him from his two most recent predecessors. One retired member of Indiana’s judiciary, however, is calling attention to the worrisome problem that beyond open positions, the state has no clearly defined process for identifying qualified Hoosiers to fill the vacancies.

A nonlawyer who prepared bankruptcy petitions for northern Indiana clients has pleaded guilty to two counts of subornation of perjury for falsely claiming in court filings that she was paid half the fee she actually charged clients.

The Justice Department will ask U.S. attorneys who were appointed by former President Donald Trump to resign from their posts, as the Biden administration moves to transition to its own nominees, a senior Justice Department official said Monday.

The U.S. District Court for the Northern District of Indiana is accepting applications for a new clerk of court in anticipation of a vacancy in the post this summer. The current clerk, Robert N. Trgovich, has announced he will retire this summer.