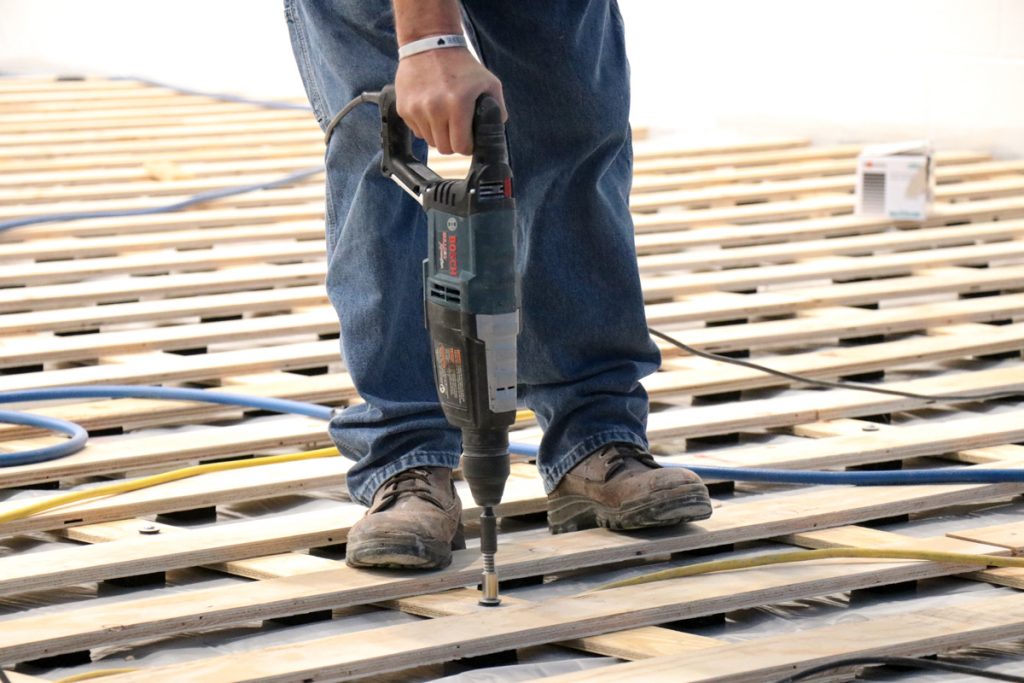 Workers on construction sites across Indiana can be found nailing plywall from atop scaffolds, scaling roofs or painting newly built homes. But what isn’t evident is whether those workers are part of a shady trend construction industry experts say is a serious concern — payroll tax fraud.

Certain contractors in the construction industry will misclassify workers, falsely listing them as 1099 workers or independent contractors in order to avoid federal and state employment laws. That in turn robs them of regular benefits that other employees receive, and experts say it also robs the state and federal government of hundreds of millions in tax dollars.

A bill in the Indiana General Assembly that would have tackled the growing issue missed its chance by a hair this legislative session, but its author promises to champion the cause again next year.

Senate Bill 126, authored by Republican Sen. Mike Bohacek of Michiana Shores, would have held contractors on a higher tier accountable for their subcontractors’ actions by creating a task force intended to weed out “labor brokers” in the construction industry. Those subcontractors, he said, encourage laborers misclassified as independent contractors to not pay taxes.

The bill specified that general contractors for certain projects would be “jointly liable with any subcontractor or professional employer organization for penalties and unpaid taxes or deposits with a governmental entity resulting from failure to comply with any law, regulation, ordinance, or contract provision requiring licensing, bonding, insurance or self-insurance, or misclassification of an employee as an independent contractor.”

It also would have provided a procedure for the initiation of an investigation into tax fraud.

“It’s a growing issue. If we are really not enforcing laws on the books, what is the incentive for people not to do it?” Bohacek said.

The model looks like this — a general contractor will hire out subcontractors for specific jobs such as plumbing, painting or carpentry, who in turn hire individuals considered to be “labor brokers.” Those brokers will then hire laborers to do the construction as “independent contractors,” who are paid without leaving money trails.

That practice is harmful to those in the construction industry who conduct their business honestly, said the Indiana/Kentucky/Ohio Regional Council of Carpenters, which represents tradespeople and contractors across the Midwest.

“While we represent 35,000 members across the three states, we also represent those who are less fortunate and not represented, who are basically abused in the construction industry,” said Todd Pancake, executive secretary-treasurer of the council.

“If I tell you what time to show up to work, what to do when you get to work, when to go to lunch, when to come back, what time you get off, you are an employee,” he said. “But then at the end of the week when it’s time to get paid, I say, ‘Hey, you are a 1099 independent contractor and I’m not going to pay unemployment tax and provide workman’s compensation for you.’ The contractors that practice that type of business model are the ones contributing to that $406 million loss that the state is seeing on an annual basis.”

“In our industry … if a contractor cannot pay unemployment insurance or workman’s comp and get away with not paying federal, state and local taxes on an individual and then claim them as 1099 contractor and no one is policing this, there is (nothing) to keep them being honest,” Stanford said.

Randy Palmateer, business manager for the Northwestern Indiana Building and Construction Trades Council, also sees payroll tax fraud in the construction industry as an evolving concern that needs to be addressed by the state.

“It’s a growing threat, especially on the painting and carpentry side. That’s where we see that the most,” Palmateer said. “Basically, these employers are not paying into our local income tax, FICA, Social Security, workers compensation, so in turn they are 30 or 40% lower an hour on a bid and they are undercutting the legitimate businesses that are doing it the right way.”

Lacey Nix, marketing communications director of the Indiana/Kentucky/Ohio Regional Council of Carpenters agreed, pointing out that if someone is a law-abiding contractor, their bid against a contractor engaging in tax fraud will not be competitive.

“You’ll be blown out of the water,” Nix said. “It hurts the good contractors and the community because that’s a huge loss of revenue. We’re in the middle of a global pandemic right now, and our state could use that money for so many different things. If there was just some enforcement or law, I think our state would be a lot better off.”

Senate Bill 126 was one vote shy of moving out of the Senate Committee on Pensions and Labor on Feb. 17, but Bohacek said he plans to bring the issue back during next year’s Indiana legislative session.

Although the legislation didn’t move forward, Stanford said it’s a promising start for policing tax fraud in the construction industry.

To shed more light on the issue, the Indiana/Kentucky/Ohio Regional Council of Carpenters will host its third annual Tax Fraud Day of Action on April 15. The event invites lawmakers and the general public to raise awareness and take action against construction industry tax fraud.

“We want to make sure that we stay in front of it and raise as much awareness regarding tax fraud and worker misclassification throughout the state as possible,” Stanford said.•