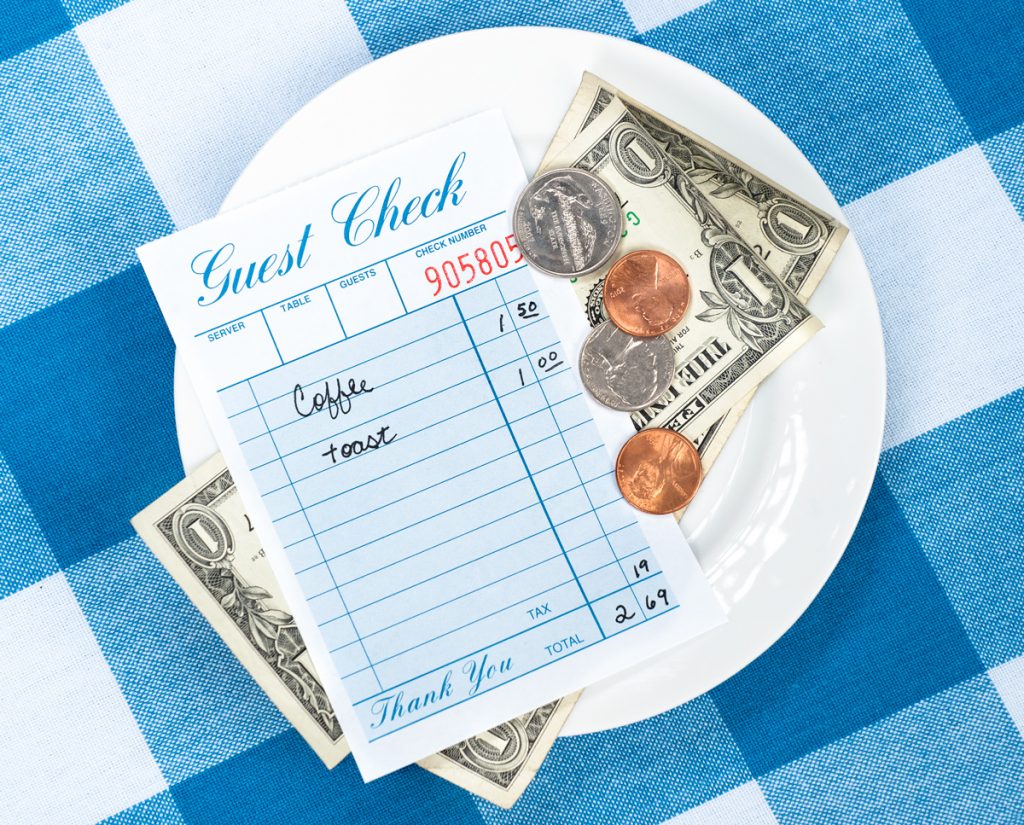 Proposed changes to the country’s tipped employee regulations have caused a stir among some states and worker advocates, prompting a temporary halt of further movement from the U.S. Department of Labor.

Under the proposed Tip Regulations Final Rule change, the DOL would have changed the standard for determining when restaurants are required to pay servers a full wage instead of counting tips toward the minimum compensation.

Among the proposed changes, back-of-house workers like dish washers and prep cooks would be allocated a portion of the pooled gratuities tipped to front house workers like bartenders or servers, so long as a tip credit is not taken. That portion of the rule change would also expressly prohibit managers and supervisors, as defined in the final rule, from sharing in tips.

A second component of the proposal would have eliminated the well-established “80/20” rule limiting the percentage of time a tipped worker could spend performing traditionally non-tipped duties and still take a tip credit. Rather than paying those employees the subminimum wage of $2.13 if a tip credit is taken, restaurants owners are required to pay at least the full federal minimum wage of $7.25.

The final rule, introduced by the Trump administration in October 2019, was published Dec. 30, 2020, with an effective date of March 1, 2021. By late January, however, the department proposed delaying the rule’s effective date to April 30, 2021, after receiving pushback from several state attorneys general and organizations.

Eight states including Delaware, Illinois, Maryland, Massachusetts, Michigan, New Jersey, New York and Pennsylvania, along with the District of Columbia, filed a lawsuit seeking to enjoin the proposed final rule. The 47-page complaint focuses mainly on concerns about effectively killing the 80/20 rule, asserting the DOL’s elimination of the rule was arbitrary and therefore violates the Administrative Procedure Act.

Specifically, the state AGs in the complaint contend the department did not adequately identify and weigh the costs and benefits of the rule’s elimination.

“I do think that the lawsuit raises legitimate concerns about the impact on already lower wage workers in the restaurant industry. I’m on the side of the workers and hope they get their fair shake under the FLSA for the work that they do,” said Indianapolis employment attorney Robert Hunt.

Under the federal Fair Labor Standards Act, covered, nonexempt employees must be paid at least the federal minimum wage of $7.25.

According to the DOL, employers of tipped workers are only required to pay $2.13 an hour in direct wages if that amount plus the tips received equals at least the federal minimum wage, the employee retains all tips, and the employee customarily and regularly receives more than $30 a month in tips.

If an employee’s tips combined with the employer’s direct wages of at least $2.13 an hour do not equal the federal minimum wage, employers must make up the difference.

“Under the Trump Administration’s guidance, there was an idea to make things easier on employers than trying to focus on the percent of time employees were doing these tasks,” said South Bend employment attorney Christopher Rubey, of counsel with Barnes & Thornburg.

But on the opposite end of the spectrum, Rubey said there are concerns that employers could potentially exploit that by assigning generally tipped employees to tasks uninvolved with tipping, such as helping to prepare food, wrapping silverware or refilling condiments.

“I don’t think a little bit more time to investigate it is bad to review this. The 80/20 rule was pretty well settled before this, and the DOL wants to look at COVID concerns and make sure that they come up with the best policy to use,” he said.

In the absence of having any worker protections, the 80/20 rule ensured 80% of workers’ time was spent on customer face-to-face interaction and only 20% was spent doing side work, said Yamila Ruiz of One Fair Wage.

“That is to deter employers from paying a subminimum wage and encouraging workers to come in and clean,” Ruiz said. “Otherwise, if you are an employer and you are greedy, why wouldn’t you just pay $2 an hour and have people come cook or clean bathrooms, refill condiment containers, shovel snow, etc.?”

The removal of the 80/20 rule, Ruiz continued, would thus permit more employers to consider employees tipped and pay the subminimum wage of $2.13 an hour with nearly no barriers.

“That is hugely problematic,” she said.

Whether the Biden administration will defend or overturn the final rule remains to be seen, but some employment attorneys anticipate the latter.

“I think that the $2.13 an hour tip credit is a huge benefit to the restaurant industry in that they don’t have to pay as much as any other employer in the country,” Hunt said. “I think that there needs to be, and have been, hard and fast rules as to when that applies, and they are not complicated to follow.”

But the proposed rule change is complicated, Hunt said, giving employers what he considers to be leeway in what they have to pay employees.

“I would be pretty shocked if we don’t go back to the 80/20 rule,” Rubey said. “It has been pretty well established so far and it seems to be something that is expected.”

“We believe it should be delayed because of its improper narrowing of worker protections and also worry that employers will take tips which would be in violation of the recent FLSA 2018,” she said. “Essentially these rules are a bad idea and we are hoping the Biden administration will overturn them. And they likely will.”•