Eli Lilly and Co. has won another patent-infringement lawsuit against a competitor who was preparing to launch an alternative form of the chemotherapy drug Alimta prior to its patent expiration in May 2022.

The Supreme Court is wrestling with a modern-day dispute involving the pirate Blackbeard’s ship that went down off North Carolina’s coast more than 300 years ago. The justices on Tuesday heard arguments in a copyright case over photos and videos that document the recovery of the Queen Anne’s Revenge, discovered in 1996.

A Florida intellectual property attorney who represented Indiana clients has been suspended from the practice of law for 30 days for failing to disclose to clients that his firm was pursuing patents under an agreement with another company that charged clients to develop, protect and market their inventions.

Cole: Congress to the rescue in race to save software patents

When it often takes three to five years to secure a patent, you don’t want to empty your patent application pipeline if you think the law will change in the near term. And now it is looking increasingly likely that Congress will step in and bring order to the current chaos.

While license agreements are often complex, we have seen many common pitfalls in licenses for patents and know-how (trademark and copyright licenses present similar issues, but are beyond the scope of this article). A “top 10” is a somewhat arbitrary list, but here goes:

Lechleiter, Dodge and Griffin: Alice in Wonderland — the uncertain state of patent eligibility

The law surrounding a key patent statute, 35 U.S.C. § 101, is “a real problem” that is “almost impossible to apply consistently and coherently” and “needs clarification by higher authority.” When federal appellate judges make statements like these, the issue is worth further exploration. 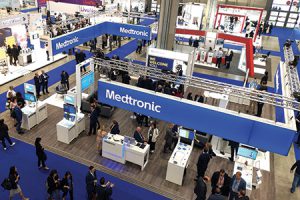 Dr. Rick C. Sasso, an Indiana spine surgeon and inventor, has won a sweeping, five-year legal battle against medical-device giant Medtronic, with a jury awarding him $112 million in damages Nov. 28.

Dr. Rick C. Sasso, an Indiana spine surgeon and inventor, has won a sweeping, five-year legal battle against medical-device giant Medtronic, with a jury this week awarding him $112 million in damages. Sasso, president of  Indiana Spine Group, claimed Medtronic had violated a contract by not paying royalties he was due for spinal implants and screw-implant systems he had invented and licensed to the company more than a decade ago. 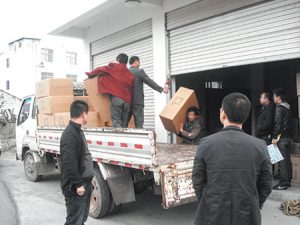 The brewing trade war between the United States and China has shone a renewed spotlight on a longstanding source of contention between the two economies: intellectual property theft.

The Supreme Court has upheld a challenged practice that is used to invalidate patents without the involvement of federal courts. 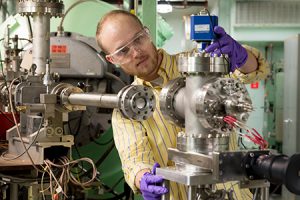 With the help of the intellectual property law clinics at Indiana University Maurer School of Law and Notre Dame Law Schools, inventors are securing patents and protections that could give their ideas the commercial boost the need to compete in the marketplace.

Detecting cancers and cardiovascular diseases now may be a bit easier thanks to a new patent secured by the Notre Dame Law School’s Intellectual Property and Entrepreneurship Clinic. The portable invention may help doctors detect such serious diseases faster and more economically by using biomarkers.

The U.S. Patent and Trademark Office has designated the Indiana University Maurer School of Law’s Center for Intellectual Property Research as the patent hub for the commonwealth of Kentucky, expanding the center’s previous designation as Indiana’s patent hub.

Accused infringers might have a greater incentive to save their patent invalidity arguments for federal court or International Trade Commission litigation after the U.S. Supreme Court renders its decision in SAS Institute, Inc. v. Matal, U.S., No. 16-969.

Although it only affirms what has been said before, a September decision from the Federal Circuit Court of Appeals is nevertheless surging in popularity among inventors and their attorneys because it reminds the U.S. Patent and Trademark Office that the standard of “broadest reasonable interpretation” for evaluating patent applications does not mean “broadest possible interpretation.” 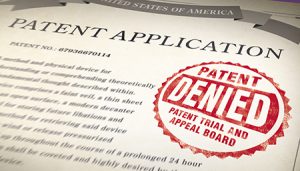 SCOTUS to decide whether patent challenges must be heard in court

In the wake of hefty attorney fees and an onslaught of what was viewed as unnecessary litigation filed by “patent trolls,” Congress authorized the Patent Trial and Appeal Board to begin conducting inter partes reviews of patent challenges in 2012 as an efficient and cost-effective alternative to patent litigation. But now, the popular IPR process could be in jeopardy as the United States Supreme Court considers whether federal law requires patent challenges to be adjudicated in court.

A Delaware federal judge’s ruling this week in a medical-device patent-infringement suit against Bloomington-based Cook Medical further tightens venue choice rules in patent cases that were limited in a Supreme Court holding this year.

A pair of suppliers to the recreational vehicle industry are headed back to court after the U.S. Court of Appeals for the Federal Circuit revived the infringement claims made after a patented two-part seal was discovered on an RV in an Elkhart County, Indiana, factory.

A northern Indiana judge ruled that a recreational vehicle supplier’s patent-infringement suit against a competitor will move forward, in part because former employees of the plaintiff company are alleged to have encouraged infringement.