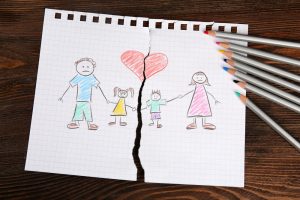 A mother who has been both a “victim and perpetrator” of domestic violence has failed to convince the Court of Appeals of Indiana that her children aren’t CHINS. 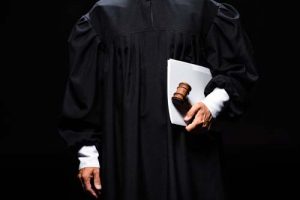 COA holds video evidence of little use to defendant

Video from a domestic violence incident at a liquor store would likely not have helped a South Bend man avoid a felony conviction and revocation of his probation, the Court of Appeals of Indiana has ruled.

An Indiana woman who secured a protective order against her ex-husband stemming from an incident with their daughter was unable to convince the Court of Appeals of Indiana that the order was necessary.

A felony domestic battery charge against former Crawford Circuit Judge Sabrina R. Bell could be dismissed by next summer if she complies with the terms of a pretrial diversion agreement, which includes completing a domestic abuse intervention program.

In March of 2021, Aubrey Shoemaker grabbed her child and fled from Indiana to the safety of her family in Alabama. The next day, she walked into an Alabama courthouse and filed a petition for an order of protection against her husband, Austin Shoemaker. Three days later, Austin filed for divorce and emergency custody of his child in Henry Circuit Court. Thus started a fight that initially involved two trial courts in different states issuing conflicting orders.

The Indiana Supreme Court has terminated the suspension of now-former Crawford Circuit Court Judge Sabrina R. Bell after she recently resigned from her position and agreed to not hold judicial office ever again.

Embattled Crawford Circuit Court Judge Sabrina R. Bell, who was previously disciplined for her role in a 2019 brawl-turned-shooting, has resigned from her post and agreed to never hold judicial office again following her arrest for allegedly hitting her ex-husband in front of their children.

The U.S. District Court for the Southern District of Indiana will host an in-person and virtual training session next month for lawyers interested in receiving training on modest means and pro bono representation of domestic violence victims.

A trial court didn’t abuse its discretion when it admitted evidence of subsequent bad acts committed by a Fort Wayne man who continued to abuse his girlfriend after his arrest, the Court of Appeals of Indiana has ruled.

Domestic violence in central Indiana grew more prevalent and severe in the first year of the pandemic, according to the 2020 State of Domestic Violence Service Report released Tuesday.

Indiana Gov. Eric Holcomb has signed into law a bill that aims to foster a more efficient legal process for domestic violence and child abuse cases where witnesses are likely to fail to appear or not testify truthfully.

Hammond woman gets 20.5 years for running over boyfriend

A northwestern Indiana woman who was convicted of killing her boyfriend in 2019 by running him over with her car has been sentenced to 20½ years in prison.

A man who violated the terms of his plea agreement within one month of sentencing has failed to convince the Court of Appeals of Indiana that the trial court erred in revoking his placement on home detention in favor of an executed sentence.

A proposed bill that would have removed lawyers’ exemption against obstruction of justice charges has passed out of an Indiana Senate committee, but the provision regarding lawyers was stripped in an amendment.

Finding no prosecutorial misconduct or circumstances warranting a mistrial, the Court of Appeals of Indiana has affirmed a man’s two felony convictions following a domestic violence incident.

The Indiana Court of Appeals on Tuesday upheld a protective order requested by a father on behalf of his son after a domestic incident occurred with his mother’s former boyfriend that left the kid with a bloodied nose.

COA: No error in detaining teen during competency restoration after attacks on mom

A Marion County court wasn’t in the wrong when it ordered a teenage girl to be detained while she received competency restoration services following numerous acts of domestic battery and criminal recklessness against her mom, the Indiana Court of Appeals has ruled.

Three people including a police officer were wounded and a suspect was dead in a shooting connected to a reported domestic disturbance in Indianapolis, authorities said.

Lawyers interested in receiving training on modest means and pro bono representation of domestic violence victims will be offered a virtual training session hosted by the U.S. District Court for the Southern District of Indiana in August.

A man convicted of felony domestic battery against his wife failed to convince the Indiana Court of Appeals that his wife did not suffer “moderate bodily injury” raising his crime to a felony level.